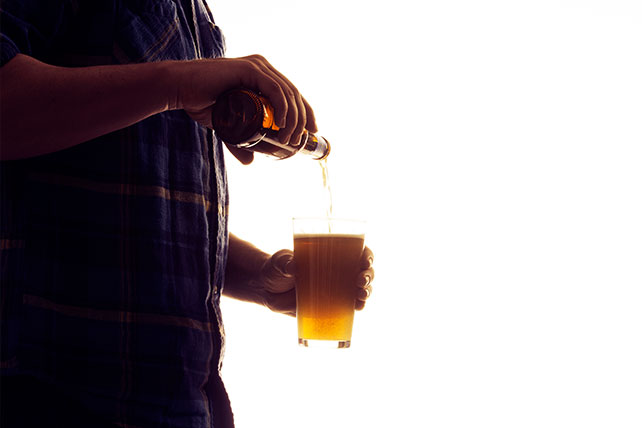 Drunk at a Prayer Meeting

At The Gathering 2014, New York Times writer David Brooks gave a fascinating talk called “How to Be Religious in the Public Square,” in which he said that we live in an achievement culture, where success is our primary pursuit. We live by two sets of virtues, two non-overlapping categories: the resume virtues – things we bring to the marketplace – and the eulogy virtues – things we want said about us at our funerals. Brooks concludes, “In our secular achievement culture, we all know the eulogy virtues are more important, but we spend more time on the resume virtues.”

Brooks goes on to say that when we live this way, what we’re left with is a self-satisfied moral mediocrity. We’re satisfied as long as people seem to like us, as long as we feel like we are winning. But inside, we notice this humiliating gap between our actual selves and our desired selves.

Throughout Scripture, we are told that love is the ultimate virtue. All the commands, the entire blueprint of what it means to be truly and fully human, Jesus said, are summed up in love for God and neighbor. It is the love of God that compelled him to send his Son to save a broken humanity, to rescue us from ourselves. It is a life of love that determines truest success. While the resume virtues matter, the eulogy virtue – agape love – is supreme.

The Wideness In God’s Mercy

Don’t you love how Jesus dealt with damaged, condemned people?

A woman is caught in the act of adultery. She sins against God. She wrecks a home. She brings shame upon herself and to her community. Pious men take her shame public. Lawbreakers must not be tolerated. She must be condemned for her behavior, cast out for her infidelities, shamed for her shameful act. She must be made into an example.

This is what happens in a group of people who have sound theology but are lacking in love. A coliseum culture develops. Everyone rallies around a common enemy – the sinner. Robbers, evildoers, tax collectors, adulterers and adulteresses. And then the pouncing and the piling on. Shame. What’s wrong with the world? Other people, says the mob surrounding the adulteress. Other people are what’s wrong with the world. Those who aren’t part of our “us.”

After twenty-three years serving in pastoral ministry, I have never met a person who fell in love with Jesus because a Christian scolded them about their ethics or their lifestyles. Have you?

Once we were having a small prayer gathering with some friends. Just before we began praying together, in came a husband and a wife that we had never met. They had been invited by someone else in the group. The man, who I will call Christopher, was very intoxicated, and his wife had this been-through-war, can-somebody-please-help-me, I’m-dying-inside look on her face.

As we prayed together, Christopher decided to chime in. His was a drunk prayer that went on for over ten minutes. He prayed some of the strangest things, as you might imagine.

After the “Amen,” everyone looked at me. What will the pastor do? Thankfully, I didn’t need to do anything because a woman from the group, full of love and emotional intelligence, offered Christopher a cookie. As the woman was giving him a cookie and entertaining conversation about Klingons and such, five or six others went over to his wife and begged for insight on how they could help the situation.

This little interaction, this way of responding with love and no-condemnation first, became one of the most transformative experiences I have ever witnessed. To make a long and wonderful story short, the kindhearted offer of a cookie led to a tribe of people coming around the couple and their two young children, which led to a month of rehab in Arizona – including flights and personal visits to and prayers and support offered at the rehab center by church members, which led to sobriety, which led to a restored home and marriage, which led to Christopher becoming a follower of Jesus, which led to him also becoming an elder in the church.

To this day, Christopher remains among the best, most empathetic, and most impactful church elders I have ever had the privilege of serving alongside.

Grace comes before ethics, belonging before behavior, kindness before repentance, “no-condemnation” before the morality discussion. Love – the broad embrace of the narrow path, the ultimate eulogy virtue – creates the most life-giving experiences you’ll ever be part of.

How can we even begin to live from agape so that Christopher stories become the norm versus the exception? How do we create an environment in which this kind of love flourishes?

Here’s how. We must first realize that LOVE is the environment we are already living inside of. Love has to be a Person to us before it can become a verb. And the One who is Love Incarnate — Jesus — doesn’t just love us when we’re at our best. He also loves us when we are at our worst.

When we are caught in the act. When we fall asleep on him instead of watching and praying with him. When we deny him three times. When we become his persecutors. When we come into his prayer meetings drunk – drunk on our ambition, our greed, our resentful grudges, our pornographic imaginations, our self-righteousness.

From these places he asks, “Do you like cookies? May I get you one? Will you sit with me? How about rehab…may I accompany you there? May I pay the fee? May I come alongside you toward sobriety, then a new life, then a seat at my Table, then a job in my Kingdom? I went to the battlefield, I loved from the battlefield, to set this love trajectory for your life.

All you must give me in return is nothing.

All you must relinquish to me is your need.

Come ye sinners, poor and needy
Weak and wounded, sick and sore.
Jesus, ready, stands to save you,
Full of pity, joined with power…
Let not conscience make you linger,
Nor of fitness fondly dream.
All the fitness he requireth
Is to feel your need of him.

It starts with resting and receiving. It starts by stopping.

Perhaps we should stop trying to love like Jesus and instead, first learn what it means to be with him, yes?

Because the more we are with Jesus, the more we will become like him. Love is caught more than it is achieved. Get close to LOVE, and love tends to rub off.

Let’s pursue this path, the love path, the eulogy path…shall we?