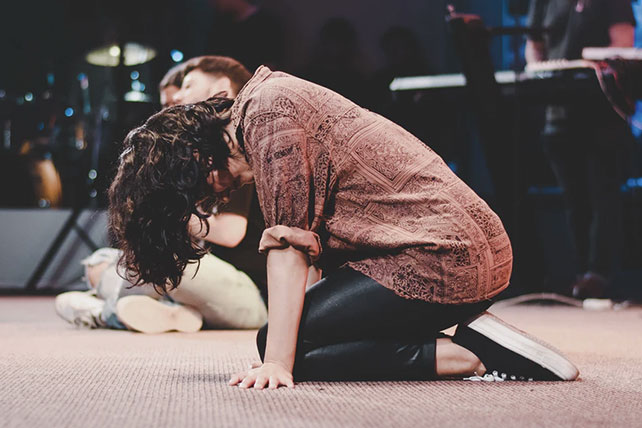 The Unseen Church Is Praying Today

There have been a lot of loud voices lately.

Because of their volume and persistence, it seems like there are more of them than there actually are.

But underneath it all, there is a much larger majority of God’s people who are not silent, but they aren’t loud, either.

Quiet, But Not Silent

They aren’t fearful, but they are concerned.

You don’t hear from them, but that doesn’t mean they’re silent.

They gather in small, unseen churches and in small groups from big churches. In homes and neighborhoods.

They believe that doing the work is more important than making a lot of noise.

Their lack of volume does not mean a lack of passion.

Their lack of visibility does not mean a lack of effectiveness.

They believe working quietly is more effective than yelling loudly.

Compassion is stronger than anger.

Love is bigger than hate.

Unity does not require uniformity.

Faith is stronger than fear.

Justice is better than violence.

Mercy is more powerful than victory.

Serving is more essential than leading.

Praying Today And Every Day

The unseen church is praying today.

Not because of an election. But because that’s what they do every day.

They know that prayer is the glue that holds us together.

The hope that seeps in through the broken parts.

The light that overcomes the darkness.

After all the big decisions have been made and the loud voices move along to the next big issue, their prayers will keep on going.

And the day after that.

You may never see them.

But they’re here. And they’re not going away.