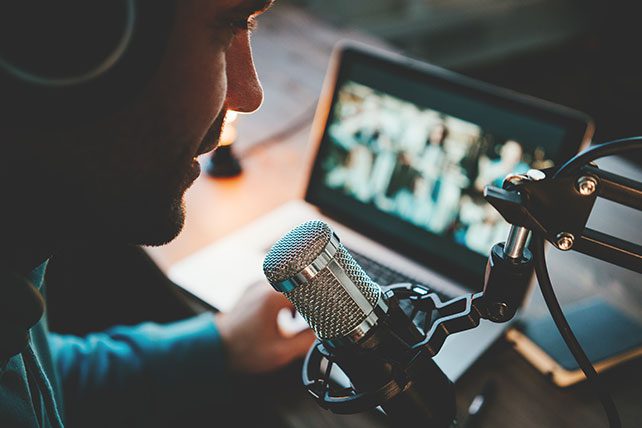 As a media consultant, I have the opportunity to help some of the largest churches and ministries in the country create effective, high quality media outreaches. In most cases, they are experienced, committed media savvy pastor who understand the value and the power of the media.  But I also have the opportunity to spend time with less experienced pastors and ministry leaders who feel just as called to use media in a meaningful way, but have serious questions like:

“Will it compromise my message?”
“Will it be too expensive?”
“Will my preaching or teaching ministry really work on television?’
“I only have 100 people in my congregation, can I still use the media?”
“Is it an effective use of our money?”

There are many questions, and many options as well. Perhaps you’ve wondered about many of these issues before, or listened to Christian radio or watched Christian television late into the night thinking, “I could do that” but just have no idea where to start.  I feel your pain.  But the good news is yes – even if you have only a handful of people in your congregation, you can use the media.

I’ve taught media classes and workshops around the world, and I’ve seen people in the most remote places in Russia, Africa, India, and South America producing programs. Today, there’s a young Russian woman producing a local Christian television program in one of the most isolated cities in Siberia.  She started with a department store video camera and a VHS tape deck, and yet it’s reaching thousands of people with a message of hope. She is a media savvy pastor.

Before you start, there are some critical things you need to know to be an effective media savvy pastor. Here’s five vital principles as you begin your journey.

Most churches and ministries are happy to spend serious money on equipment, and then hire untrained volunteers to operate it. But remember – God works through people, not equipment. I would much rather have creative, innovative people working with second rate equipment, over great equipment operated by average people. When you allocate your budget – concentrate on qualified and committed people before you purchase state-of-the-art equipment.

2. Consult with Someone Who Understands the Media

Your brother-in-law may be a wonderful guy who loves your ministry, but chances are he doesn’t know anything about the media. Find someone with real experience in the business who can guide you and give you the best advice. Perhaps there’s someone in your church with experience. If not, call a media ministry you watch and respect, or Christian college with a mass communications department, and ask for their recommendations.

3. Learn How to Tell a Story

It’s no surprise that the most watched programs on secular television are story based. Even reality programs are built around a story. It’s critically important to remember that ultimately – as a pastor, you’re telling a story. A simple story about how God chose to become one of us and share His eternal plan with people who didn’t deserve it. That’s it. It’s not just about close-ups, cuts and dissolves, better lighting, or quality sound. It’s about telling a story. This coming Sunday, thousands of pastors will step up to the pulpit without telling a single story. And yet, when you study the life of Jesus, that’s just about all he ever did. Stories touch people, and change their lives.

Christian media is so filled with it’s own “lingo,” that most of the people we’re trying to reach can’t even understand us. But when I read the New Testament, Jesus spoke in a language and style people understood. Why have we lost that ability? Why have we created an entire vocabulary of words and phrases that only church members can understand?

5. The Importance of the Package

On our home cable TV system in Los Angeles, we have nearly 500 channels. With TV remotes, our experience and research indicates that most people take an average of two to three seconds to decide which program to watch. Therefore, it doesn’t matter how powerful your message is – if the rest of the program can’t keep their attention, they’ll never watch long enough to hear it. We need to package our messages in an innovative and exciting way so people will want to watch and listen.

THis article on being a media savvy pastor originally appeared here, and is used by permission.