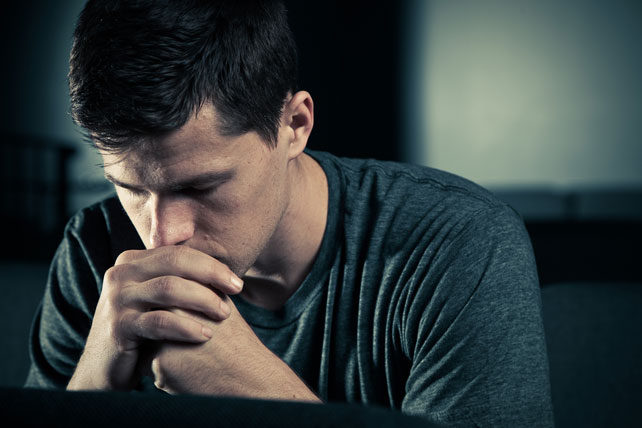 Words are cheap. It’s easy to tell someone what they want to hear. Deeds are costly, because we can only do one thing at a time. To do one thing is to say “no” to 10,000 others in that moment. To merely say something is to leave our options open: who knows what might happen next? Tucked away in Matthew’s gospel (and only Matthew’s gospel, 21:28-32) is the short parable regarding repentance:

“What do you think? There was a man who had two sons. He went to the first and said, ‘Son, go and work today in the vineyard.’

“‘I will not,’ he answered, but later he changed his mind and went.

“Then the father went to the other son and said the same thing. He answered, ‘I will, sir,’ but he did not go.

“Which of the two did what his father wanted?”

“The first,” they answered.

You can tell it’s a repentance story by the way Jesus connects it to John the Baptist’s ministry, which was all about repentance. But there’s a key moment before last verse. The first son “changed his mind” (v 29, and also 32) and then went out to work in the vineyard. This isn’t the normal word we associate with repentance, it’s closer to the idea that he changed his cares. It’s as if the very moment he said “no” it created a kind of anxiety that dogged his steps the rest of the day—until he simply headed out to the vines and started doing the work.

As in so many parables, perhaps Jesus invites us to read behind the lines. I began to wonder, “What kind of son blurts out ‘No’ but then lives out ‘Yes?’” And why didn’t the father try to correct the son immediately? And why does the second son so easily say “Yes” but so easily does his own thing without regard to either his father or his own words? Clearly there are at least two kinds of people in the small world of this story: people who lead with their feelings and those who cover their feelings with the “right words.”

The first son doesn’t want to go to work that day, and he doesn’t care who knows it. But something tugs at him. We don’t know how long the tug-of-war went on but we do know the result: the son does what the father asks. Not long after Jesus tells this story, we see Jesus in the Garden of Gethsemane telling his Father that he would prefer another path. From the many Biblical descriptions of that prayer in the garden we learn that it was powerfully charged with emotion; it was raw with honesty and struggle.

The second son knows exactly what the father wants to hear and says it immediately, even easily. Jesus leaves us to wonder whether the second son ever had any intention of going to work. Maybe he did; maybe not. Maybe he was on his way to the vineyard and fell prey to distraction or amusement. Maybe he knew from the start that he was going to stay home and play video games. Maybe the father knew it, too. (This is part of the beauty of parables: there are so many maybes!)

But Jesus has a definite purpose in the parable. His audience are the religiously-minded Pharisees, who were experts in saying the right things while doing the wrong ones. They were practiced in appearances. They were religious professionals. They were also among those who demanded the death of Jesus.

But just so we wouldn’t miss his meaning, Jesus jumps from the parable to real life. The tax collectors and prostitutes of that culture know the tug-of-war. They care about what they say—and do. They are capable of feeling remorse and changing direction. The beauty of John the Baptist’s ministry was how he provided a way for those who were on the outside to find their way back into God’s kingdom: it was “the way of righteousness” (v 32). Remorse that leads to repentance means return and restoration. It’s the way back. In a chilling final application of the parable, Jesus pointed out that those who were practiced at saying the right things may be the very people incapable of feeling the right thing.

As with so many of the Lord’s parables, we are left to wonder which group we are in. It is a common weakness among Christians to mistake knowing the right answer for living the right answer. Life with God is never a written exam; it is always a practical one. Will I find myself playing religious games with religious friends, or will I find myself among God’s true people, doing God’s good work?