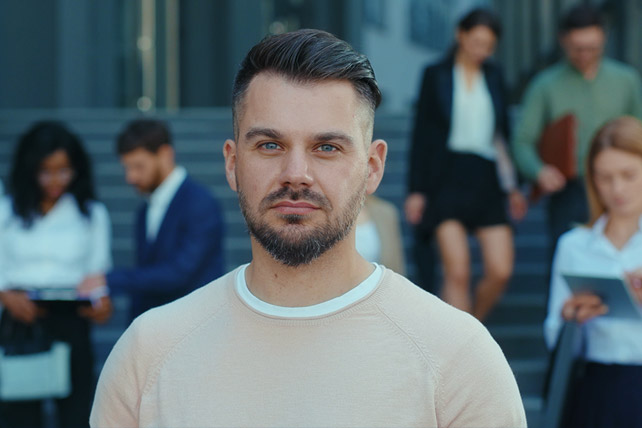 It has been said that what you will be like in five years is based on two things: The books that you read and the people you spend time with.

It is difficult to underestimate the impact of the people who surround you.

I once heard one of my college professors make a passing reference to a marketing study of teenagers. Apparently, several high school students were asked to give their opinions regarding a particular style of jeans. Overwhelmingly, the students thought that they were the ugliest jeans they had ever seen! The researchers waited a few months and then went back to the same high school.

They took key opinion leaders—the captain of the basketball team, the head cheerleader, the first-string quarterback, the homecoming queen, and the student body president—gave each one a pair of the jeans and asked them to wear them regularly to school for a month without telling anyone why they were choosing to wear the new style.

By the end of the month, local stores were besieged by students wanting to know where they could find the new fashion.

The influence of others doesn’t diminish as we grow older.

Baseball fans are familiar with the name of Casey Stengel, famed former manager of the New York Yankees. When Billy Martin took over as manager, Stengel had some interesting advice for him.

He said, “Billy, on any team there will be 15 guys who will run through a wall for you, five who will hate you, and five who are undecided.”

Stengel then said: “When you make out your rooming list, always room your losers together. Never room a good guy with a loser. It won’t spread if you keep them isolated.”

If you are surrounded by spiritually positive and healthy people, you will find your own spiritual life and development boosted. The opposite is equally true—there are those who can actually weaken you spiritually, lowering your commitment and resolve.

This is the importance of maintaining a relational inventory in your life at all times.

This is not meant to exclude people who need our influence. As John Maxwell has wisely pointed out, there is a difference between helping those with perpetual attitude problems and enlisting them as our close friends. The closer our relationships, the more influential their attitudes and philosophies become to us.

Consider the life of Jesus.

He cared about everyone, but there were certain people whom He was drawn to relationally. For example, Jesus pulled Peter, James and John off to the side to be with Him at spiritually important times, such as the raising of a little girl from the dead, as well as the transfiguration where Moses and Elijah came and spoke with Jesus. It was also Peter, James and John whom Jesus called to be with Him at His most difficult times, such as in the Garden of Gethsemane the night before His crucifixion.

You could also make a case that Mary, Martha and Lazarus were important to Jesus in terms of strategic relationships. An interesting statement in the Gospel of John says, “Jesus loved Martha and her sister [Mary] and Lazarus” (11:5). In fact, Jesus seemed to purposefully orient His travel plans in order to stay at their house.