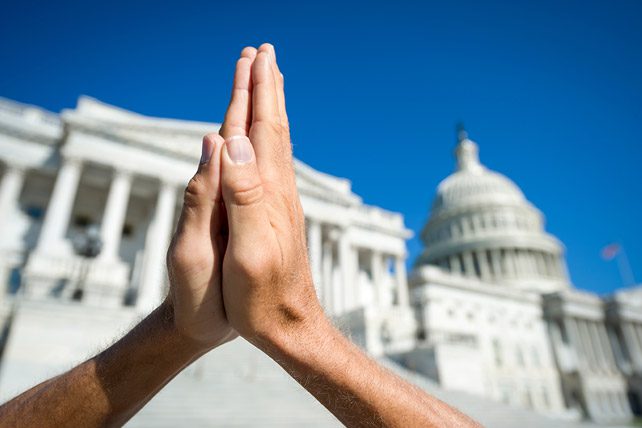 Politics matter, and if you are a Christian, you should be politically active. The reason is because culture matters. The world matters. We are citizens in this world, and the Bible says that as citizens we have a duty to the world in which we live.

Jesus couldn’t have made this clearer than in His famed Sermon on the Mount when He called us to be salt and light (Matthew 5:13-16).

Those were important metaphors.

In Jesus’ day, salt was one of the most useful and important elements you could possess, but it wasn’t because of what it did for the taste or the seasoning of food. The main use for salt was as a preservative. If you had a fish or a piece of meat that you couldn’t eat right away, you would take some salt and rub it in. The salt would keep the meat from decaying. So when Jesus said that we should live a life that is like salt to the earth, He meant that we should live life in such a way that our very presence in the world acts like salt on the world.

Then Jesus called us to be the light of the world. Letting our light shine is having what Christ is doing in our life, and the truth about what Christ wants to do in everyone’s life, be known. The light is the message of Christ.

We work against moral and cultural decay.

We work for truth.

This means being a passive observer of culture is not an option. As John Stott once noted: “One can hardly blame unsalted meat for going bad. It cannot do anything else. The real question to ask is: ‘Where is the salt?’”

This obviously includes involvement in politics.

I get asked from time to time whether a Christian should even bother with politics or bother to vote. They might say: “Well, what difference is it going to make? God is going to do what God is going to do.” This is a terribly passive approach to civic engagement and a deeply flawed fatalism that you won’t find supported in the Bible.

Let me put this as clearly as I know how: For a Christian, it is unconscionable not to be engaged in politics. Christians can and should pursue vocations in politics, work for legislation and most certainly vote. To fail to do so is abdicating our role as salt and light.

But how should a Christian be political?

There are three dynamics to keep in mind (And here, I am writing with my American audience in mind, but it’s easily transferable.):

1. When It Comes to Politics, You Are First and Foremost a Christ Follower.