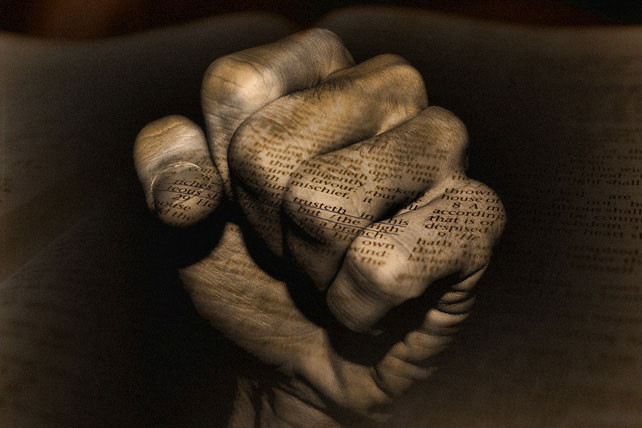 One of my favorite authors lately has been Professor N.T. Wright. You know when you read a particular author at just the right time and their words seem to help answer the internal struggles you’ve been wrestling with? Dr. Wright has been that to me lately. His work on the Resurrection of Jesus as well as his insights into the actual world of Jesus is second to none. Right now I’m reading his book, Surprised By Scripture, which basically gives each chapter to some of the most divisive or tough to answer questions of our day (science vs. religion, women in leadership, etc.). It got me thinking of what topics I’d add or want to ask him about that weren’t included in this book, including the use of violence in the Old Testament. One I am always thinking through, and specifically get asked by a lot of you guys when I’m on the road or in the YouTube comments, surrounds reconciling violence in the Old Testament with the New Testament, as well as cases of violence in certain parts. So, I asked Wright about six questions pertaining to this that he was so gracious to answer via email (since he’s across the pond). Hope it blesses you guys as much as it blessed me!

NOTE: Professor Wright wrote this as a disclaimer to his answers when he sent that back to me: “I’m happy to give short answers to these, but actually these are HUGE questions that really demand a much more thorough and careful response.” So know that the questions can be large enough for a university course or lecture, but he’s been gracious enough to give us a few thoughts to get the wheels spinning and hopefully push us toward further truth.

I know the “old vengeful God in the Old Testament and nice, loving hippie-like Jesus in the New Testament” is actually a really horrible reading and understanding of the scripture. A closer reading shows these as caricatures and a massive false dichotomy. God in the Old Testament has numerous examples of mercy, grace and love, while Jesus also has some very harsh things to say. But, even with that said, it does seem like an inconsistency of character when comparing the violence in Old Testament to the New Testament. Why is that?

The question arises because we all tend to assume that the Bible is to be read ‘in the flat’ as simply giving ‘revelation’ about God, the world, humans, etc. Once you realize it is a story, a lot of this looks different. And once you realize—which only comes with the cross of the Messiah—just what an appalling mess the world was actually in, everything looks completely different. God the creator is not vengeful; he is simply utterly and implacably determined to bring heaven and earth together for ever, and for that to be even thinkable, evil itself needs to be eradicated. It is we, with our fear of being told off or found out, who resent the fact that God puts his finger on every aspect of evil within us and without, and who therefore blame God for being ‘nasty’ when in fact, like a doctor refusing to tolerate the slightest trace of the disease, he is determined to complete the rescue operation for the whole world, leaving no trace of corruption or decay.

What about specific examples of God commanding violence on large scales (like Deuteronomy 13 and 1 Samuel 15)? If God is like Jesus, and always has been like Jesus, then how is this consistent with Jesus’ teachings in the Sermon on the Mount? The Cross seems to show that evil loses through self-giving love and sacrifice (loving enemies). I understand Israel needing to survive as a nation as a reason for commanded violence in the Old testament, but wondering if there’s more.

This is of course one of the largest and most complex questions. Yes: With the cross we see not only that love wins, but that God takes the pain and shame of the world ultimately upon himself. The previous answer is part of a pointer, but as with many other aspects of the Hebrew scriptures, there is a deep and necessary ambiguity built into it all. The ambiguity is necessary because when humans rebelled, God didn’t write them out of the story but chose a human family to work through to rescue the world—recognizing that this family, being themselves part of the problem as well as the solution-bearers, would mess things up in all sorts of ways. God is thus working ‘against the grain’ of Israel’s natural (Adamic) tendency in order to work ‘with the grain’ of the world-rescuing project. This comes out again and again. Once more, this becomes much less problematic once we stop seeing the Bible ‘in the flat,’ as though one should be able to read off the same point from any moment in the story.

If I was an Israelite before the time of Jesus, and I was following the Old Testament and Torah, I feel like I would come away from it looking much more like a Pharisee, scribe or Sadducee—not like Jesus or the things He said. Why is that? It seems like God could’ve been much more obvious with the Old Testament, but instead set up a system that was conducive to creating people that Jesus had clashes with?

For this, we need Romans 9-11 (of course!) … but also Galatians 3 and Hebrews and many other passages. We also need Luke 24: Even the disciples were ‘slow of heart to believe what the prophets had spoken.’ It is as though there was a necessary strangeness, darkness, about the whole thing; again, because of the problem to which the cross and resurrection of the Messiah were the necessary answers, only in the light of this would the rest make sense. The cross and resurrection are not simply the salvific event; they are the epistemological centre. It isn’t simply that the cross and resurrection provide the material for what we know about God and God’s saving purposes; they provide the means for how we know this. To suppose that God should have ‘made it easier’ by advance predictions which any Jew with half a brain could have worked out is to suppose that the problem of human sin and mental darkness wasn’t so bad after all.