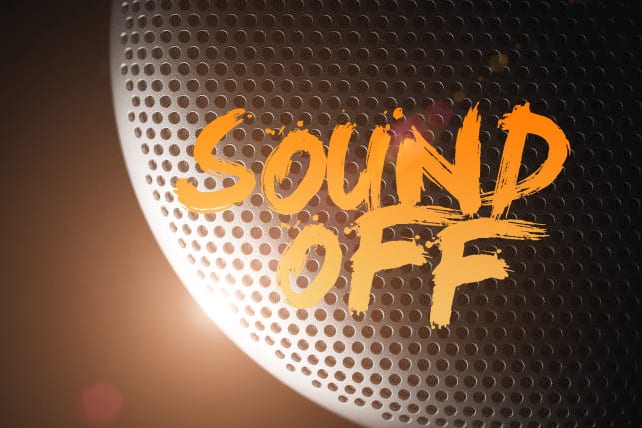 In a world of instant hot takes and online takedowns, it’s never been easier for pastors to get engaged in polemics.

And yet, just because we have a way to make our voice heard does not mean it’s always wise to speak. I don’t pretend that I’ve arrived at some golden mean when it comes to polemics. I imagine some people say, “That guy is so opinionated!” while others feel like, “He never says anything about that!” It’s easy to think everyone else is either too soft or too pugnacious. I know the temptation.

But over 15 years of pastoral ministry, I’d like to think I’m at least a little smarter about polemics than I used to be. If not holier and wiser, then just more seasoned. Here are some of the questions I ask myself before sounding off on the most recent blogging brouhaha or charging headlong into the latest denominational melee. I don’t go through all 10 as some sort of checklist, but these are the thoughts often rattling through my brain.

1. Am I making the problem bigger than it needs to be by giving people my microphone? Sure, I may be annoyed by that post or that podcast. And maybe what was said shouldn’t have been said. But before I respond publicly—especially to something that wasn’t even directed at me—I need to consider if I’m only going to make matters worse. Most dumb stuff out there disappears in a week, if not in a day or two. Why should I make a martyr out of someone hardly anyone is talking about? Why should I direct more eyeballs to a discussion that has been languishing in obscurity?

2. Am I becoming a one-trick pony? When I co-authored a book on the emergent church, I often told myself and told audiences: I don’t want to be talking about this in 10 years. And by God’s grace, I don’t think I am. I said that not only because I hoped the movement would lose steam (which it did) but also because I had no interest in being the anti-emergent guy for the rest of my life. To be sure, we may feel a particular calling to address a certain issue. We need people whose “thing” is justification or religious freedom or biblical eldership or whatever. But we should be on high alert if our “thing” is always to be the critic, even if what we criticize is deserving of criticism.

3. Do I know enough to contribute meaningfully to this discussion? I’m reading Tom Nichols’s fascinating book The Death of Expertise. It’s not an apology for elitism. It’s a sustained argument against the hubris of thinking that we know as much as anyone else about everything. We don’t. I don’t. It may seem like everyone wants you or me to say something. But maybe it’s OK for you and I to admit that sometimes we don’t really have much to say.

4. Is a public response the best way to make a difference? Because so many of our thoughts and photos and experiences are open to worldwide consumption, we tend to think that nothing really counts unless it happens in the public square. Consequently, it seems as if you don’t care or haven’t done anything until (or unless) you’ve said something online. Rubbish. There is much good (often much more good) that can be done—polemical and otherwise—through private conversations, building institutions, nurturing relationships and mentoring disciples.

5. Is this confusing real flesh and blood people I know? This is usually the trip wire for me. As far as I can remember, every instance of theological polemics I’ve been a part of—from the emergent church to Rob Bell to Jesus Hates Religion to issues surrounding sanctification—was initiated because people in my church were asking questions.

6. Is this helping me to faithfully pastor my own congregation? I’m sure there are many non-pastors reading this post. Most of these questions apply to all Christians. But pastors in particular need to think about this one. We have been called to a specific people in a specific location. We have not been ordained and installed as pastors-at-large to the “online community.” If our social media activity means we don’t have enough time to prepare our sermons and pray with the saints, we have our priorities backward. Our online presence should be an extension of caring for our own flock, not a replacement for doing the more important work of pastoral ministry.

7. Am I looking to persuade or to emote? If we want to possibly, maybe, actually change someone’s mind, we have to be careful, circumspect, and include the necessary caveats and qualifications. If the aim is simply to vent our frustrations, may I suggest keeping a handwritten journal instead.

8. How would I talk about this issue or to these people if they were in the room? I started writing more carefully once I started meeting the people I was writing about. The goal is not to be man-pleasers, just generally humane. I think I can now honestly say that I never write something critical about someone without assuming that (1) he or she will read it, and (2) I will meet him or her someday in person. Whether those two things are true, I don’t know. But it makes me more careful. And it helps me sleep much better at night.

9. Is my style of communication reinforcing what I hold dear or undermining it? We’ve all seen it before (and probably have done it ourselves). The grace guy who shows no mercy. The spiritual formation guru who is a constant crank. The “I’m not perfect” blogger who points out everyone’s imperfections. When we you see someone practicing something different than they preach, common sense says I’m not buying what you’re selling.

10. What is the motivation of my heart? If you skip the other nine questions, don’t skip this one. I have to ask myself at times, Why am I so riled up? Why am I pounding out this post? What is going on in my heart right now? If truth be told, we are all tempted by the same things: pride, fear of man, love of the praise of man, the need to prove ourselves, the need to defend ourselves, the allure of making a name for ourselves, the desire to be thought courageous, smart and godly. Is that why we all do what we do online? I don’t think so. It’s certainly not the only explanation. But is it the reason a lot of what ends up online ends up online? Probably. You can’t fix all that. Neither can I. But we can look at our own hearts and pray that God would keep working on those.