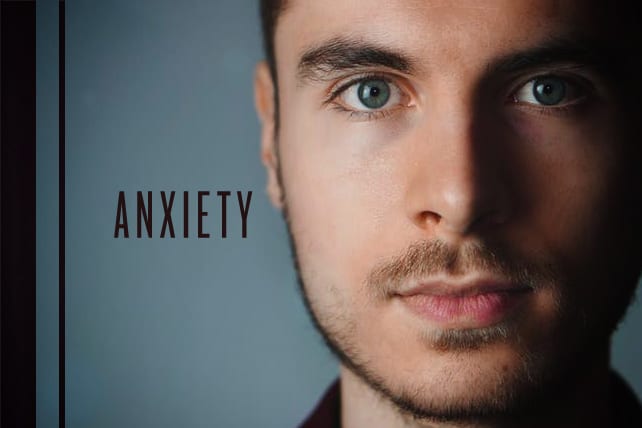 Second Corinthians 11:28 always seemed like a strange verse to me—until I became a pastor. Here’s Paul, rattling off all the ways he’s been beat up for Jesus—imprisonments, lashes, rods, stonings, shipwrecks, drifting at sea, sleepless nights, hunger and thirst, cold and exposure, danger from everyone everywhere (vv. 23–27). And then, as the cherry on top, Paul mentions one more trial: “Apart from other things, there is the daily pressure on me of my anxiety for all the churches” (v. 28). This is the mighty apostle, the one who counted it a joy to “spend and be spent” for his people (12:15), the one who was sorrowful yet always rejoicing (6:10). This is the Paul who faced every imaginable opposition and yet learned to be content (Phil. 4:11) and anxious about nothing (4:6). And here he is admitting that even with everything else he’s endured, he still feels pastoral anxiety for all the churches.

Ever since I became a pastor, I have found unusual comfort in this verse. It’s not that I have accomplished what Paul accomplished or suffered what he suffered, but every earnest minister feels this burden for the church. And Paul had several churches to burden him. The churches were full of infighting and backbiting. They put up with false teaching. They were prone to legalism on one end and complete chaos on the other. Some of the church members were making insignificant matters too important, while others were too willing to compromise on Christian essentials. Paul loved these churches, and their struggles burdened him more than shipwreck or imprisonment.

Before I go any further, let me be clear: I don’t think pastors are the only ones with burdens. In many ways, we have the best job in the whole world. I certainly feel exceedingly thankful to do what I do on most days. I have no interest in comparing the difficulty of pastoral ministry with the difficulties of other vocations. All I want to do is to encourage pastors to keep fighting the good fight and encourage congregations to keep encouraging their pastors.

I’m not surprised Paul felt daily pressure for the churches. His work never seemed to let up. He had letters to write, visits to make and a collection to gather for the saints in Jerusalem. He had to send people here and there, and manage the affairs of his churches from a distance. He had to respond to myriad criticisms, often conflicting criticisms. Some people thought he was too harsh. Others said he was too weak. Some people in his churches were ascetics and thought Paul was worldly. Others were licentious and thought Paul was too ethically demanding. They questioned his credentials. They compared him negatively to the original apostles. They thought him lame compared to the false apostles. They didn’t like his preaching style. They didn’t like his discipline. On some days, they just didn’t like Paul anymore. All this for the man who led them to Christ, loved them like a father, refused their money and risked his neck for their spiritual good. No wonder there was no weight for Paul like the weight of caring for God’s people.

Ask any pastor who really takes his work seriously and he will tell you of the pressures he feels in ministry—people in crisis, people leaving, people coming, people disappointed by him, people disappointing to him. In the midst of this work, the pastor is trying to find time for study, prayer, preparation, and family. He’s trying to improve himself, train up new leaders, meet the budget, get to know a few missionaries, champion important programs, provide for deep, accessible worship and preaching, be responsive to new ideas, listen to new concerns, and be ready to help when people are in trouble.

And most pastors feel a burden for all the other things they could be doing: more evangelism, more for the poor, more for missions, more to address global concerns and more to address social concerns. There are pastors reading this who wonder if the church is still responsive to their preaching; if the leadership will ever be responsive to their leading; and if the congregation will ever grow like the churches they hear so much about. On top of all this, every pastor has his own personal hurts, his own personal mistakes and his own spiritual health to attend to. We are all weak.

But be encouraged. God uses weak things to shame the strong (1 Cor. 1:27). His grace is sufficient for you; His power is made perfect in weakness (2 Cor. 12:9). For the sake of Christ, then, be content with weaknesses, insults, hardships, persecutions and calamities. For when you are weak in pastoral anxiety, then you are strong (v. 10). Paul had pressure. You have pressure, too. But God can handle the pressure. And He looks good when you can’t.