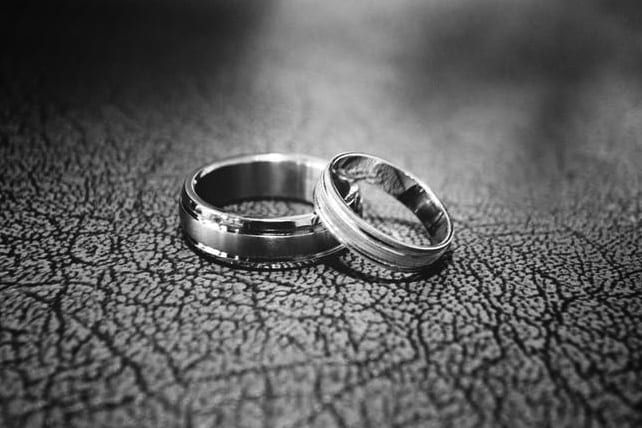 In June 2015, the U.S. Supreme Court ruled that same-sex couples can marry in all 50 states, setting off a flurry of reaction by Christians and virtually everyone else on social media and beyond.

Ed Stetzer wrote a helpful background post to the shift in opinion that led to the decision and included links to a number of other leading articles in his post.

The social media reaction ranged from surprising to predictable to disappointing to occasionally refreshing.

I write from the perspective of a pastor of an evangelical church in a country where same sex-marriage has been the law of the land for a decade.

That does not mean I hold any uniquely deep wisdom, but it does mean we’ve had a decade to process and pray over the issue.

I hope what I offer can help. It’s my perspective. My fingers tremble at the keyboard because my goal is to help in the midst of a dialogue that seems far more divisive than it is uniting or constructive.

There will be many who disagree with me, I’m sure, but I hope it pulls debate away from the “sky is falling/this is the best thing ever” dichotomy that seems to characterize much of the dialogue so far.

Here are five perspectives I hope are helpful as church leaders of various positions on the subject think and pray through a way forward.

1. The Church Has Always Been Counter-Cultural

Whatever you think about history, theology or exactly when this shift happened, it’s clear for all of us that the world into which we were born no longer exists.

Viewpoints that were widely embraced by culture just decades ago are no longer embraced. For some, this seems like progress. For others, it seems like we’re losing something. Regardless, things have changed fundamentally.

But is that really such a big deal? For most of the last 2,000 years, the authentic church has been counter-cultural. The church was certainly counter-cultural in the first century.

Even at the height of ‘Christendom’ (whenever that was), the most conservative historians would agree that Christianity as embraced by the state was different than the authentic Christianity we read about in scripture or that was practiced by many devout followers of Jesus.

Being counter-cultural usually helps the church more than hurts it.

If you think about it, regardless of your theological position, all your views as a Christian are counter-cultural and always will be. If your views are cultural, you’re probably not reading the scriptures closely enough.

We’re at our best when we offer an alternative, not just a reflection of a diluted or hijacked spirituality. 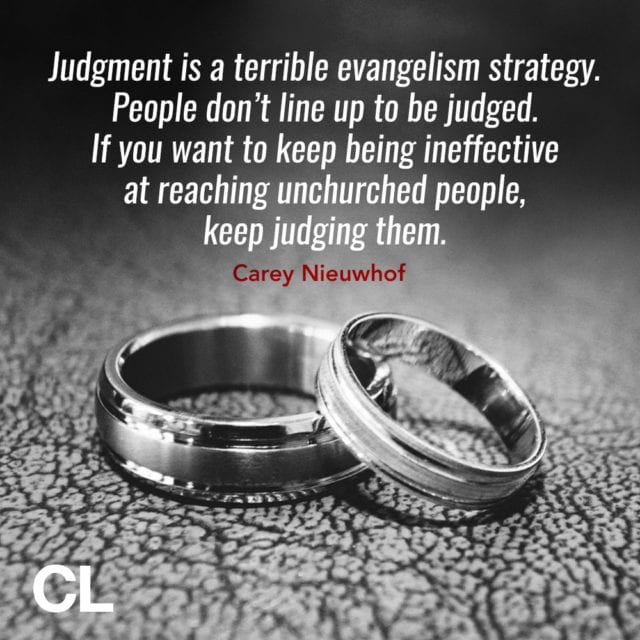 As the Barna Group has pointed out, a growing number of people in America are best described as post-Christian. The majority of Canadians would certainly qualify as having a post-Christian worldview.

The question Christians in a post-Christian culture have to ask themselves is this:

Why would we expect non-Christians to behave like Christians?

If you believe sex is a gift given by God to be experienced between a man and a woman within marriage, why would you expect people who don’t follow Christ to embrace that?

Why would we expect people who don’t profess to be Christians to:

Wait until marriage to have sex?

Clean up their language?

Be faithful to one person for life?

Most people today are not pretending to be Christians. So why would they adopt Christian values or morals?

Please don’t get me wrong.

I’m a pastor. I completely believe that the Jesus is not only the Way, but that God’s way is the best way.

When you follow biblical teachings about how to live life, your life simply goes better. It just does. I 100 percent agree.

I do everything I personally can to align my life with the teachings of scripture, and I’m passionate about helping every follower of Christ do the same.

First, non-Christians usually act more consistently with their value system than you do.

It’s difficult for a non-Christian to be a hypocrite because they tend to live out what they believe.

Chances are they are better at living out their values than you or I are. Jesus never blamed pagans for acting like pagans.

But he did speak out against religious people for acting hypocritically. Think about that.

3. You’ve Been Dealing With Sex Outside of Traditional Marriage for a LONG Time

If you believe gay sex is sinful, it’s really no morally different than straight sex outside of marriage.

Be honest, pretty much every unmarried person in your church is having sex (yes, even the Christians).

If you believe gay marriage is not God’s design, you’re really dealing with the same issue you’ve been dealing with all along—sex outside of its God-given context.

You don’t need to treat it any differently.

By the way, if you don’t deal with straight sex outside of marriage, don’t start being inconsistent and speak out against gay sex.

And you may want to start dealing with gluttony and gossip and greed while you’re at it. (I wrote more here about how to get the hypocrisy out of our sex talk in church.)

At least be consistent…humbly address all forms of sex outside of marriage.

The dialogue is possible. (Andy Stanley offers a great rationale for sex staying inside marriage here.)

We have that dialogue all the time at our church.

And people are grateful for it.

We also talk about our greed, our gluttony, our jealousy and our hypocrisy as Christians. It’s amazing. Jesus brings healing to all these areas of life, including our sex lives.