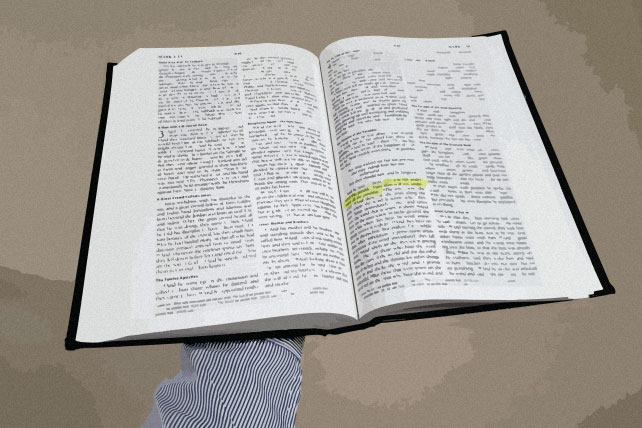 There are many advantages to preaching through books of the Bible. One “disadvantage” is that you’ll occasionally have to preach a text that you really do not yet fully understand. But even this, I believe, is healthy for the preacher and the congregation. So what do you do when you spend your week laboring over a difficult text with a couple valid options and you still don’t know where you land before you preach a text?

Let’s say you are preaching through Matthew 11 (or Luke 16) and you come upon this doozy:

From the days of John the Baptist

This is a very difficult verse to translate (you’ll notice this by the different translations). The word for “suffered violence” only appears here and in Luke 16. And its form can be either in the middle voice or the passive voice. This leads to a couple of questions. First, is the kingdom advancing violently or is the kingdom being violently acted upon? Second, are the ones “taking it by force” doing a good thing or are they the persecutors?

How you interpret this passage will have a bearing on the way you preach/apply this passage.

If it’s in the middle voice then you’d perhaps share an illustration about standing in line at Wal-Mart on a Black Friday. You don’t just passively sit outside the store and quietly wait your turn in line. If you want that big screen television you push and claw your way to being one of the first ones in line. Likewise, if your heart has truly been changed then you go after Christ with this type of vigor. Are you desperate for Christ? Or can you take him or leave him?

Personally, I take a view that it’s in the middle voice “the kingdom is forcefully advancing” but I don’t see the “forceful men” as positive. Therefore, I’d be a bit uncomfortable making the Wal-Mart illustration. I don’t see this as standing in line on Black Friday but a call to endure in the simple gospel because it will continue to advance in spite of serious opposition. But I’m not absolutely convinced that I’m right.

That makes for a couple different sermons. And you don’t want to preach and apply a text when it very likely could be saying something different. So what do you do?

How do you preach a text if you aren’t absolutely certain of its meaning?

1. Does either option contradict any other doctrine? If not, then preach both and give a bit of application for both.

So what I would do with Matthew 11 is outline the various options, give a few reasons why each are plausible, and then make some application. I would say something similar to what I did above. Perhaps this is calling us to take the kingdom of God as serious—so serious that we’d stand in line overnight just to get in. Or maybe this is calling us to endure in the face of persecution. Either way the point is somewhat similar. Jesus is worth every ounce of suffering we might have to endure. And the kingdom will advance.

There is a Bible commentator whom I absolutely loved early on in my Christian walk. I appreciated the certainty with which he’d explain a particular text. And then I got to studying deeper and I realized that what was “obvious” to him wasn’t so clear cut. It caused me to lose respect for him. It’s one thing to be unmoving in clear gospel truth. It’s quite another to not engage and leave open very valid options.

Very seldom do you need to go into incredibly lengthy explanations about the difficulty of the text. The last thing you want to do is have people not having confidence in the text or to feel as if they need advanced theological training in order to read their Bibles. Don’t spend a ton of time laying out the various options. Know them well, explain them quickly and move on.

4. Unite it all under the banner of Christ.

If you aren’t able to see how both options relate to Christ then you either aren’t fully understanding the passage or one of them can’t be true. You should be able to preach Christ in both options. Consider Matthew 11. No matter how it’s translated the point is actually somewhat similar—it’s about the sufficiency and worthiness of Christ. Either he is worthy of standing in line on Black Friday and clawing your way in or he is worthy of our suffering.

5. There is much to be gained by honest wrestling.

If the preacher stands in the pulpit and says “I don’t know” every week, then perhaps he needs to look at a new career. But if we occasionally come to a text and say that we aren’t quite sure what it means, this actually adds to the confidence folks will have in not only their own ability to exposit but also in our ministries. This will add weight to the times when we do speak with absolute confidence.

This article about how to preach a text you don’t understand originally appeared here.