Abraham Piper Shares His ‘Hope For An Anti-Gay Pastor’

The trip of a lifetime landed in my lap—visiting the Seven Churches of Revelation. Until recently, I didn’t even know all seven churches were located in modern-day Turkey. A friend and I flew to Izmir, Turkey, where we rented a car and drove to all seven churches in a quick, three-day trip.

In the end, we saw a lot of rocks.

Don’t get me wrong. They were beautiful rocks. But they were rocks, ruins of ancient cities once teeming with people long gone. In the apostle John’s vision of Revelation, Jesus spoke to the Christians in these cities, commending some but warning most. As I read Jesus’ words to the seven churches and learned about each location, I wondered how these rocks should change my life.

Ephesus was the fourth largest city of the Roman empire in the first century. A thriving commercial center and port city, Ephesus was also the home of a temple to the goddess Artemis. The amphitheater in Ephesus, which could hold up to 25,000 people, was the venue of the angry riot against Christians in Acts 19. The amphitheater where the riot in Acts 19 broke out has also been the venue for rallies and concerts. Sting, Elton John and Diana Ross are among those who have performed there. Photo by Karrie Sparrow.

In Revelation, Jesus commended the Ephesian church for enduring hardships and hating the heresy of the Nicolaitans—early Gnostics who wanted to blend Christianity with pagan practices like sexual immorality. But others in Ephesus had fallen from their first love of Christ and received a sober warning: “Repent and do the things you did at first” (Rev. 2:5 NIV). Some scholars think these Christians may have caved to pressure to worship at the cult temple of Emperor Domitian. The remains of a temple possibly built for Emperor Domitian during the first century. Domitian persecuted the early church and is responsible for exiling the apostle John to Patmos. Photo by Karrie Sparrow.

Over time, Ephesus physically shifted to what is now the small town of Selçuk, only a five-minute drive from the Ephesus ruins. Honeysuckle perfumed the air around the shops and streets I visited. The town is Muslim—as is 99 percent of Turkey. Even so, a small Protestant church of former-Muslim believers gathers in Selçuk for worship and fellowship. 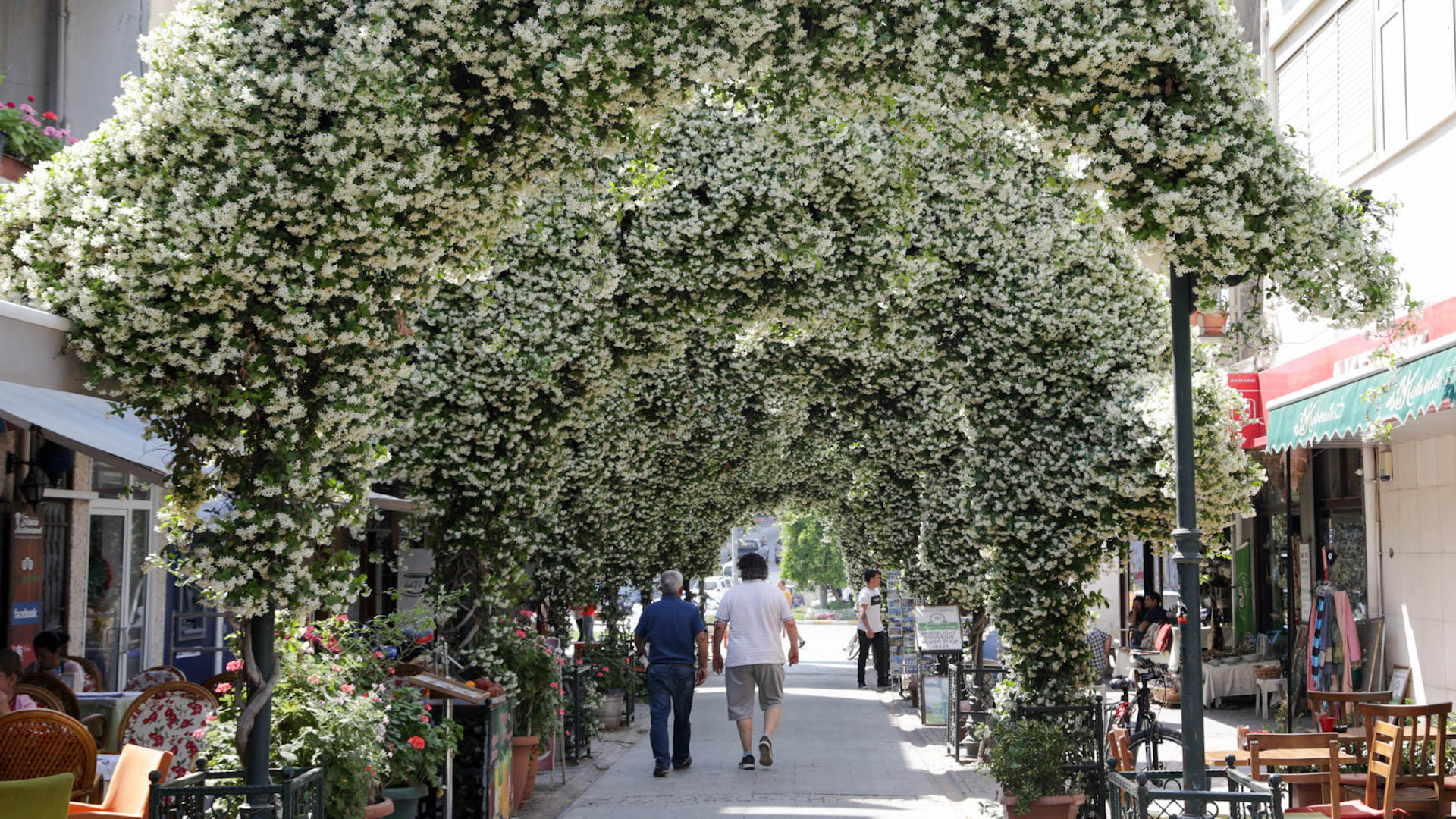 The ruins of Smyrna’s marketplace are nestled in a city block of the thriving seaport city, Izmir. One of the oldest continuously inhabited cities of the world, Izmir is now home to more than four million people. When we pulled up to the ruins of ancient Smyrna’s marketplace, high school students spilled out from their school. They seemed ambivalent to the millennia-old city ruins across the street from them. 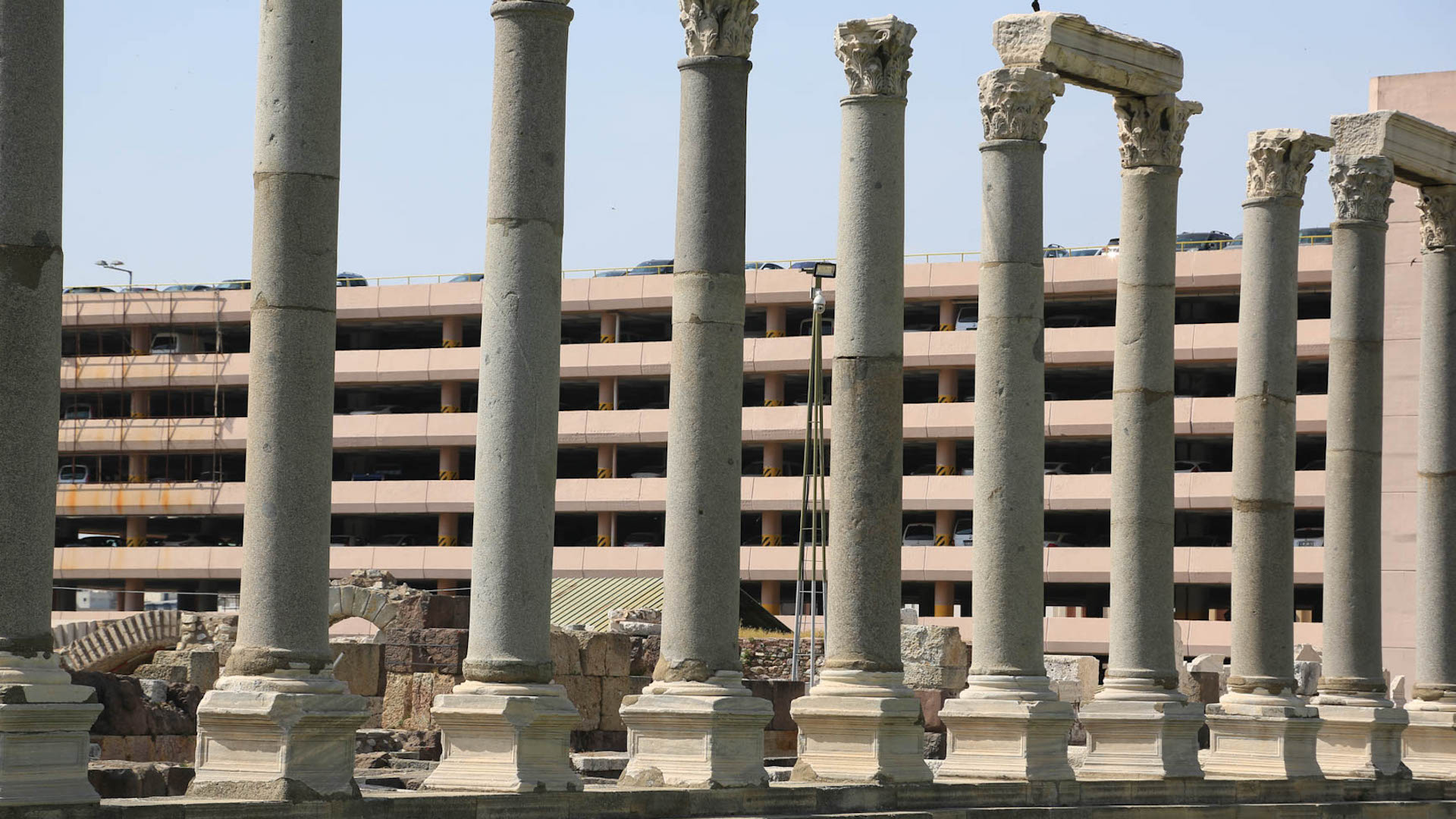 Horizontal lines of a current-day parking garage in Izmir, Turkey contrast with the vertical columns that hemmed in a marketplace of ancient Smyrna. Photo by Karrie Sparrow.

How to Know When It’s Time to Call It Quits

3 Quick Ways to See How Effective Your Leadership Really Is

52 Sweet Texts for Your Wife (Hint: That’s One Per Week)

The 5 Essential Practices of Leaders Who Multiply Leaders

Church Attendance: 7 Ways to Attract New People to Your Church This Month