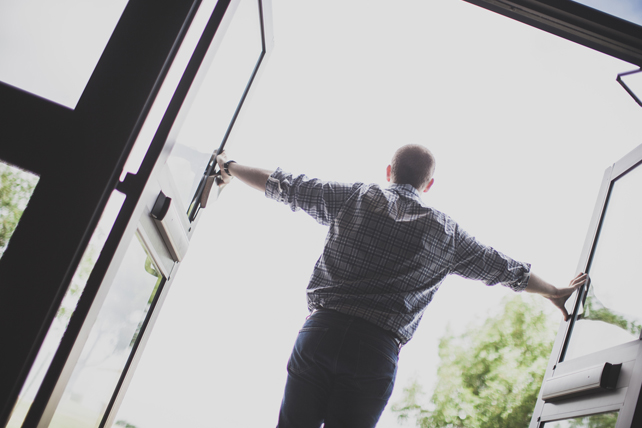 What does it mean to be prophetic? The word is thrown around a lot, but depending on which circles you run in, it means something quite different. If you’re in the charismatic crowd, being prophetic means speaking the ‘now’ word of God—bringing ‘fresh revelation,’ and possibly even doing it in a way that is spontaneous and disruptive to the plan or the schedule. But if you run with justice-oriented Christ-followers, being prophetic is being bold, confrontational and possibly disruptive not to a plan but to an order, a societal framework. How could the same word have such different connotations? What can we recover from the biblical roots of the prophetic role?

In the Old Testament, two words are used to describe the prophet. The earlier of the two is the word ro’eh, which roughly means ‘the one who sees.’ Later, the more common word used for a prophet is nabi, which can be loosely translated as ‘the one who speaks,’ particularly on behalf of another.

Specifically, a prophet is able to speak a revealing word because he sees something others don’t, something hidden to others. This is why the woman at the well in John 4 called Jesus a prophet—he revealed the truth about the number of men who had married and abandoned her. And this is why Paul is a prophet—because the mystery of the Gospel has been revealed to him. If we bring all this together, we can outline a sketch of what it means to be a prophetic church.

1. Sees Jesus as King and His Kingdom arriving here and now.

One of the major themes in the Old Testament is that the Creator-God is the King of His Creation (many of the Psalms praise God in this way). When we read the first few chapters of the Bible through that lens, we begin to understand that human beings were created to reflect the wise and loving rule of God the Creator-King into His creation. This is what having ‘dominion’ means. Yet, the fall was a rebellion that forfeited that privilege.

Until…the True Adam came as the world’s True King. When Jesus announced His Kingdom mission in Luke 4, He quoted Isaiah 61, where the anointing of the Spirit is the empowerment to bring good news to the poor, freedom for the prisoner, and more. In Luke’s ‘Volume 2’—the Book of Acts—the Spirit is poured out on the church so that this Kingdom mission can continue.

Paul argues through his letters in different ways that the church participates in the Kingdom by confessing Jesus as ‘Lord’—the true sovereign of the world—and by living under His reign by the power of the Holy Spirit.

The church is at its prophetic best when it lives in a way the would make no sense unless Jesus is King, and His Kingdom really were arriving here and now. That is why a prophetic church does not divide up evangelism and miracles and justice. We see them as a threefold cord. A prophetic church announces the forgiveness of sins, healing for the sick and justice for the oppressed in Jesus’ name.

2. Speaks the truth to power.

Our image of the prophet has to be shaped by the Old Testament’s regard for Moses as the greatest prophet in Israel. We don’t usually think of Moses as a prophet, but when we do, we understand that part of the prophetic call is speaking truth to power. In that light, Nathan’s rebuke of David and Elijah’s confrontation with Ahab and Jezebel all begin to make sense. Sometimes the prophet does the truth-telling through the voice of lament, as Jeremiah did.

Thus Jesus is prophetic not only because of His revealing the marriage history of the woman at the well, but also because of His confrontations with power. When Jesus overturned the tables of money-changers in the Temple, and when He defied Pilate—by reshaping his questions, refuting his claims to power, and even by refusing to answer—He was living out the prophetic vocation by speaking the truth to both religious and political powers. (Paul echoes these behaviors in his conversations with various religious and political rulers in the latter half of the Book of Acts.)

The early Christians were not killed because Christianity was a religion Rome did not like. Rome welcomed any and all religions, but they were particularly threatened by Christianity. Why? Because Christianity made a radical, new and exclusive claim: Jesus alone is the Lord of all, worthy of worship; all other gods must be renounced as false. Rome viewed this as a dangerous belief. And every time the church gathered to worship, they were speaking the truth to power by confessing Jesus as the True Lord—using terms Caesar had applied to himself as political propaganda—and thus declaring the gods of Empire as false.

Every time we show the gods of our age to be false, and expose their claims as a lie, we are speaking the truth to power. We denounce the lie that economic prosperity is the source of joy, that sexual pleasure is the highest end of every relationship, that violence is the path to peace, that a people-group or nation matters more than another. Sometimes our voice is the voice of proclamation and confession; others it is the voice of lament. Both are forms of prophetic truth-telling.

3. Signposts toward the future.

Activism has many appealing qualities. It is better than doing nothing; it unites and mobilizes people toward a common cause. It can raise awareness and even adjust a widely-held cultural paradigm.