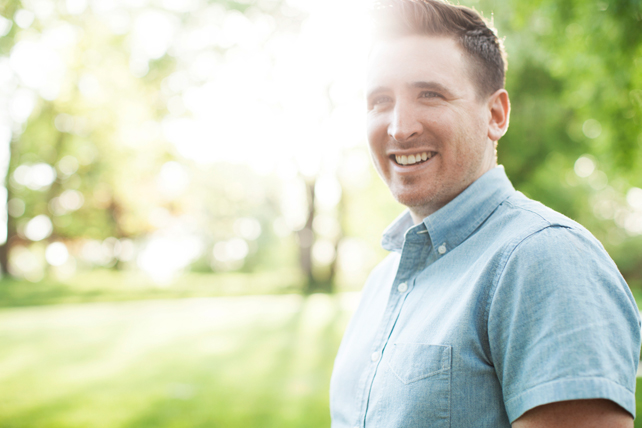 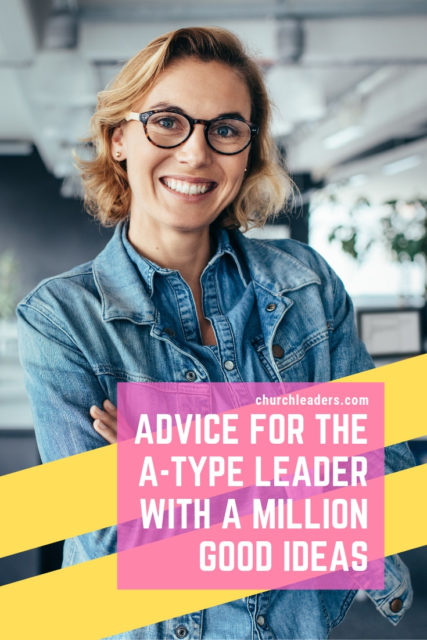 Sound wisdom for the Type A leader who is frustrated…

I received an email from a great young business leader recently asking for some advice. He’s a first time leader in charge of a major department. This will be a great career position for him if he does well. He’s so excited. His small team is getting to know him and learning to trust him.

I’m having a hard time right now processing all of the various aspects of the job. I’m overwhelmed from a process, task and leadership perspective.

The reality is I’m an idea guy. I can see so much we could or should be doing and I want to do them all now. I fear though that I can add too many ideas and not create enough clarity for people on the team or not make enough decisions personally. Any wisdom?

Yea, I’ve got some wisdom for you. Ask someone else.

No, I didn’t say that, but it was certainly my first thought. I’ve received that question so many times I cannot count them all. I never feel I have a great answer, because this one hits close to home for me.

Here’s what I actually said to this Type A leader:

I wish I had that answer for you. Unfortunately, I’ve been that way all my career. Now I’m certainly frustrating people here in my new role. They will get to know me and me them, but it’s difficult in the beginning days. Our COO has said something like, “I’m not sure you’ve ever met an idea you didn’t like”.

Here’s what I would suggest from experience for Type A leaders:

Record every idea you have. There’s nothing wrong with having ideas. In fact, every organization needs some new good ideas. And, you can’t reach one good idea without working through a few bad ones—sometimes many bad ones.

Keep a list of the ideas. I use Evernote or Google Docs and I have several such lists. I frequently go to them, add things, take things off and prioritize them. Most of these lists I share with our team. It’s good “therapy” for me just to get them recorded.

Limit yourself to chase a few ideas at a time. This is the hard part, but you can’t do everything and be effective. You know this, which is why you contacted me in the first place. This will require discipline, but it’s a necessary part of leadership.

If possible, delegate some of the ideas. It could be you are trying to do things, which are great ideas, but someone else needs to be doing them.

Give your team plenty of latitude to push back. Let people tell you when you have a bad idea. Or when you are pushing them too hard. Be humble and approachable. Strive not to be controlling.

I always try to hold others to limit attempting more than a few things at a time also, but I want them to be achieving something new. Part of good leadership is helping people achieve more than they thought they could. That could involve training, encouraging, celebrating wins or challenging when necessary.

Make sure you don’t hold people to an unreasonable pace. Leaders set the pace of the organization. Remember everyone isn’t wired like you. Don’t be unrealistic. Make sure you are disciplining yourself as discussed above, but some people will simply remove themselves from the organization if they can’t keep up or feel over-worked or under-appreciated. Everyone is not a good fit for a new leader, but you can’t lead without people, so don’t wear them out unnecessarily.

And, here’s another big point there. As a Type A leader, and leaders wired like us can get this one out of order if we aren’t careful, you have to learn to:

That one principle will actually make you a better leader.

Lead forward with the few ideas you believe in most. You can’t stall the organization, because of other people’s resistance. Change will always bring resistance from someone. Again, part of leadership is taking people somewhere they couldn’t see or realize on their own. That’s always difficult for someone at first.

Good leaders don’t intentionally frustrate people, but the process of guiding change can (and will) be frustrating at times. Guard your heart, make sure you’re not being unrealistic, don’t attempt too much at one time, help people when they need it, but don’t be afraid to stretch people within reason. It’s the only way people and organizations grow.

Hope this helps. By the way, I’m writing this to me also.

This article about Type A leaders originally appeared here.