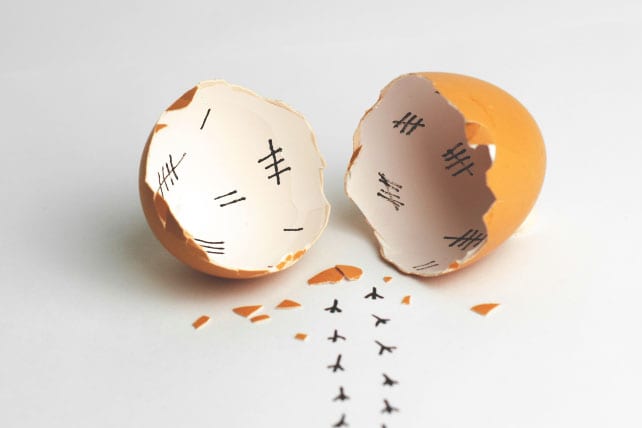 In 1998, I proposed to my wife. In order to propose I wanted to get the blessing of her father for the marriage. This was especially difficult for a few reasons. First, my wife was the oldest of seven children. As the firstborn, I knew it would be a big challenge to convince her parents that I was the one and we belonged together. If she were a second or third child, perhaps someone else would have paved the way for this proposal approval to be easier. Instead, I was the one paving the way. Second, my wife’s father was a thoughtful, quiet individual who didn’t speak much. I was going to have to generate a lengthy conversation and eventually ask the question I was afraid he would answer on the negative. Third, and finally, I had asked him to have dinner with me to discuss the subject. I did this because I wanted to get him on neutral ground. I figured that the restaurant would provide an edge I needed to convince him to allow his daughter to marry me.

Once my plan was in place, I was ready to invite him to dinner. I was very nervous about the whole thing, so I wrote out a script to read in case I didn’t know what to say. I literally wrote down my name and what I’d say, and his name and what I thought he would say. Keep in mind that all I was doing was asking him to have dinner so we could talk. I dialed the number and waited for him to answer. The introduction of my script read like this:

Chris: Hello Keith, how are you doing?

Keith: Hello Chris, I’m doing fine. How are you?

Someone picked up the phone and answered, Hello? There was a problem; it wasn’t Keith. It was my future mother in law. I looked at my script and was thrown for a loop because I wasn’t prepared for her to answer. I stumbled and bumbled and eventually got Keith on the phone. Long story short, the dinner went OK, but he didn’t give me an answer. A couple of weeks later he gave me the green light, and Melissa and I got married later that year.

I put a lot of thought and effort into asking for my wife’s parent approval of the wedding, and even then, I had to adapt and overcome a few issues to have success. We can never fully know all of the obstacles we will face when we plan for circumstances like this. The same is true for our churches and big days like Easter. We can plan and plan, and something may happen that will force us to adapt and overcome. If not, we will not achieve our desired outcome. As you have spent time preparing for Easter, perhaps you have put a lot of effort into some great onramps and offramps for the big day. But what happens if there is a curveball? What happens when things don’t go as planned? Evaluating your Easter preparation starts in the preparation phase, but it is during Easter and the weeks following that the real assessing takes place. People are people and ministries aren’t perfect. You must adapt and overcome in real time so that your efforts are maximized. Here are a few questions to ask while you are assessing Easter in your church or ministry:

When things succeed, we often don’t reflect on the “why.” We just celebrate the fact that they went as planned. When things fail or don’t measure up to our expectations, we start with why. No matter what the outcome of your Easter preparations is, ask the why question first. Why did we have this outcome? Why did people respond in this way? Why did we expect a different outcome? Why didn’t people respond as we hoped? Why weren’t we prepared for the great response we had? The key in asking the “why” question is not to make excuses but to get at the root of the issue. Good or bad, positive or negative, you need to know the truth. The “why” resonates with the purpose and the purpose of all of your Easter preparation should drive the “what.”

After you’ve asked “why,” now you need to ask “what.” What do we do as a result of the “why”? All too often we start with “what” and that can lead us down the wrong path to a false solution. “What” needs to follow the “why.” What we do should directly connects to why we are doing it in the first place. Make sure that as you evaluate your Easter plans, you make the connection between the “why” and the “what.”

Finally, we must ask the “how” question. When we understand the “why” and we respond with what we must do, we then need to ask how it should be done. The last thing you want to do is be reactionary. Your “how” should be a thoughtful decision based upon the existing data. Prayer and discussion should surround the “how” question. Any response that is reactionary or out of desperation will ultimately fail. The “how” drives the next step for your ministry and your people, so marinate on it if needed, and move as quickly as possible without being reckless. I like to say: Move at the speed of your people. Sometimes that can be quickly, and sometimes, it means actions will take more time. It certainly doesn’t mean you should not be a leader, but simply that a great leader understands how quickly the people are able to take the next necessary step.

Easter preparations don’t have to be difficult, but they should be intentional. Make sure you are ready for helping people connect with the onramps and offramps of the ministry. Make sure you are prepared to respond to the highs and lows of the day effectively. No matter how much effort we put into preparing for Easter, we know that Christ will build His church and that our highest priority is to surrender to His leadership and make disciples.