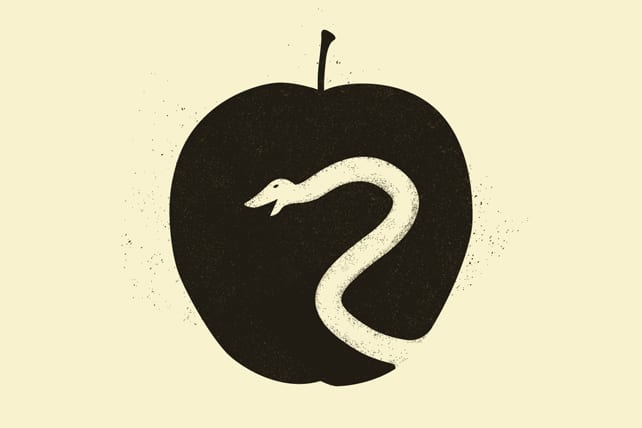 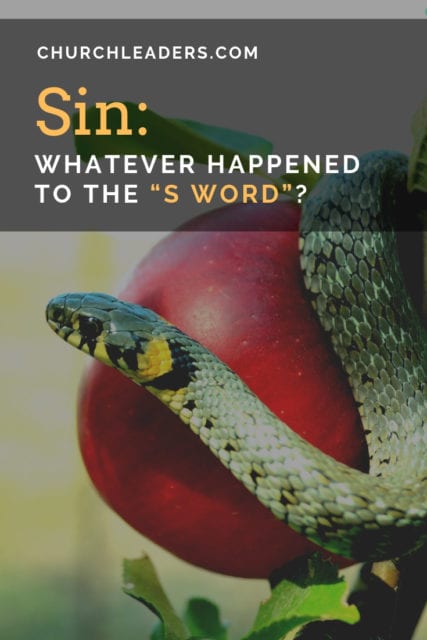 “The word ‘sin,’ which seems to have disappeared, was a proud word. It was once a strong word, an ominous and serious word. It described a central point in every civilized human being’s life plan and life style. But the word went away. It has almost disappeared—the word, along with the notion. Why? Doesn’t anyone sin anymore? Doesn’t anyone believe in sin?”1 Such were the words of psychiatrist Karl Menninger in 1973. Menniger’s provocatively titled book, Whatever Became of Sin, drew attention to the sociological push to remove the word sin from the vocabulary of our culture. Now, 46 years later, Menniger’s sociological forecast has become a tragic reality.

A number of years ago, Piers Morgan interviewed Kirk Cameron. In that interview, Morgan pressured Cameron to state his views on gay marriage—something upon which our society had not yet capitulated. Morgan then asked Cameron directly, “Would you tell [your kids] that gay marriage is a sin?” Instead of answering the question directly, Cameron spoke of the unnaturalness and the harmfulness of gay marriage. When I first saw this interview when it aired, I thought to myself, “I really wish that Cameron would turn the table on Morgan and asked him to define sin.” After all, we only hear the word sin on television or in movies today when someone is mocking the concept in the Christian worldview or trying to snare a Christian on a moral issue. If someone wants to corner a believer on calling an unethical act sin, then we should answer them according to their folly and get them to admit their presuppositions about what the Scripture calls sin. Sadly, it seems that the only times we hear about sin in our culture is when one groups wishes to demonize another group for believing some particular act is sin or for not agreeing with their own cultural agenda. By way of contrast, the Scripture teaches that sin is “any want of conformity unto or transgressing of the Law of God.”

Sin is a much more comprehensive concept than we readily recognize, because sin is more vertical than horizontal in its nature. Cultural discussions about what may be thought of as sin tend to fixate on the horizontal and cultural side of things. However, biblically, the vertical dimension gives shape and form to what sin is and what it deserves. When David finally repented of his adultery and murder, he turned to God and said, “Against You and You only have I sinned and done this evil in Your sight” (Psalm 51). David was not intimating that he had not sinned against Uriah, Bathsheba, both of their families, his family or the nation as a whole. Rather, he was rightly prioritizing the offense. A reappropriation of the word sin and all that it includes involves a right assessment of the directional nature of it.

Sadly, the tendency to shy away from the word sin has also become a norm in evangelical churches. It is altogether common for professing believers to use the language of the secular world when speaking about their own actions and the actions of others. Many are quick to appeal to language drawn out of the DSM when seeking to categorize what is, in many cases, a sinful heart issue. This is not to say that there are not real medical concerns that have been wrongfully disregarded by biblical counselors in the past. It is, however, to note that just because we can tack a medical label on something doesn’t mean that we are justified in doing so. Scripture must be our ultimate guide in determining what is happening in our hearts, minds and lives. If a believer has a sinful addiction to any particular substance, we should resist labeling it as a medical condition. The mantra, “Once an addict, always an addict,” cuts against the biblical teaching about the believer’s status as a new creation in Christ (2 Cor. 5:14-17). If I am constantly anxious, it may not be a medical issue at all. It may simply be that I am sinfully not trusting the Lord (Phil. 4:6-7). Similarly, if I am in a constant state of despondency, it may not be that I am clinically depressed. Rather, it may just be that I have allowed sinful anxiety to take the driver’s seat of my heart and I am, therefore, not resting in the good news of the Gospel (Prov. 12:25). This goes for the constant appeal to self-esteem issues as well. What is often framed as the result of low self-esteem is nothing other than a sinful mentality of entitlement or self-pity. The underlying problem is not that he or she has too low a self-esteem; the root problem is that he or she has too much sinful pride.

Many have tried to defend a psychology of self-esteem by appealing to the criminal system in America. In her 2002 New York Times’ article “Deflating Self-Esteem’s Role in Society’s ills,” Erica Goode explained how a simple self-esteem test served to debunk the secular psychological theory that the cause of crime in America was directly related to the problem of low-self-esteem. She wrote,

“Researchers gave tests of self-esteem and narcissism to 63 men serving prison sentences for rape, murder, assault or armed robbery in Massachusetts and California.

They compared the prisoners’ scores to those found in other studies for groups of men the same age, including Vietnam veterans, college students, dentists, recreational dart throwers and problem drinkers. The violent offenders, Dr. Bushman said, did not differ from the other men in self-esteem. But they scored much higher than the other men on narcissism.”

Sinful pride, rather than low self-esteem, was the common factor of violent criminals.