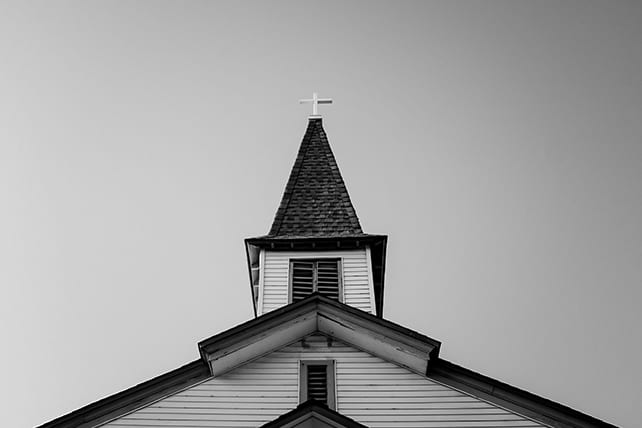 There are forces and trends at work in our society that are killing the mission of the church.

You’ve heard people say stuff like that before, right?

You know what comes next too, don’t you? Usually, it’s condemnations of the insidious effects of secularization — or sexularization as one Christian commentator calls it — descriptions of hostility toward religion, and warnings about persecution, the limiting of religious freedoms, and fraying family values. Oh, and great angst about people using the greeting, “Happy holidays,” instead of “Merry Christmas.”

But while some, albeit loud, voices are telling you to look over there, you might be missing some everyday cultural shifts occurring that are having a greater and unnoticed effect on the church. In fact, it is now becoming clear that these trends are killing the mission of the church far more effectively than the hot-button issues that get all the attention.

Here are five trends that are killing the mission of the church:

1. THE DEATH OF CIVIL DISCOURSE IMPACTS THE MISSION OF THE CHURCH

We live in a time of extreme polarization, where it seems we can’t discuss anything – especially theology and politics – without it devolving into conflict and name-calling. Church people aren’t immune to this. It seems we too have lost the capacity for civil discourse. Sadly, this results in a rapid slide toward uniformity of thought. Because we can’t even imagine what creative, respectful disagreement looks like, we feel we must eject anyone who expresses a dissenting opinion lest they threaten the harmony of the church.

This isn’t how it’s always been.

I became a Christian in a church that included both Calvinists and Arminians, dispensationalists and ammillennialists, complementarians and egalitarians. Sure, there were disagreements, but no one was ejected. In days gone by, churches that predominantly voted conservative could accommodate left-leaning voters in their midst, but no longer.

Now, if anyone differs on theology, politics, gender roles or sexuality, they are outed and expelled.

Today, I hear churches are creating statements or covenants that require their members to agree on a whole range of non-essential doctrines. We are sorting ourselves into increasingly strict congregations of like-minded people. This is the way cults behave, demanding unanimous allegiance to every jot and tittle of the group’s beliefs, but now it’s becoming churches as well.

And it happens on both sides of the debate. Jonathan Martin recently tweeted, “I thought nothing could be less interesting to me than conservative fundamentalism until I tasted progressive fundamentalism. I’m an equal opportunity hater of purity codes. Ideological purity tests are never life-giving no matter who administers them.”

How is this killing the mission of the church? Firstly, it means people are driving great distances to attend their preferred church, uprooting them from their neighborhood and nixing their capacity for local mission.

But secondly, the ideological homogeneity of individual local churches is contrary to the biblical teaching that sees the church as a herald, foretaste, and witness to the world, showing the world its transformed and liberated condition in submission to the gospel and kingdom of Christ.

This isn’t to say the church doesn’t have core doctrines to which all members must ascribe. But the church has long recognized that while some doctrines are essential, others remain in dispute and a difference of opinion doesn’t require one party to withdraw. The old saying, “In essentials unity, in non-essentials liberty, in all things charity” needs to be heeded again.

Christians will disagree. But in a time of unparalleled polarization, we need the church to be an example to society of what it looks like to follow a process of confrontation, conversation, ethical and moral discernment, forgiveness and reconciliation. When done well it has the potential to enhance pastoral care, discipline, decision-making, and witness, and to serve as a model for society.

At the moment the church looks no different to congress, parliament, or the media, and people are rejecting it all.

2. THE COST OF HEALTHCARE IMPACTS THE MISSION OF THE CHURCH

Another cultural trend killing the mission of the church is America’s dependence on employer-based health insurance. One pastor, Morgan Guyton recently revealed his health insurance premium is almost half the size of his salary for a plan that has a $6000 deductible. That’s simply unsustainable, and if premiums continue to rise, churches will have to close under the financial strain that places on them.

The solution we’re often told by those promoting bivocational or convocational ministry is for pastors to work part-time for the church and part-time in the neighborhood, which at first sounds pretty missional. But that would mean them letting go of their employer-based insurance plans.

Guyton says, “I would love to have the freedom to be an entrepreneur, but I have a chronic illness that will kill me without meds, so I cannot leave the institution.”

In other words, pastors are locked into uncreative, non-missional institutionalism by their health plans!!