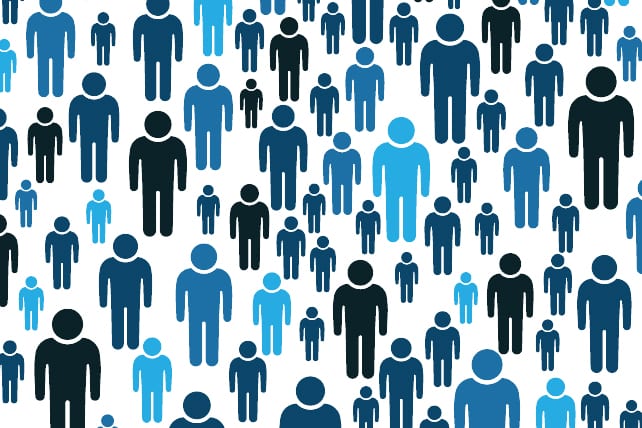 Why was David’s census wrong? Beginning this month, invitations to complete the 2020 U.S. census will start arriving at people’s homes. This every decade census comes to us as mandated by the Constitution. Article 1, Section 2 states, “The actual enumeration shall be made within three years after the first meeting of the Congress of the United States, and within every subsequent term of 10 years, in such manner as they shall by Law direct.” As the census is used by the government to determine population changes, demographics, congressional districts, federal funding, etc., it is a powerful tool in their hands.

Hearing of the U.S. census reminds us of those censuses done in the Bible. Jesus was born in Bethlehem because Caesar’s registration, or census, caused Joseph and Mary to travel there in order to be counted (Luke 2:1). The Book of Numbers has its title due to listing the results of a census God mandated (Num. 1:2). But perhaps the most intriguing census is the one that David took as recorded in 2 Samuel 24. For we know at the time that David took this census “the anger of the Lord was kindled against Israel” (2 Sam. 24:1). Why did the anger of the Lord burn against Israel? Why did the Lord incite David to take the census, and express anger at him afterwards for doing so?

1) He was using it to number men under twenty years of age for army service, which was forbidden in God’s law; 2) The census had no direct order from God; 3) David was going to use the results to tax the people more than the law allowed; 4) David was not trusting the promises of God to Abraham to make the people innumerable; and 5) David was exhibiting the pride of his heart in putting confidence in the number and power of his army rather than in God. Though they are all plausible, and Henry believed the last one was the true reason, there is a problem with each of these proposals. No clear evidence in the text exists for any of them.

However, what is very clear in the text is that the census was wrong. All the characters knew it. Joab knew it was wrong and tried to prevent the king from doing it (2 Sam. 24:3). In the corresponding account in the Chronicles, we are told that “Satan moved David to number Israel” (1 Chron. 21:1). Afterwards, David confessed that it was wrong (vs. 10), saying he “sinned greatly,” “committed iniquity,” and had acted “very foolishly.” So how did all the characters in the story so clearly know it was wrong?

Perhaps an earlier account in David’s life holds the key. Recall that Uzzah was struck dead when the ark, being transported back to Israel from Philistia, toppled off an ox cart and he reached out his hand to balance it. David became angry because of the Lord’s outburst against Uzzah, and named that place accordingly that day, calling it Perez-uzzah. David was afraid of the Lord that day; and he said, “How can the ark of the LORD come to me?” It stayed there three months until someone did some Bible study and remembered what Exodus 25:14 says. “You shall put the poles into the rings on the sides of the ark, to carry the ark with them.” When they realized they had broken  God’s Law and corrected themselves, the ark was moved without incident.

Returning to David’s census, perhaps the same book holds the key? For look at what Exodus 30:11-12 says.

Remember what happened after David took the census and the prophet Gad comes to rebuke him? David was given three options as a punishment, namely, seven years of famine, three months of enemies attacking them, or three days of a plague. David chooses the last option, saying he would rather “fall into the hand of the Lord” (2 Sam. 24:14). 70,000 people die in Israel from the plague before David sees the angel with his sword drawn over Jerusalem and he confesses his sin.

So it seems evident that God’s anger and plague came because the ransom money that was to be taken at this time of a census was not collected. Yet why did this anger God so?

The ransom money was to support the tabernacle and temple service as a memory of the Lord’s atonement. “You shall take the atonement money from the sons of Israel and shall give it for the service of the tent of meeting, that it may be a memorial for the sons of Israel before the LORD, to make atonement for yourselves” (Ex. 30:16). In all that Israel did, they were never to forget they had been redeemed by the Lord and each soul was counted as belonging to Him. For we know that ransom money cannot actually pay the price for a soul. Psalm 49:7-8 says, “No man can by any means redeem his brother or give to God a ransom for him—for the redemption of his soul is costly, and he should cease trying forever.”  Micah put it rhetorically this way, “Shall I present my firstborn for my rebellious acts, the fruit of my body for the sin of my soul?” (Mic. 6:7).

David’s census without the ransom price reminder that their lives were pledged to God, was usurping in the people’s minds God’s lawful place as their protector and true king. He was seeking ultimate allegiance to himself, his kingdom, and his power. David eventually saw how evil this usurpation was in the eyes of the Lord. Disobeying God’s Law regarding the ransom money of the census, and the message it conveyed, is what angered the Lord so.

For what turned the plague away also testifies to this truth. God commanded David to erect an altar on the site, which was at the threshing floor of Araunah. David did so, paying the price for the threshing floor and offering sacrifices that halted the plague. This site became the place where the temple was later built in the days of Solomon. The sacrifices offered there through the ages became emblematic of the blood of the true Lamb of God shed at Calvary, who purchased His elect unto salvation.

So when the census takers come knocking, and politicians start making promises from the results, remember David’s census. Pause. Then thank the Lord that you are part of a far better census, with your name written in the Lamb’s book of life as a citizen of heaven redeemed by His blood and child of the true King (Rev. 21:27).