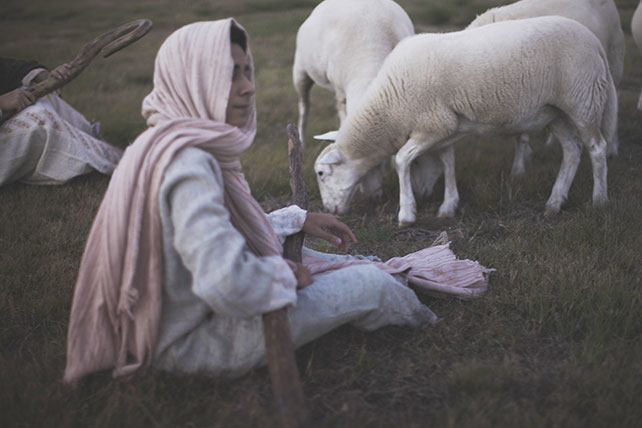 Praying for Shepherds as Wolves Attack

As I slowly work my way through a preaching series in Revelation, last night I preached on “The Deceptive Beast of the Earth” from chapter 13 and warned the church about false teachers. Doing so reminded me of Paul’s warning to the Ephesian elders. Church leaders are to guard the flock against those who would deceive. Standing against falsehood is hard work, and the church should pray for their leaders. To that end, here is a slightly edited excerpt from Hitting the Marks that gives encouragement on how you might pray for pastors and elders.

Paul called for the elders on his way to Jerusalem as he traveled near Ephesus. He had a warning for them. The church of Christ, Paul said, “was purchased with His own blood” and he foresaw a time in the near future when “fierce wolves will come in among you, not sparing the flock” (v. 29). Nothing like the smell of blood attracts a beast of prey such as a wolf. The flock of God, covered with the blood of Christ, is no exception. As Peter warned, “Be sober-minded; be watchful. Your adversary the devil prowls around like a roaring lion, seeking someone to devour” (1 Peter 5:8).

Who are these wolves? “From among your own selves will arise men speaking twisted things, to draw away the disciples after them” (v. 30). In Matthew 7:15 Jesus tells us that false teachers are those who look like sheep but inwardly are ravenous wolves. They are false teachers who rise up in the church to satisfy their hunger by feeding on the sheep rather than feeding the sheep. They will be men who were in a church like yours, received seminary training, and were set apart for gospel ministry. But then they began distorting the truth, perverting it by burdening men with teachings contrary to the gospel. In so doing, they entice disciples away from the church.

As children’s stories go, the deceptive wolf of “Little Red Riding Hood” is closer to the biblical picture here than the direct one of “The Three Little Pigs”. These teachers will appear to be innocent enough, but their teeth of false doctrine are “all the better” for eating up the people of God. Clearly from the scriptural witness, the church in Ephesus did have a great deal of trouble with false teachers (1 Tim. 1:3–7; 4:1–6; 2 Tim. 1:13–15; 3:6–8, 14–16; Rev. 2:2–3).

Paul, in the face of this danger, did not “shrink back” from telling the Ephesians what they needed. He did not do so when he lived in their midst, wrote them a letter, or met with the elders. The truth of the gospel of Jesus Christ, faithfully presented, does not always appear to be “good food” to the sheep. When you start telling people, as Paul did, that their idols are futile (Acts 19:18–20), or they are dead in their sins without the ability to come to life without God’s intervention (Eph. 2:1–9), or that they could be easily swayed by false teachings (Eph. 4:14), they might not find it appetizing. The line that the wolves feed them is more flattering and appealing. Yet Paul was not market-driven, allowing the ways of evil men to determine his message. Rather, he was message-driven. He knew that he had to bring the gospel, with the full weight of its implications, to bear on the church at Ephesus in order to protect them.

As Paul described his ministry, we are given an example par excellence of the active ministry a pastor should have. Here are five ways you should pray that your elders and especially your minister will bring the truth of God’s Word to bear on the life of your congregation in order to keep the wolves at bay. Pastors and elders should:

Be personal. In verse 20, Paul again states that he did not hold back when he says, “I did not shrink from declaring to you anything that was profitable, and teaching you publicly and from house to house.” Whether in a public gathering or home visitation, Paul would tell the Ephesians anything that was profitable for them to hear. He describes his ministry as going about them “proclaiming the kingdom” (v. 25). The minister of God is to apply, sometimes quite directly and personally, the Word of God to peoples’ lives.

Be committed. At this point, Paul was bound in chains—not those of a prison, but of his own spirit—to go to Jerusalem to testify for the gospel. He demonstrated this same commitment in Ephesus: “You yourselves know how I lived among you the whole time from the first day that I set foot in Asia” (v. 18). Even through tears and trials of opposition, he remained committed to bringing God’s Word to God’s people.

Be sacrificial. Paul said, “I do not account my life of any value nor as precious to myself, if only I may finish my course and the ministry that I received from the Lord Jesus, to testify to the gospel of the grace of God” (v. 24). Later, he reminded the elders of Ephesus that he had worked hard in supporting himself, rather than asking for funds from this developing church.

Be loving. Paul again testified that for the three years he was in Ephesus, he “did not cease night or day to admonish everyone with tears” (v. 31). Truly he abounded in love for them, wanting them to grow in the Word so much that he cried over each individual. This mutual love was evident when he departed from the elders as they wept over him. He had sown the Word in love, and he reaped love in the relationship with this church.

Be uncompromising. Paul states in verse 26, “I am innocent of the blood of all of you.” He would not compromise the truth, as he told people what they needed to hear rather than what they wanted to hear.

These qualities are what differentiates true shepherds from the wolves that seek to imitate them. Pray that your church officers would be such men.