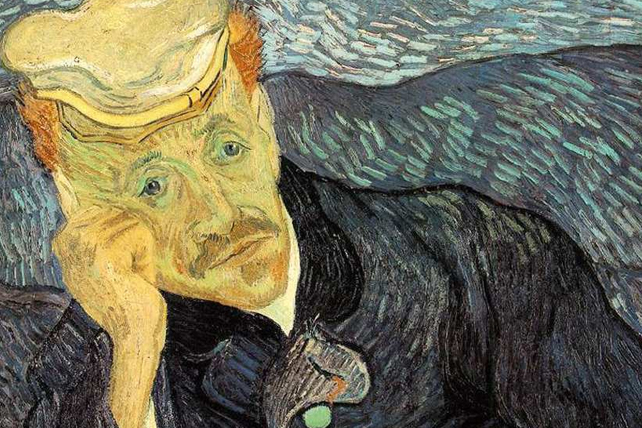 I saw this post from a pastor this past weekend and it reminded me of Vincent Van Gogh:

“I’m wrestling through my significance as a pastor. I didn’t realize how much I relied on attendance numbers to tell me if I was winning in my job, or to give me a sense of significance. Now that I can’t accurately count numbers, I’m finding myself fighting an ongoing feeling of failure. That says a lot about where my heart was found and the magnitude of work that Christ still has to do in me.”

I think a lot of pastors can relate. We can’t see the people were ministering to, we don’t get feedback other than a few comments in the chat, and attendance numbers are wild guesses at best. We feel insignificant and we feel guilty for feeling insignificant at the same time. Oddly enough I think we can get some perspective from a guy who died over 100 years ago. He preached a few sermons, but he was really bad at it. When he finally changed careers people said he was even worse at his new vocation. This was a guy who knew what it was to feel insignificant.

After Vincent Van Gogh’s became an artist in his 30s one of his biggest struggles in life was that he could not sell his paintings. Even though his brother was one of the most successful art dealers in Paris no one was interested in Vincent’s art. He studied with the masters of the time, he changed his style and his setting, and he sent his brother canvas after canvas. All to no avail. He died penniless, convinced he was a failure because he never found significance as a painter.

A few years after Vincent’s death his brother’s widow, left with little more than stacks of Vincent’s worthless canvases, began to market his paintings to the local galleries. The art sensibilities in Paris were changing, and soon Vincent’s paintings were in demand. Within a few years he became one of the most desired artists of the early 20th century. In 2017 one of his paintings, pictured with this post, sold for over $81 million dollars. Vincent Van Gogh is now revered as one of the greatest artists of the past 200 years.

What changed? Obviously Vincent did not change; he was dead before a single painting sold. The paintings, the settings and the models did not change; every painting was exactly as it was when Vincent put away his brush. All that changed were the metrics of his success. When he could not sell a painting he was deemed a failure, when his paintings became collectors items he was heralded as a genius. Vincent saw the world from a perspective no one had seen before. He painted sunflowers and wheat fields in ways that captivate art lovers 100 years after his death. It took the world decades to realize that what Vincent painted were masterpieces.

Pastors, when all church gatherings were cancelled you lost all of the metrics that helped you measure your significance. You aren’t shallow or evil because you miss those metrics, those are the standards that helped you understand if you were making progress. Sure, some of the metrics were more valid then others, but everyone needs some form of measure to mark progress.

Here is the reality, your life is a masterpiece, God said so himself.

‘For we are God’s masterpiece. He has created us anew in Christ Jesus, so we can do the good things he planned for us long ago.’ Ephesians 2:10 (NLT)

You are invaluable, and you are called to do work that really matters. You may have lost some of the metrics that reinforced what God says is true about you, but your value hasn’t diminished at all. The “Portrait of Dr Gachet” was a masterpiece when Van Gogh painted it in 1890, long before it was purchased for millions of dollars. You were a masterpiece before Covid-19 and you are still a masterpiece today. The sermons you preach matter. The leadership lessons you teach matter. The life you model with your family and your congregation matters. You are significant, God is proud of you, and all of us who are following are thankful you are leading us through this season.

This article with reference to Van Gogh originally appeared here.