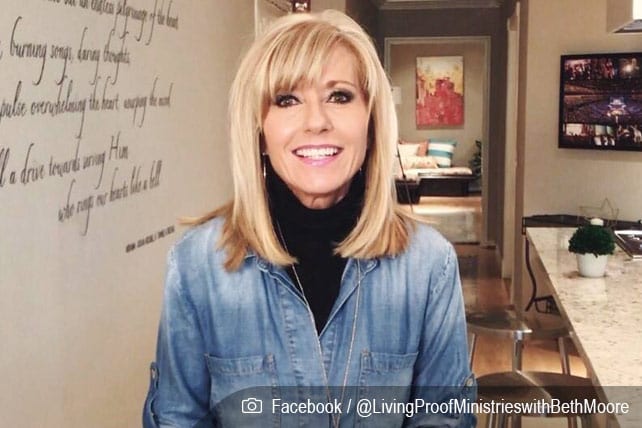 One night almost ninety years ago two ladies stepped onto an improvised stage in a wheat field in western Oklahoma and began to preach the Gospel. They had never heard of John MacArthur or Beth Moore; they simply knew that their lives had been changed by the Good News, and they wanted to share what they had found. At the end of the sermon that night they invited anyone who wanted to follow Jesus to raise a hand. Laying in the backseat of a car parked near the tent, too weak to sit in the revival service, my grandmother lifted her hand in the dark, taking her first step toward Jesus. Soon my grandfather followed her lead, and then their children and their grandchildren joined her on the journey back to God. When my granddaughter stepped across the line of faith recently she became part of the fifth generation of my family to become Christ followers since those two lady preachers refused to “go home”.

My faith journey is shaped by women who didn’t “go home”. My grandmother, an ordained pastor, taught the adult Sunday school class in every church my grandfather pastored. My mom became my Sunday school teacher when all the other teachers gave up trying to teach me and my friends. My wife is an ordained pastor and tremendous teacher. My mother-in-law taught for decades in her home church. I’ve learned leadership from Nancy Beach and Nancy Ortberg. I’ve been inspired by Christine Caine and Jo Saxton. I am honored to call younger leaders like Kadi Cole and Jenny Catron my friends.

One of the most impressive teachers I’ve had the honor to meet is Beth Moore. When Sherry was leading MOPS International Beth spoke at one of the conferences. Unlike other speakers, her only demand was that she be able to spend a few minutes praying with Sherry before. Her graciousness and humility were amazing, and her speaking that evening was powerful and convicting. She is one of the best Bible teachers I’ve ever heard.

With my background, it isn’t surprising that John MacArthur’s recent attack on Beth Moore and all women who preach was repugnant. His arrogance and lack of grace stand in stark contrast to the women who’ve spoken into my life. It is not, however, MacArthur’s tone but rather his message that causes the most damage. From Jesus’ day to today woman are told from an early age they are less than. Only men can preach, only men can lead, only men can be mentored by men. If a man rises to the top he’s a leader, if a woman follows the same path she is grabbing for power. Men lead, women follow. And if they don’t like it they should shut their mouths and go home.

This is not what we see in Jesus. He elevated women, he respected women, he taught women one-on-one. Jesus encouraged the women who followed and supported his ministry at a time when Rabbis would not even look at women. Jesus refused to treat women as less than.

Paul also placed great value on women as leaders. He sought out women when he entered a new town. He tore down the distinctions between Jews and Gentiles, slave and owner, male and female. He listed multiple women as influential and significant leaders in the early church. And in a passage in his first letter to Timothy he said that men should lift their hands when they pray (without getting into fights), and woman shouldn’t braid their hair, wear gold or pearls, or buy expensive clothes. And he said he didn’t permit women to preach.

Somehow we’ve decided that it’s ok to ignore Paul’s other instructions in this passage: it’s ok for men to pray without lifting their hands (or covering their heads); it’s ok to get angry and quarrel; and it’s ok for women to wear nice clothes and jewelry. The one thing we’ve taken as a theological cornerstone is Paul’s single admonition, repeated nowhere else in Scripture, that women not preach. Standing on this single verse, men like John MacArthur find it ok to ridicule women like Beth Moore, and to say to all the girls and women with the gift of teaching, “Go home”.