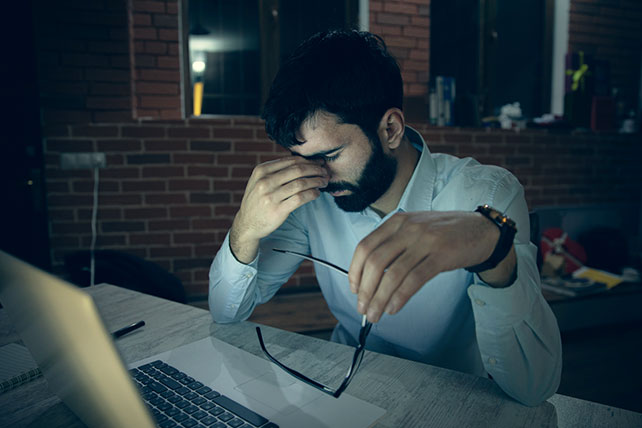 It often escalates into the public shaming of groups and persons. Labeling, caricature and exclusion occur as offended parties rally together against a common enemy.

There are many forms of online shaming: The angry blog, the critical tweet, the vicious comment on Facebook. Whatever the method—people try to hurt people. Sometimes the shaming escalates into a mob, a faux-community that latches on to the negative verdict and piles on. Under the pretense of righteous indignation, the mob licks its chops as it goes about demonizing, diminishing and destroying its target.

THE POWER OF SHAMING

Andy Stanley once said in a sermon that it would take just five poorly chosen words, spoken in the wrong setting, to destroy him personally and professionally. This nightmare came true for Justine Sacco, a PR consultant who posted an offensive tweet—just 12 words to her 170 followers—while boarding a flight to South Africa.

When her plane landed, Sacco discovered that her tweet had gone viral. In a few short hours she had become the headline, the inhumane bigot and common enemy to tens of thousands of people. On the basis of those 12 words, she lost her career and the life she once knew.

Looking back on the incident, Sacco reflected, “I had a great career, and I loved my job, and it was taken away from me, and there was a lot of glory in that. Everybody else was happy about that.”

Imagine for a moment. Your entire life, all you had ever done or worked for, reduced to a single, 10-second lapse in character and judgment. And those who brought you down? They never met or heard of you before today, and will never again think of you after today. To those who brought you down, your name was never sacred. Rather, it was a product—Outrage Porn—to be consumed and evangelized as the latest cheap thrill.

Your character assassins will never have to look you in the eye. Nor will they be held accountable for turning you into a nothing, or for their blatant disregard for your whole, image-bearing person.

THE BIBLE AND SHAMING

It’s also there in those who brand the woman caught in adultery with a Scarlet Letter. The mob encircles her, ready to pile on and destroy. Had Jesus not intervened, they would have destroyed her just like the Internet mob destroyed Justine Sacco for her single act, the act that she apologized for through tears. But apologies don’t make good stories, do they? They aren’t as tweetable.

WHAT SHAME TELLS US ABOUT OURSELVES

The pious Pharisee’s bravado and righteous indignation is just a mask for self-justification. Forming a mob around a common enemy—around “the sinners”—was the groupthink of deeply insecure, small men looking for a way to medicate their own small egos at the expense of a scapegoat—a scapegoat who was no more shame-worthy than they.

As a Christian who is active on social media, I often remind myself that each image-bearing name is sacred. The ninth commandment, which warns against bearing false testimony of any kind about one’s neighbor, must remain in the forefront. I must remove all negative caricature—the exaggeration of someone’s worst features and the censoring out of her or his best ones—from my words, both spoken and written. It is unChristian to bless God while cursing a person with a soul.

EVEN WHEN THE SHAMEFUL STORY IS TRUE

And when the damning narrative is true? When the horrible account about a person is more reality than caricature? Even when this is the case, humble restraint and self-reflection should be the starting point.

And we all tremble at the thought of receiving a curse for tearing down a name and doing violence to a soul.