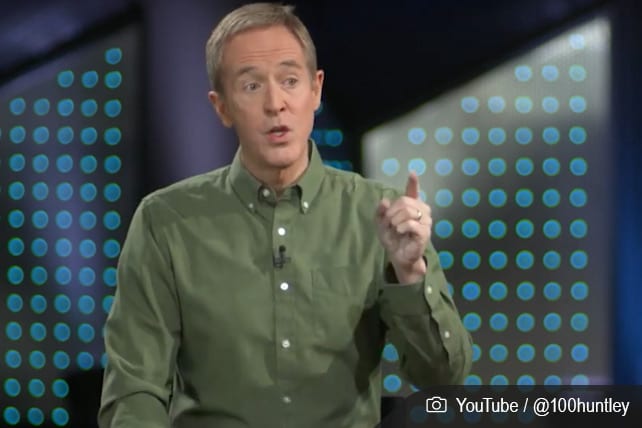 Andy Stanley, who expresses passion for reaching the unchurched and “post-Christians,” has taken heat from people who fear he wants to abolish the Ten Commandments and other Old Testament teachings.

“The Old Covenant Has Come to an End”

In Irresistible, Stanley argues that today’s church needs to be stripped of “old covenant leftovers” that impede, divide, and confuse. In his latest interview, he emphasizes that the Old Testament will always have value because it reveals how God faithfully fulfilled promises. It also provides context for Jesus’ new love-based covenant.

“God didn’t change; the covenants changed,” Stanley says. “It’s a brand-new covenant. But to get to the new, we had to go through the history of the old.” Jesus, he adds, is “the reason we take the Old Testament seriously.”

We can’t “sanitize” God’s promises to Israel and “dust them off” for the 21st century, Stanley says, “and somehow make them fit with Jesus and make it all blend together.” That muddies the gospel message, he says, especially for people who may want to return to the church but are scared off by “Christians doing all kinds of crazy things based on their understanding the Bible.”

“The foundation of our faith is not a text,” Stanley says, “and I understand why that makes people nervous.” Instead, he says our foundation is “the event of the resurrection,” and faith is “most defensible” when we’re defending that documented event.

Calling the old covenant obsolete is scriptural, Stanley notes. The Jewish writer of Hebrews says (in 8:13), “By calling this covenant ‘new,’ he has made the first one obsolete; and what is obsolete and outdated will soon disappear.” Stanley asks, “Why would you reach back to an inferior covenant with inferior promises when God has given you a better covenant with better promises?”

Jesus himself, while instituting the Last Supper, “changed the meaning—for the whole world” of “the most sacred Jewish meal,” Stanley says. Communicants now celebrate Jesus, not the rescue from Egypt.

Jesus’ new covenant is simple and inviting, Stanley says. Instead of 613 old covenant laws or even the two “greatest” commands from the New Testament, the new covenant consists of loving Jesus as he has loved us (John 13:34-35). With that single standard, Stanley says, we can’t find loopholes. “The answers become terrifyingly clear because we almost always know what love requires of us.”

Focus on the Next Generation, Stanley Urges

Stanley’s goal isn’t to give people a different view of Scripture, he says, but to help them think about God’s Word “within a broader context of faith.” Terminology changes are important “for the sake of the next generation,” he adds.

The audience for Irresistible, Stanley says, is people who grew up with a traditional understanding of Scripture and have lost an “on-ramp” to share their faith with the next generation. Digital natives and “nones” have questions but aren’t satisfied with the pat answer, “Because the Bible says so.” In fact, many have left the church—or even the faith—because of certain “biblical” teachings.