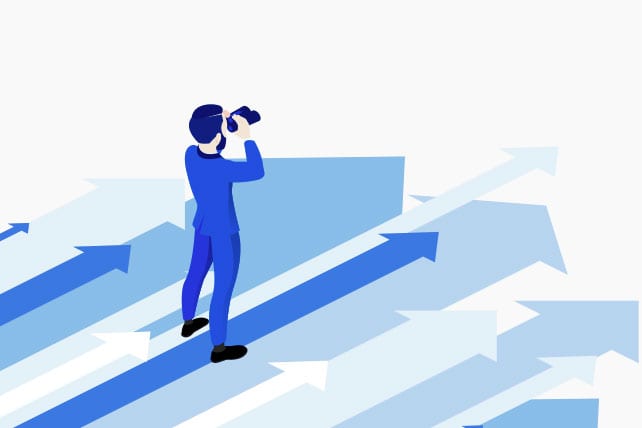 We’re in the middle of something. It’s a crisis. A pandemic. We’re physical distancing (“social distancing”). We’re in-between life as we knew it and something different.

While we’re in-between, what if God desires to prepare us for something different. Something He’s about to do? What if God is about to do something that we could use this time to get ready for?

Check out this passage from the Bible:

Joshua 1:1-3 (NIV) After the death of Moses the servant of the Lord, the Lord said to Joshua son of Nun, Moses’ aide: 2 “Moses my servant is dead. Now then, you and all these people, get ready to cross the Jordan River into the land I am about to give to them—to the Israelites. 3 I will give you every place where you set your foot, as I promised Moses.”

Joshua was leading a group of people who were in between two places. They were no longer in Egypt, in captivity. Yet, they were not yet in Canaan, the Promise Land. They were in-between.

Do you ever feel like you’re living in-between? We are right now… We’re in-between pre-COVID-19 and post-COVID-19. In-between is the space situated somewhere between two extremes or recognized categories.

What if God uses times of in-between to prepare His people for greater impact and purpose?

Is there anything that would change in your life or leadership right now if you began to view this in-between time as space separating the place God has delivered you from and the place God is developing you for?

God never wastes anything. He doesn’t waste His Words or His Promises. God is also known for using bad things for the good. I believe this means staying in between the past and the promise is never God’s final plan for us.

What if it’s possible to long for “normal” so badly you overlook that everything is different?

I do not know exactly how things will be different for us a nation or culture. I do know God is directing me toward a new normal that will look different from how things used to be.

What if it’s possible God will use the Church in ways that only those who are willing to do things differently will experience it?

Before you get a bunch of ideas about what I mean, let me say this: There are some things that do not change: God and His purpose. He is still good and He still loves people. He still is righteous and desires for His righteousness to influence our lives.

How could God use this time of in-between to sharpen, re-focus, or even redirect your life and leadership?

If you’re open to using this time of in-between to prepare for something different, something better, below are three practices to begin implementing:

After God instructs Joshua to GET READY for what He is ABOUT TO do, God puts things into perspective for Joshua.

Joshua 1:5-6 (NIV) “5 No one will be able to stand against you all the days of your life. As I was with Moses, so I will be with you; I will never leave you nor forsake you. 6 Be strong and courageous, because you will lead these people to inherit the land I swore to their ancestors to give them.”

1. When God is ABOUT TO, realize that it’s not just about you.

What is God leading you toward that others will benefit from, too? Essentially, God is saying the Promised Land is never just for you. Whatever God is doing within you in some way is for others, too.

Do you believe that?

Is God preparing you for something new and different? Is He creating a new “normal” in His people that will reach far beyond them — kinda like, “for God so loved THE WORLD”?

This may seem harsh, but I believe we miss out on the greater blessing when we only reserve it for ourselves. God will never take you to the Promised Land if you are neglecting Him and others along the way.

Based on the Israelites’ journey, it is possible to stay IN-BETWEEN until we have a vision for how the promised land is for others too!

2. When God Is ABOUT TO, recall what He’s said to you.

God is so gracious. He actually promises to “never leave us or forsake us.” The same promise He extends to us a long time ago He shared with Joshua, too.

Joshua 1:8-9 (NIV) “8 Keep this Book of the Law always on your lips; meditate on it day and night, so that you may be careful to do everything written in it. Then you will be prosperous and successful. 9 Have I not commanded you? Be strong and courageous. Do not be afraid; do not be discouraged, for the Lord your God will be with you wherever you go.”

Joshua could have based his condition upon how he felt or on God’s Word and His Presence. Like us, Joshua had reason to feel afraid and discouraged.

Joshua was leading people into a war, not on a hike. Joshua could have been fearful that rather than fighting the nearing enemy the people would fight each other; it wouldn’t have been the first time.

Joshua could have been fearful…that he didn’t have what it takes. …that it could be another 40 years before they entered the Promised Land. …that they would turn away from God again like they had in the past.

What has a grip on your heart that needs reminding of what God says and where God is?

In times of crisis, we have the option to base our condition on:
1. What God has said (commanded).
2. Where God is (with you).

Ask a kid: “Was there ever a time you were really afraid? Did you ever run to a friend or parent who was bigger and stronger? If so, why?”

The adult’s presence eased your worries. The adult’s words comforted your concerns.

Fear is pacified when Someone Greater is with you.

Like Joshua, God wants us to recall two things: His commands and His Presence.

3. When God is ABOUT TO, decide what you will do.

Joshua had enough of being in-between. He was ready to move on.

Joshua 1:10 (NIV) “10 So Joshua ordered the officers of the people: 11 ‘Go through the camp and tell the people, “Get your provisions ready. Three days from now you will cross the Jordan here to go in and take possession of the land the Lord your God is giving you for your own.” ’ ”

Joshua had made up his mind. His decisions influenced his actions. Movement requires a decision. The decisions Joshua determined the promises He’d experience. Joshua decided to partner with God.

Joshua allowed God to use the time in-between the past and the promise.