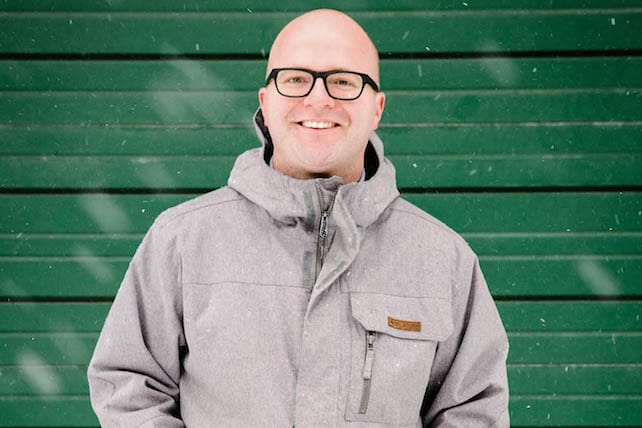 Adam Weber is the lead pastor of Embrace, a 10-year-old church in Sioux Falls, SD that has grown to 6 campuses and 4,000+ people in weekly attendance. For the past four years, Embrace has been listed as one of the fastest growing churches in America according to Outreach Magazine. Adam is the author of Talking with God: What to Say When You Don’t Know How to Pray. Adam is married to his beautiful wife Becky and they have 4 kids: Hudson, Wilson, Grayson, and Anderson.

How can pastors embrace vulnerability to ask for the help they need to prepare better sermons?

What do you sense is a pastor or ministry leader’s greatest struggle with prayer?

“I look at the prayers of Jesus and the teachings of Jesus, and they were super, super simple…Jesus used simple pictures and parables to explain things that anybody can understand.”

“Pastors are criticizing pastors and other churches, which I think grieves the heart of God.”

“What would it look like if instead of the church being critical and judgmental and instead of human beings criticizing everybody, what if on Sundays and all throughout the week, we were just on the sidelines just cheering?”

“Every week, I have two separate groups of people who hear my message before I preach it on Sunday. I call them the firing squad, because I want them to speak freely and honestly.”

“What you have to do as a pastor is you have to set aside your ego—you are not God’s gift to the world.”

“Whether you’re a worship leader, small group leader, I would encourage you not just to surround yourself with worship leaders who do worship-leading things. But instead, have normal human beings.”

“What do we do when we’re ashamed of something? If it’s a positive thing, we do whatever it is less. Instead of talking with God more, we talk with God less.”

Talking with God: What to Say When You Don’t Know How to Pray