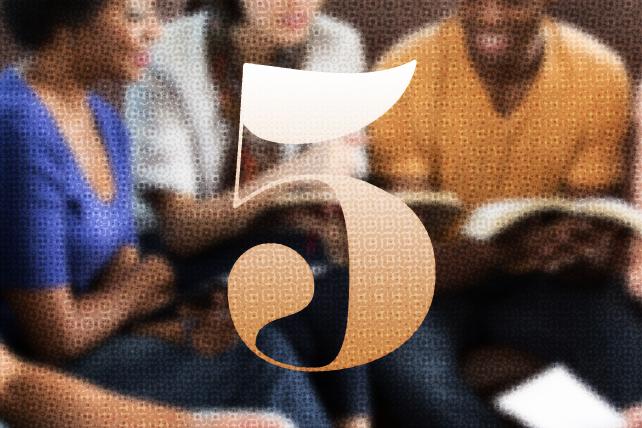 Yes, I do know that. I also know that one of the most common reasons small group ministries struggle is that they are using a design that would have been awesome in the 20th century.

That’s right. The single most common reason small group ministries struggle has to do with a 20th-century design.

Want to build a small group ministry for the 21st century? I think there are at least 5 essential practices that must be installed.

First, prioritize the needs and interests of unconnected people.

Too often we’re spending our energy trying to satisfy the interests of the already connected at the expense of the unconnected. If you want what you’re doing in the 21st century to matter, you must develop an others-first mentality.

How might that be different than what you’re doing now? Several changes come to mind:

See also Preoccupied With the Needs and Interests of the Right People.

Second, look for leaders who are closer to the edge of your congregation.

If you want to connect beyond the usual suspects, you’ve got to find ways to identify, recruit and develop potential leaders from the outer edges of the congregation and inner edges of the crowd. Why? Two reasons quickly come to mind:

The small group connection strategy is one example of this kind of strategy. The host strategy coupled with a church-wide campaign is another example. Both strategies implemented correctly are designed to produce unexpected leaders. See also The X Factor Is Near the Edge

If you want to connect way beyond the average adult weekend attendance, you’ll need to leave behind the idea that small group involvement is somehow extracurricular, a menu choice, heroic or sacrificial. Instead, grouplife must be seen as an ordinary part of the Christ-follower pattern.

Clearly, it must be seen as normal for everyone (senior pastors, staff and leadership can’t be exceptions). Telling stories about the benefits of being connected in community must be leveraged.

Not a class or an elective, discipleship must become factory installed. Not an add on. Not an upgrade. Built into the ordinary function of every small group.

Connected in community must lead directly and without exception to growing in Christ. The idea that small groups are about fellowship (connecting) and another experience (a program) would be about discipleship (growing) is a relic of the 20th century (and maybe the 19th century).

Finally, design grouplife to function as both next step and first step.

It becomes more likely every day that first steps will happen outside of the weekend service. Come over for dinner is easier than come with me to church. At the same time, since the optimal environment for life-change is a small group (not listening to the pastor’s sermon or Bible teaching in an ABF), next steps must be built into the life of the group I’m already in.

What do you think? Have a question? Want to argue? You can click here to jump into the conversation.