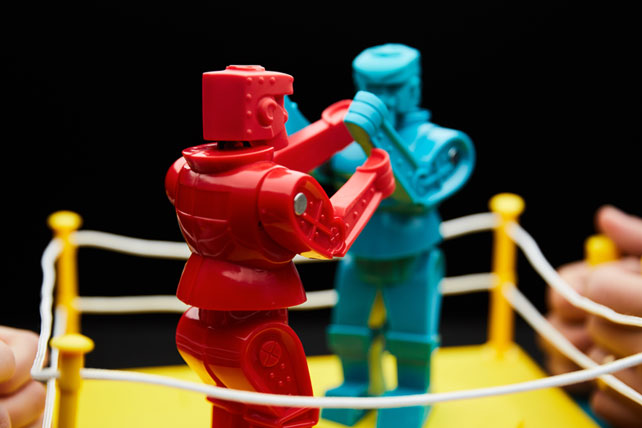 It has been said that the only two things in life that are guaranteed are death and taxes. In my experience, there’s a third: it’s guaranteed you’ll blow up your Bible study group if political conversations aren’t managed well. Perhaps you’ve been in a group when politics came to the forefront of the discussion. People literally have felt more passion about political topics, candidates, and policies than they have about evangelism, financial giving, or serving! It’s crazy. But it is also reality. And in the political season we now find ourselves, with the first Democratic debates having taken place already, and Republican debates soon to hit the airwaves and internet, you can bet that there will be conversations in your Bible study group that will have the potential to be a powder keg. How can you lead and teach your group, guide them well, and manage the political conversations you know are going to come up between now and the next presidential election? Here are some ways you can do that and lead your group well.

1. Set ground rules. It’s not too late to lay down some ground rules in your group as the presidential election process continues to unfold. Tell your group how you’re going to lead them when the conversation turns political. Above all, remind the group that you will follow biblical mandates such as pursuing peace (I Peter 3:8), relating to one another with humility (I Peter 5:5), and showing patience towards one another (Ephesians 4:2).

3. Acknowledge there are no perfect candidates. There is only one perfect ruler, and his name is Jesus. While we are thankful for the leaders he allows to rule us, our ultimate allegiance is to Jesus. Every candidate is going to have “warts and blemishes.” If you believe your candidate doesn’t, be ready for a rude awakening when people in the group point out his or her shortcomings.

4. Pursue the biblical mandate of unity. Unity doesn’t mean uniformity, but it does mean that I place my thoughts and actions aside for the greater goal of maintaining unity in my group and in my church. You wouldn’t want discord in the Bible study group to spill over into the church and cause the church to develop a reputation for being a divided congregation. That wouldn’t be a good witness to the community.

5. Agree to disagree. As much as you try, you’ll never completely agree as a group about a political candidate, a policy, or issues surrounding a political party. Disagreement is going to be a part of life, and a part of group life even in the church. Generations of people’s families have voted a certain way in some cases, and no amount of reasoning or Bible thumping is going to change their minds and cause them to vote against their family’s traditions.

6. Agree that a political conversation is only allowed if it directly relates to the Bible study at hand. This one simple rule will greatly reduce the impromptu speeches that can take place when a passionate member of your group waxes eloquently about politics. Call a foul and ask the group member to not introduce political comments into the Bible study. Remind them that it is acceptable only if it relates to the study at hand.

7. Remind your group to follow biblical guidelines related to local, state, and national leaders. First-century believers found themselves in some dire straits with regard to the political leaders of their day. Having Nero as the emperor wasn’t exactly a cakewalk. The New Testament encourages us to submit to and pray for leaders. “Everyone must submit himself to the governing authorities, for there is no authority except that which is from God. The authorities that exist have been appointed by God” (Romans 13:1).  The Apostle Paul also wrote these words, “First of all, then, I urge that petitions, prayers, intercessions, and thanksgivings be made for everyone, 2 for kings and all those who are in authority, so that we may lead a tranquil and quiet life in all godliness and dignity. This is good, and it pleases God our Savior…” (I Timothy 2:2).

Christians should consider the positions of candidates and parties, but it can be a powder keg waiting to explode. Do your best to approach political conversations with great humility and a dependence upon God to know how to guide your group’s conversations.  Above all, remind people that the earthly leaders we have are temporary leaders we are placed under while on earth. We have a heavenly King who is our ultimate authority – the One who is right, just, and will one day return to establish His kingdom where righteousness will reign. Until then, we pray for our leaders as Scripture commands us to do, and we eagerly await for Jesus’ return.