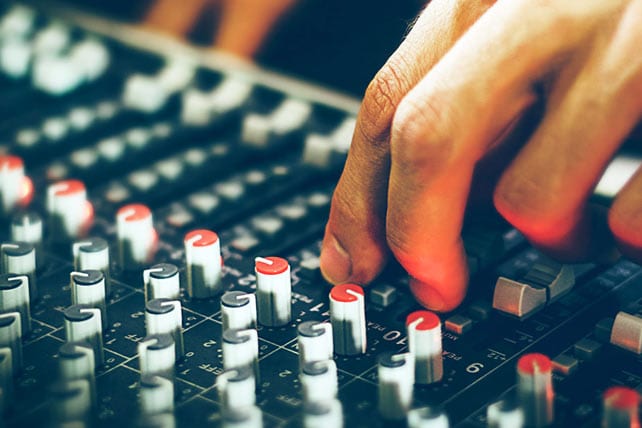 Have you looked at the set list for next weekend? Do you have any idea what songs you’ll be mixing?  The standards, right? A worship team worth their weight in salt (that’s a lot of salt) will be rotating in new songs now and then. The musicians will practice their respective parts, the worship leader will have an arrangement selected, and as a team, they will practice the song until it’s good enough for playing for the congregation. You are the final musician on that team, mixing all of their sounds together into a song lifted up in worship. What have you done to learn that song?

Today’s article lists out the steps I take whenever I see a new song on the set list. I’ve mentioned before about the importance of getting a copy of the song which the band will be using as their blueprint. This list goes way beyond that. It’s a way of creating your own mix blueprint. It’s a way of ensuring you are just as prepared as the musicians when you mix the song for the first time.

1. Listen to the song

Get a copy of the song which band is modeling the style and arrangement. The worship leader will likely tell you something like “we are doing the 10,000 Reasons song By Matt Redman in the same way he has it on the 10k Reasons album.”  You can jump onto Spotify or YouTube and look up the same version…if you don’t already happen to have it in your personal music collection.

Listen a few times to get the general OVERALL song feel. Is it slow or fast? Simple or complex? Does it have a big sound or a ‘small set’ feel?  Get the big picture.

From the musical side of things, a song is arranged into several common areas. You might think of this as the verses and the chorus. For your blueprint, start with the following six areas. This list can be expanded as I’ll soon discuss but for now, this is the best place to start.

3. Listen and fill out the breakout basics

You know the general feel and flow of the song, now you need to sketch out the basic outline. You will need to adjust your breakout order if you have verse and chorus differences. For example, the second verse might have a different arrangement than the first verse. If this is the case, modify your notes such as:

Consider this example of breakout notes:

4. Listen for the mix details

It’s time to focus in on the mix details.  Consider this sample of a breakout:

In this step, you are noting where the instruments and vocals sit in the mix. You should have also noted any mix points, like “piano sounds bright.” You don’t need to write down,“expect a 560 Hz cut on the electric guitar” but you should write enough that describes what you’d expect to mix if it’s a bit out of the ordinary or worth noting. For example, in the song 10,000 Reasons, there is a distinct tom hit 3 times in a row. I heard the tom sound described as having a “tribal drum” sound. That tells me I need it upfront in the mix and how to mix it.

5. Pick out the effects

This is the last step in creating your mix blueprint. Listen to the song and look for the ways in which effects are used. Then make a list of the instruments/vocals which have those effects used and describe how they sounded. For many worship bands, the effects will stay the same throughout the song but if you want to copy an arrangement with effects changes, then go for it.

The musicians put in a lot of time preparing for the church service…and if they don’t, they should. You need to put in time preparing your mixing plans when a new song comes along. Listen to a copy of the song for the general feel. Create your breakout list with your song basics.  Then go back and add in your mix notes. It’s really nice to stand behind the mixer during practice and look down at my mix notes for a new song. Your mixes will come together a lot faster and ultimately sound better because of your extra planning.