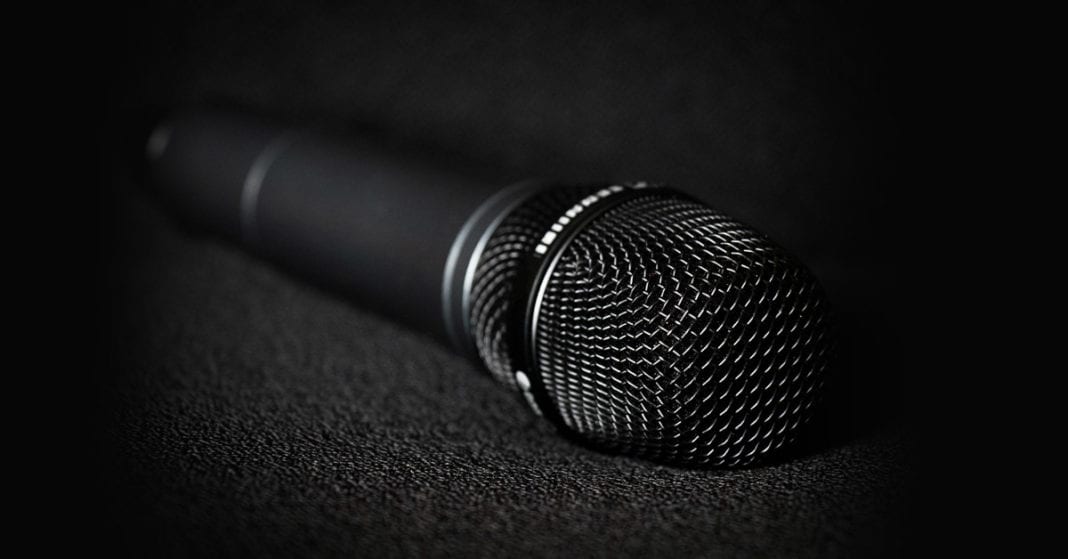 This could be the most important thing you read all day.  Wireless microphones and in-ear systems that use the 600 MHz band, in the United States, will soon be doing so illegally. In some cases, they will stop working.  Worried you made a mistake? The good news is I’m here to help.

The United States Federal Communications Commission (FCC) auctioned off airspace in the 600 MHz band, originally available for using wireless microphones, to companies including cellular internet providers. Users of wireless systems like microphones, in-ear monitors, and intercom systems were told to vacate the space or face fines and criminal sanctions.

Originally, they said we had until 2020 to replace our gear and stop using the equipment. But then, buried in fine print, it said UNLESS the auction winners start using that space, in which case we needed to vacate that space immediately. Guess what happened?  Thanks, T-Mobile.

Specifics: The auction resulted in frequencies from 614 to 698 MHz being auctioned to companies, including cell phone companies like T-Mobile, or being otherwise unavailable for our usage.

Ya’ll have a similar problem but I don’t have the dates and details on it. Check your govt’s web site for more information.

Is this really impacting the church?  YES!

Before we start throwing stones, we must recognize the growth of wireless technology and our love of checking email, Facebook, Instagram, and even remote mixing comes at a price.

What will my microphone do if T-Mobile starts using the space?

Are you willing to risk interference during your church service? During the sermon? Oh, and if (when) you’re caught, you’ll be fined and criminally sanctioned.

Maybe you’ll get a warning, though. Maybe. “Fix that headlight tomorrow to avoid a traffic ticket.” One can hope but I wouldn’t bet on it.

If you really want to read the details about the 600 MHz ban, check out the article on the FCC website.

This is where I come in.

First, there’s some relief in sight. Some of the pro audio companies are providing rebates on wireless microphones. If you have microphones that use the 600 band, the below companies are willing to cut you a break. Links are to their rebate pages. Just beware the rebates are ending soon so take advantage of them before they run out.

Trust me, they don’t like it any more than you do. Some even petitioned the F.C.C. against the ruling. I know people at some of these companies, including Sennheiser, and they aren’t happy about it either. But, given all of the ways airwaves are used — and you wouldn’t believe the thousands of way, this auction isn’t much of a surprise.

WHERE I CAN REALLY HELP YOU

Here’s the kicker, you’ve got to explain this to your priest, pastor, elder, or whoever controls the finances so you can buy the replacement equipment. How do you explain it to them?  How do you convey the facts and the urgency? I’ve got you covered.

Click the link below for a custom letter I’ve written just for that purpose. You can edit it, sign it, do whatever you want, but it’s your copy for FREE. It explains everything, in a non-technical way, so the church official understands the impact and the urgency of the matter.