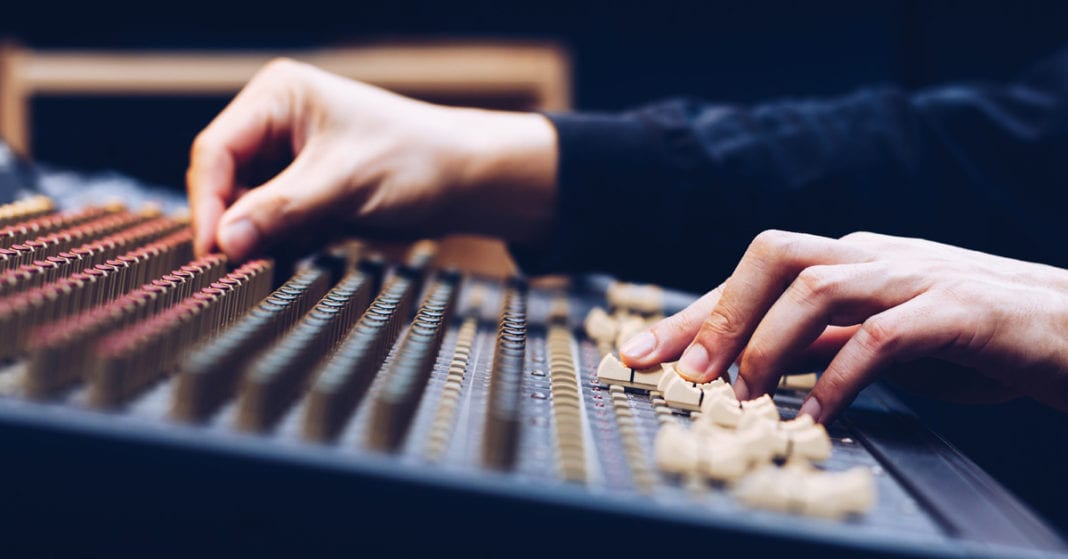 Too many times, we limit the quality of our mixes because we don’t know about the little tips the pros use, or more likely, we’re limiting our mixing quality because of what we THINK we should do.  It’s only when we open our eyes to what’s possible do we really have a chance at creating a great audio mix.

Consider the ten tips below as ways to break out of a limited mix mentality.  But to being with, I’m including a tip that everyone should do no matter how long they’ve been mixing.

1. Build a mix from a template

If you’re starting a fresh mix every week, because you’re in a multi-purpose room or the musicians change each week, then consider a mix template that you can put into place before the band arrives.

Yes, I know you can recall EQ settings on digital mixers but if you’re in that category and you’re so sure that’s always an option, guess what, you’ve been asked to mix in a youth hall or gymnasium or whatever.  The bottom line is the template idea can save you time.

What type of stuff can you do with this template?

If you’re ever called to mix at the last minute such as when the regular sound guy calls in sick, or in my case, when the production director got hit with a kidney stone and there was a quick reshuffling of staff and volunteers on a Sunday morning, I could glance over the mix to see if the channels were where I expected them to be.

2. Use compression for a tighter sound

Too often, we think compression is just for vocals.  I use it on everything from acoustic guitar to bass guitar to drums.  Sometimes it’s used as an effect but often it’s to get a consistent volume from my guitarists.

If you’ve got a digital mixer, there’s no reason not to use compression.  And honestly, same for those of you with analog mixers and rack compressors.  And don’t worry if you’re afraid of making a mistake, test it out during a practice.

3. Listen to what the live microphones hear

Don’t assume you know what each channel is giving you.  Put on some headphones, hit that PFL SOLO button and listen.  Listen to what you’re getting and compare it to what you thought you’d get.  You might find that vocal mic is picking up the drums or that acoustic guitar has some string fret buzz in it.

Microphones on the stage can pick up a variety of background sounds.  In particular, boosting the high-end frequencies of a vocal microphone can pick up drum cymbals and unintentionally accentuate them.

From here, you can then decide if you need to make microphone changes on stage, talk with a musician about a problem with their gear, or get creative with your mixing, through gates or narrow EQ cuts or by using whatever means necessary.

It really comes down to this — you can only produce a great mix when you know your exact ingredients.

4. Pull your male singers out of the mud.

This is a simple tip I learned years ago and it usually works.

Cut your male vocals in the 250 to 350 Hz range to clear up your vocals.  Often, this range is where the muddiness exists.  But be careful, if you do apply a cut to someone who isn’t creating muddy frequencies in this area, you might be taking away from the warmth of their voice.

5. Recognize the side effects of reverb

Reverb can be a great mixing tool but it has side effects, like headache, upset stomach, and ….ahhh…wrong side effects. What I mean is when you add reverb to anything, you can give it a better sound but the more reverb you add, the more that channel is moving back in the mix.

Imagine a cube and the face closest to you is everything loud and the face farthest away is the softest sound.  Mixing is all about placing channels in that cube.  The more reverb you add, the farther back that channel moves in the (cube) mix.

That being said, a volume boost might be enough of a correction or the answer might be less reverb or a mid-range frequency boost, it all depends on your mix goal.

Another side effect is loss of clarity in that channel.  Now you can double a channel on a mixer and keep one channel dry, meaning no effects, and have the other channel wet, meaning it has effects.  Then, if that wet channel is losing too much clarity, you can boost the volume of the dry channel to make up for it.

6. Mix the kick drum and bass to work together

This one is short and sweet.

Try letting the bass give you the TONE of the low-end while letting the kick drum win on the attack.  Each instrument brings something different to the mix and you can use the parts of each to create something bigger.

7. If you are ever prone to hitting a piece of equipment to make it work…

…once is maintenance, twice is abuse.  You didn’t hear that from me. Seriously, if you have equipment that doesn’t work correctly 100 percent of the time, replace it.

8. Take control of your house EQ…

…by controlling the Q-value of your cuts and boosts.

On a standard 32-channel rack EQ, the Q value (that is the width in which a boost or cut is made) is the same with the exception that it might automatically tighten up if a cut is below 3 dB.  Think of that Q value as a bell curve and you can control how wide the curve is — and that controls how wide a range of frequencies are affected.

Therefore, if you run a digital mixer, use the onboard master EQ to alter the house EQ.  This gives you the ability to also control the Q-value of your cuts and boosts.

Honestly, I know there are so many of you that use digital mixers but if you don’t know how to do anything other than mix channels, you’re missing out on the power of the digital mixer to do a lot of great stuff.

Adele released the song Hello that became popular and the studio engineer highlights her vocal, in part, by using a low pass filter on the drums to the point that they have just the energy of the beat but not the actual sound.

This is where I have to emphasize this idea:

Don’t mix like you think you need to mix.  Be creative.  How many great songs are in the key of G?  How many fancy meals involve mirepoix (onions, celery, and carrots)?  You can do so must with a mixer as long as you are thinking about what would sound good, not what is traditionally done.

How should you mix a male vocal? However you want so in the end, the mix sounds great.  Roll off the highs and lows, whatever, just be creative!

Try adding high end to your toms.  Boost the mids and highs on your bass guitar.  Those low-end instruments can have both fundamental and especially harmonic frequencies that go well into the midrange and high-end frequencies.  Don’t assume instruments can only work a certain way in the mix.

Listen to a variety of music genres to hear the possibilities.

If you’re new to mixing and struggle with building a consistent mix every week, check out:

10. Don’t be afraid of distortion

Distortion can work on more than a bass or a guitar.  It can even work on a snare drum.  Distortion can sound different depending on how you use it and set the appropriate parameters.  When you do use it, use it because it helps the overall sound of the song.

For example, I use distortion on my worship leaders voice because just the right amount is what it takes to get his vocal to pop in the mix.  It’s not noticeable to the listener but when I disable the distortion, his vocal falls back in the mix.

Distortion adds new frequencies to a channel and often those mid and high range frequencies, especially the mids, can help punch up a vocal or acoustic guitar — I’ve used it there as well.  It’s also a valid effect for any channel as long as it improves the sound of the mix.

And there you have it, ten mixing tips that you can use this weekend.

This article is also available as a podcast — with just a few more bits added in.  I’ve added the player at the top of the article or you can use the below links.