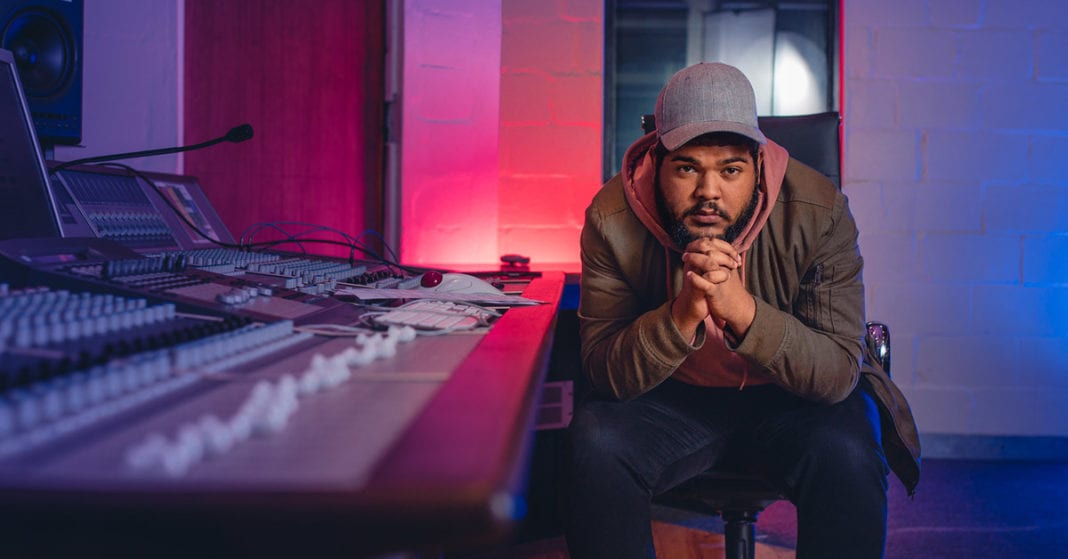 There are six things I wish someone would have told me when I started in church audio production. They’re simple to understand yet, no one talks about them. That ends today.

The following is the transcript of the podcast.  Check out the end of the article for direct links to the podcast on the major podcast players.

The transcript of the podcast:

My early days of audio production were simple. A set of hanging choir mics, two lectern mics, two wired microphones and too many empty channels on that old Mackie SR24:4 analog mixer. It’s safe to say I didn’t have much to do. I didn’t even have to worry about mixing monitors. As a matter of clear public record, I was the church’s very first sound guy and working on their very first audio system. For those reasons, I often heard the words, “great job.”

I had no idea that was far from the norm.

Since then, I’ve mixed at a lot of places, churches included, and I can say, without a doubt, that it doesn’t matter what church or theater or venue you are at, it’s far from what Sheila E. would call the Glamorous Life.

One day, I’m standing over a trash can cleaning out the hard crusty wax from a set of in-ear headphones. Another day, I’m mixing the service and there, a row ahead of me, are two people talking through the worship music. And then there are the days of dealing with requests to raise the temperature, lower the blinds, or provide directions to somewhere within the church…all within ten seconds of the service starting.

That isn’t to say I dislike what I do or find it burdensome. As a matter of pure fact, I love it. What I don’t love, or should I say I didn’t love, was finding out about all the things no one tells you about. It’s the stuff not found in books or magazine articles. it’s more the type of stuff that comes out when seasoned sound guys start telling war stories.

And its this very stuff that I’m telling you about today.

The stories I’m about to mention are true though names may be changed to protect the guilty. Most are stories that happened to me. Others, well, are from sources who would rather remain anonymous.

Let me make it clear, if something can break, blow up, catch fire, power down, or in any way outright fail at the worst time possible, it will. And I haven’t even mentioned what happens when a guitar player busts a string. As one worship leader I know says, “why is it always my G-string”

There are a variety of worst-case scenarios if you think about it: mixer dies, pastor’s mic dies, people stop tithing their 10 percent. Whatever it is, these things happen. But before I talk about preparing for them, I want to tell you a short story and see if it doesn’t send chills down your spine.

My friend was mixing the service and everything was going great. There was even another person was in the sound booth, shadowing him, as part of the audio production learning process. Suddenly, without warning, the equipment in the sound booth shut down, the house speakers fell silent, and the band stopped playing.

My friend quickly looked around and realized that the other guy swiveled in his chair and his knee hit a power switch on a floor rack unit. Worst-case scenario and yet a simple solution.

So, what do you do about worst case scenarios?

You plan for them. The simplest thing I learned to do was to map out the signal flow of all the audio equipment in the room. I’ve done this everywhere I’ve gone and once even found myself re-wiring a system because it was so messed it.

When you know how the signal flows, you know where to look when something stops working.

Start at the mixer and go backward. Let’s say you stop getting a channel’s output in the house speakers. What does the channel signal meter show? Is it getting anything? If not, check the gain, check the connection, check the wireless receiver, check the stage, check the source. If you are getting a signal, make sure the channel isn’t in a mute group or in some other group that isn’t being used. Check the signal on the amplifier. You get the idea.

Learn how the signal flows and you’ll do great.

But let me get back to the idea of making a plan.

Create a plan for the power going out. Make a plan in case the mixer dies. Would you pull in a backup mixer, get one from a youth room, or do something else?

Here’s the thing, when something goes wrong, you aren’t allowed to panic, at least not outwardly. What you should do is follow a four-point routine:

The best way to deal with these worst-case scenarios is to plan for them. However, if you’re surprised by something you didn’t see coming, then follow that process of Relax, Assess the situation, Make a Plan, and Execute on it.

Whether it’s cleaning out the wax from in-ear headphones or wiping off microphones, it’s a dirty job. I’ve had to crawl under places as I waved at the friendly neighborhood spiders. I’ve had to lube up a snake cable to feed through conduit and then pull it out the other end. That one still makes me squirm.

There isn’t much you can do about this part of the job other than to accept it.

I’ve had techs tell me they had people who wanted to volunteer but only if they mixed. They didn’t want to do the less glamorous work, like stage prep or cleaning equipment.

I don’t mind the hard work. I don’t even mind getting dirty. But when it comes to things like cleaning out wax, I just keep one thought in my mind – this is a ministry job and part of my work is serving people.

What I mean by that is live audio production is stressful. The schedule changes. Things break. Personalities clash. And, there are no do-overs. IT’S LIVE, BABY!

There will be days you want to walk out the door. Most every professional live engineer I’ve met has had such a moment. I know one who was so frustrated with the ridiculous demands of the musicians during the soundcheck that he walked out of the sanctuary and almost walked out the church doors. But he didn’t walk. He took a few deep breaths, walked back in and tried to meet their needs, and then only later did he have a sit down meeting with the worship leader to work out the problems.

It can be stressful, but that comes with the job.

I had a congregation member yell at me about the volume during the church service. I maintained my composure, told him it was within the range the church leadership deemed acceptable and I told him who he could contact after the service. Then he proceeded to tell me he was going to walk to the front of the church and say something. I’m not sure how he was going to do that with the band on stage. I gently but firmly repeated to him who he could talk to after the service. Eventually, he sat back down.

Did I think he was being ridiculous? Yes. But I also figured that the anger he had over the volume was rather extreme and likely, he had something else going on in his life. As it turned out, he did and me, the sound guy, was an easy target for his anger.

Of course, there’s also the stress of working in a live production environment where we can’t hit pause or call for a redo.

All this being said, you need a way to manage your stress.
There are a few things that will help:

Bob Goff, author of Love Does, has a new book, Everybody, Always: Becoming Love in a World Full of Setbacks and Difficult People. And since we do work with difficult people…need I say more?