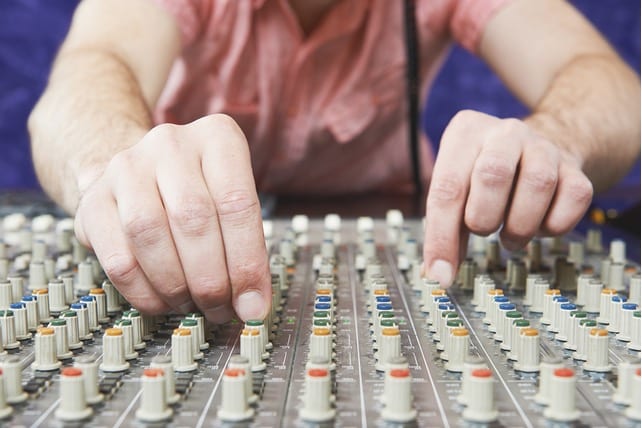 Does an audio engineer have to be a control freak? The answer is “Yes, and you’re wrong.” The other anser is “No … and you’re also wrong.” Let’s explore.

There are two extreme views of how an audio engineer should operate. One view says they are to be servants to the band and the pastor and therefore should do whatever is asked of them, whether they believe it’s right (or proper) or not.

To that, I say that’s not being a servant, that’s being a slave. And when something doesn’t work out or fails during the service, guess who’s probably going to get the blame?

The other view, much worse, is that of dictator. These engineers believe whatever they say is law and no one can tell them what to do, or even make a suggestion. I’ll be honest, these people are idiots. If you are one, hang with me a little longer.

Does the Audio Engineer HAVE to Be a Control Freak?

These two positions are all about control. But the result is either relinquishing responsibility and authority or holding too tight to it. In the latter case, musicians are afraid to talk to the sound tech or don’t even bother because they know it’s pointless. This causes a rift in the church and people like my friend Brian Gowing are called in. In the former case, the sound tech can be forced to make concessions when they know what would sound better, or work better, for a scenario.

How Do We Serve?

Let’s start by asking, “Who are we serving?” The role of a church audio engineer is to support the needs of the congregation, musicians and pastor(s) while using professional audio production skills to accomplish this. For example, building proper monitor mixes so the band can play in time and in key and focus on leading the congregation in worship.

The responsibility and ownership falls on the audio engineer, to the degree in which they have control. There’s that control word. So let’s dig into this with an example.

The audio engineer who WRONGLY takes total control is one who says, “I know what you should have in your monitor, so that’s what I’m giving you.” Right or wrong, that’s still wrong. The musician is on the receiving end so between the mix of channels in the monitor and the volumes, it’s the musician’s call.

(Now, I’m all for educating a musician in what should go in their monitor, but they have the final say. The only volume restraint I’m going to have is that the monitor volume doesn’t muddy up my house mix.)

On the other hand, those who REFUSE to take any control are the people who will have problems with monitor mixing volume because they are always giving in to the “more me in the monitor” request. When people share a monitor, this will cause an on-stage volume war.

We serve by building our skills so we can provide a high quality of audio production support, demonstrated in our results, while knowing when we need to step in and say “no” it’s because it’s what’s best for everyone.

What Are We Controlling?

Very little, outside of the massive amounts we control which no one questions. The whole production process starts with stage work; microphone selection, microphone placement, monitor placement, etc. Then it gets into our mix work. Song arrangements are a great blueprint from which to work, but how we go about building those mixes is up to us. We need something that sounds great in our venue and to our congregation. We might not mix it how we prefer but we can still create a good mix the congregation loves. And that’s success.

What if a musician brings in their own vocal microphone? I’ve had this happen. I’m OK with trying it out. As long as it’s not some Frankenstein monster with wires sticking out, why not? It might sound better than the mic they used last week.

We can seek other options. Oh, there are times to say “no,” but most times, when we get questionable requests, a better solution is available if we look for it and talk about it.

What if the pastor wants to use his wireless lapel in the baptistery? “Well, pastor, we could try to waterproof the transmitter with Ziploc bags and a ton of gaff tape, but let’s look at other options.”

Long ago, I read an account of piloting a plane. The idea was simple. A plane is a huge mass of steel and miscellaneous parts and it goes where it wants. You can’t control it. The best you can do is nudge it here and there so it eventually ends up where you want to be. The great pilots know how to finesse a plane into doing what they want.

The audio gear, the instruments, the musicians, the people involved is a lot to control and you CAN’T control all of it. We control what we can, nudge where we can and let go when we must. Live audio production isn’t the place for a control freak … unless it comes to wrapping audio cables, in which case, I’m all for it.