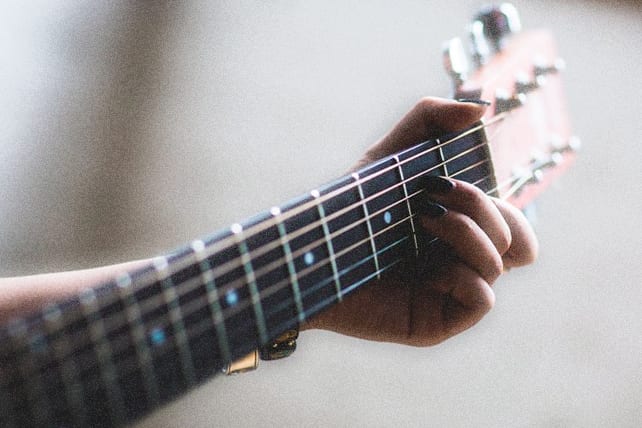 Several years back, two of my favorite bloggers wrote about issues they have with the lyrics of a couple songs for worship. Both incidents hold lessons for those who choose songs for congregations to sing, and for those who write worship songs.

First, Trevin Wax took issue with the word “just” in “I’m just a sinner saved by grace” (this popular slogan is also the lead line in the chorus of the gospel song “Sinner Saved by Grace”). He recounts the conversation he had with his grandfather, which included:

He shook his head again—vehemently. “It’s the word ‘just.’ Don’t dishonor the Spirit!”

“Trevin, you are not just a sinner saved by grace.” He was preaching now. “You are also a saint indwelled by the very Spirit of God!”

Then Mark Altrogge “messed with” the hymn “Come Thou Fount,” because of the line “Prone to wander, Lord I feel it.” Altrogge is a pastor at Sovereign Grace Church in Indiana, Pennsylvania, and writer of many worship songs, like “I Stand in Awe” and “In the Presence.” He writes:

Though I know believers are tempted to wander and tempted to be unfaithful to Christ at times, I don’t see that Scripture says we are still “prone” to sin and wander.

He goes on to say that the indwelling Holy Spirit is the driving force in our lives, not our indwelling sin.

Both authors make good points, as do some of the commenters who defended the song lyrics. But the larger issue for worship leaders and songwriters is that we must carefully consider every word. We put words in people’s mouths, which they will sing in church services as well as their homes, cars and other places throughout the week as they worship God. If you don’t feel the weight of this responsibility, you should. You must.

“All I Have Is Yours,” which I wrote with Rebecca Elliott, is one of my most widely-sung modern hymns. We wrote it for the offering portion of a church service, although many churches use it for things like baby dedications, communion and vision campaigns as well. But there is one particular line that has troubled a few pastors:

This offering is a means of grace.

The phrase “means of grace” troubled them because they are Protestant pastors who grew up Catholic, or they lead many ex-Catholics who understand “means of grace” to be a way in which grace makes people more fit to receive justification from God. These “means of grace” only come to people through the ministry of the church (mostly through priests).

I wrote “means of grace” to mean, as Wayne Grudem describes in Systematic Theology:

The means of grace are any activities within the fellowship of the church that God uses to give more grace to Christians.

He goes on to explain that “means of grace are simply means of additional blessing within the Christian life, and do not add to our fitness to receive justification from God.” This definition, as it applies to offering our money, agrees with 2 Corinthians 9:6-15. And the lines in “All I Have Is Yours” which immediately follow “means of grace” clarify my definition:

The more I give, the less I need
I learn that You’ll provide for me
Was blind to this but now I see
All I Have Is Yours

Even so, I understand why it may give some leaders pause, in their setting and background. To be honest, I had no idea when I wrote “All I Have Is Yours” that “means of grace” means anything different to anyone else. I did recognize it as a theological term, so I should have studied the term more. I probably would have kept the line, but the failure to fully study a theological term in my lyrics was still a mistake I have tried not to repeat.

Songwriters, you need to develop tough skin, not merely to resist criticism but to learn from it—especially criticism from pastors and theologians. These aren’t your enemies; they are fellow travelers in the way of Christ who are skilled at interpreting and teaching the Word of God. Their criticism can be the “iron on iron” that sharpens you (Proverbs 27:17). This advice also applies to worship pastors and all ministers of music who choose songs. Even when you decide the criticism is off base, it can still help you develop your critical thinking, your attention to detail and your commitment to biblical fidelity.

No one likes to receive criticism. And in the church we have a tendency to think that honest criticism is mean-spirited or even a “witch hunt.” But as I recently replied to a comment in Kristen’s post about the Contemporary Christian Music (CCM) industry:

I do take issue with (the phrase) “meaningless witch-hunts” though, for two reasons:

1. The Bible commands us, in many places, to test and judge all messages, and it gives us the example of the “noble Bereans” who daily searched the scriptures when Paul preached to them, to see if the things Paul preached “were so” (Acts 17:11).

2. Literary and music criticism is a valid exercise. It sharpens the minds of art lovers and consumers, and it helps artists become better (even if the artist disagrees with a work of criticism, the act of disagreeing sharpens his critical skills and opens his mind to different ways of viewing his work).

Draw from the example of Apollos in Acts 18:24-28. He was “eloquent” and passionate about teaching Christ, yet he “knew only the baptism of John.” Then the great husband-wife team Priscilla and Aquila “took him aside and explained to him the way of God more accurately.”

What happened next? Did he stalk away with clenched fists and gritted teeth? Did he complain as if they had insulted him?

No, he learned from them and became a great teacher in the early church, commended by Luke and Paul in their writings. This is the attitude every Christian should cultivate, but especially those who teach (through songs, sermons or any other form of church communication). Be prepared for criticism, and ask God to help you be gracious enough to use the criticism to learn, profit and grow.