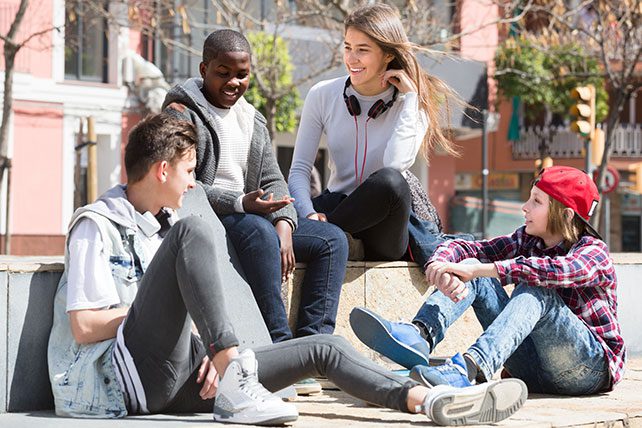 When you bring up the subject of evangelism with your teenagers, what comes to their minds? If they’re like most kids, they probably assume it’s stuffy and boring. Well, based on some crazy evangelism experiences I’ve had, I can attest that sharing the Gospel is never boring. In fact, it’s the greatest, most worthwhile adventure possible. Plus, God commanded us to go and make disciples!

During a youth group lesson or Bible study, feel free to share my evangelism experiences with kids. Then add your own. And tell teens you’re eager to hear theirs, as well!

When I was sharing Christ in a mall at age 12, a drunk guy picked me off the ground and threatened me. He barked, “This better not be a joke.” I responded “It’s not a joke. It’s not a joke” in my falsetto-level adolescent voice.

A Hindu school principal in India tried to rip the microphone out of my hand. I was preaching the Gospel at a Catholic school that invited me to preach. He did not succeed.

8. During a dog attack

Once I ended up choking a teeth-baring, angry large dog with a screen door while inviting its owner to church. She declined.

I shared Jesus with various nurses while my mom was slowly passing away for 40 days in hospice. When one would enter her room, my mom would say to them, “My son’s got something to tell you.” That was my cue to share the good news.

6. With a drunk teenager

After a Muslim man watched The Jesus Film, I had the privilege of leading him to Christ  “I came here tonight a Muslim. I leave a Christian.” That’s what he told me before collapsing into my arms and weeping.

4. Threatened by a pagan

Yes, a pagan with a Samurai sword threatened me in a witchcraft store called “Abra Cadabra” after I shared the Gospel with him. Yes, that really happened. And, by the way, I ran.

When I was 15, I shared the Gospel with award-winning Christian music artist Wayne Watson. I was a little fundamentalist teenager and just wanted to make sure this new-fangled Christian rock guy knew Jesus. He did. And yes, I know I’m a geek.

During middle school, I shared the Gospel with an entire gang called “The Condors” (back when gangs had goofy names). Afterward, I was shocked by their positive response to Jesus.

When I was a teenager, I led my mother to Christ. She never thought God could forgive her for all she had done (partier, married several times, almost aborted me, etc.). But that day God got her, and she crossed the line of faith for good. 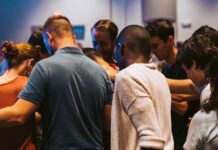 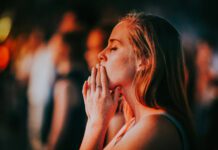 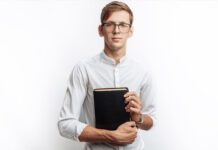