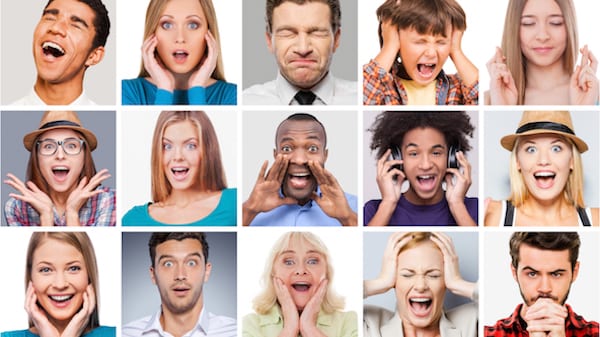 Meet the nine types of Christians you meet on Facebook! See anyone you recognize?

Note: This post is NOT written at anyone in particular. It’s all in good fun. To paraphrase the song, you’re so vain you probably think this post is about you. It’s not. Please refrain from sending me angry emails.

Andy wants you to know just how awesome every part of his life is. God is totally into Andy. Andy frequently likes to use the hashtag #Blessed, as in, “Just got a $10,000 raise at work! Gonna buy that jet ski! LOL #Blessed”. If things are really awesome, Andy may employ #DoubleBlessed, or the rarely seen, most heavenly of all hashtags, #Blezzed. Andy is definitely living his best life now.

Vanessa uses Facebook as a way to “get things off her chest”, which is somehow different from complaining. If she has a bad day at work, she will definitely let you know, usually with multiple exclamation marks!!!! And perhaps a link to a music video which makes her feel better. Her friends will commiserate with her in the comments, even though they secretly wish she would just stop complaining about her First World problems.

Owen exclusively posts Scripture verses and John Piper quotes. If you post a picture of you enjoying a steak, he will comment, “Think of how many orphans could be fed with that steak.” If you mention that you are enjoying the new Mumford and Sons album, he will passive-aggressively correct you by posting the Scripture about being in the world but not of the world. Owen gets “unfriended” quite frequently.

Olive has very strong opinions about every possible subject, and she will share them with you. All. The Time. She is constantly sharing incendiary articles written by rather shaky sources about vaccines, common core, paleo eating, vegan eating, paleos eating vegans, flu shots, and juice cleansing. The world is her soapbox, and she never steps off it.

Mike goes to your church. Mike says he is a Christian. Mike posts things on Facebook that make you raise your eyebrows. Like photos of him doing keg stands.

Rick somehow manages to connect every problem to the Democratic party. Was it this cold when Bush was President? Thanks Obama! Rick writes posts on his Xanga blog about how the Democrats are ushering in the rule of the Anti-Christ. Rick also owns a lot of firearms. My transmission blew out today. Never had the problem when Reagan was in office!

Thanks to Facebook, Quentin has discovered that she looks just like Taylor Swift, is most like the Apostle Paul, would be Wonder Woman if she were a Marvel Superhero, and is best described by the word “compassion”. Quentin really needs some affirming friends in her life.

Gina regularly posts photos which say, “I love Jesus. REPOST IF YOU AGREE.” This puts you in a rather difficult spot. The photo is of a super cheesy, caucasian, long, flowing hair Jesus. You have no desire to post the photo. But if you don’t post it, does that mean you don’t love Jesus? SO MUCH GUILT!

This article about the types of Christians on Facebook originally appeared here.