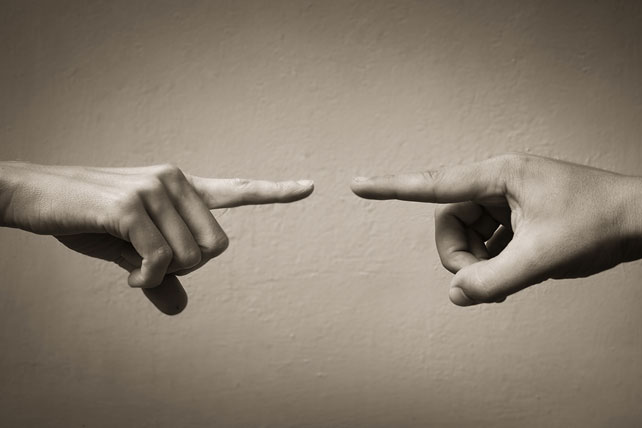 Do we have the correct view of Sodom and Gomorrah?

I had just watched the second plane collide with Twin Tower number two the morning of September 11. I was huddling around a T.V. with a few other people from the community in our church gathering room.

That’s when I heard someone say something I will never forget.

It just kind of rolled off his tongue with giddy anxiety and a dash of righteous indignation—”This is great, God’s finally getting America’s attention!” he said.

What?! I Thought. I couldn’t believe he actually said those words.

It was a complex moment; America was in utter chaos, and we were all trying to make sense of it. I wanted to give him the benefit of the doubt, so I took the bait, “What are you talking about?” I asked.

That’s when he went into a tirade about America and homosexuality, sin and judgment.

How Do We Understand Sodom and Gomorrah?

It made me angry that someone who followed Christ would come to such a merciless application at a tragic time like September 11. This was a time for compassion and prayer, not judgment and prophetical blaming, right?

In other words, after 2,000 years, the church is still wrestling with Sodom and Gomorrah.

There’s no doubt the story of Sodom and Gomorrah has created a cultural rippling effect throughout history. Many churches today believe homosexuality is a distinct and wicked sin, above others, worthy of its own level of punishment and damnation.

In this worldview, it’s easy to peg our downfall as a “Christian” country on the sins of homosexuals. But, are they really getting Sodom straight? And are we?

Yes, the Bible says there were homosexuals in Sodom. Yes, they were engaged in sexual immorality. And, yes, this was detestable to God, but it’s only part of the story.