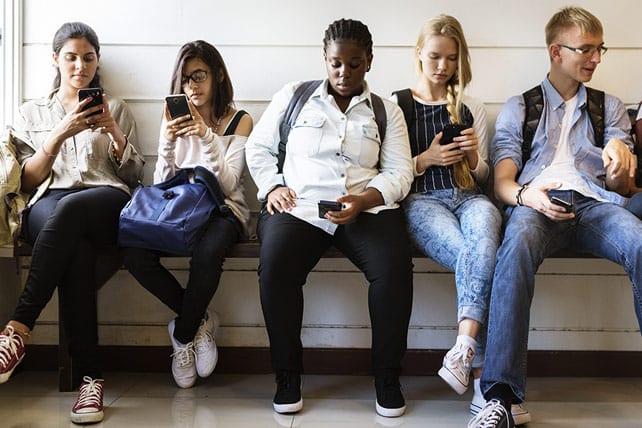 Face it. We’re saturated with media.

Yesterday when I got up, the first sound I heard was the music oozing from my girls’ iPods through their docking stations. Moments later, as my 15-year-old daughter Alyssa came downstairs to breakfast, she was texting a friend about homework. Meanwhile, my 13-year-old Ashley quickly jumped online to check the weather. Five minutes later, we were in the car and Ashley routinely plugged her iPod into the car’s system so we could all benefit from hearing her music on the way to school.

I’ve read all the reports about media saturation. Our family doesn’t leave the TV on, my kids don’t have Internet connections in their room, and I’m very proactive about monitoring our home’s level of media saturation. But the fact remains, it was only 7:32 a.m.… and we were already soaked.

Just how media saturated is the average home in America?

Getting to the Truth
Nielson, Kaiser Foundation, Pew Internet, The American Academy of Pediatrics… they’re all doing research about media saturation and the effect of media in the lives of young people. Lucky for us, they all seem to basically agree with their conclusions. But the funny thing I’ve noticed is how newspapers, magazines and TV reports filter the data. After all, the news has to be interesting… even shocking, right?

Here’s how it usually works. One of these groups of experts will release a study followed by a press release. Journalists read the studies and write their opinions, quoting the numbers that leap off the page. The common folk begin reading these articles and listening to the findings on the Today Show as they get ready for work. Pastor Jones stands up on Sunday morning quoting the most shocking of those numbers, and at lunch that afternoon, a group of elderly ladies in a booth at the local diner say, “Did you hear that 98% of teenage girls are prostitutes and drink a gallon of alcohol per hour?”

So don’t pay any attention to those email “forwards” and don’t believe the gossip. Check your sources (I wrote about this in detail before). That’s why you will always see us link our sources, so you can 1.) Know the validity of what you’re reading, and 2.) Take a look at the research with your own eyes.

Here’s some of the latest research on media in the lives of young people.

How Saturated Are We?
This month, Pew Internets’ researcher Amanda Lenhart released a helpful little presentation about the Impact of Technology on the Lives of American Teens. (I told you we linked our sources!) In this little slideshow, Lenhart tries to cut through the hype and get straight to the facts about exactly how media saturated Americans are.

Here are some of the specifics you might find noteworthy from her study—a great summary about how plugged in teenagers are today:

I encourage you to check out Amanda Lenhart’s slideshow on the subject. It’s readymade for you, a great tool you can use to educate parents or leaders about media saturated teenagers today. Amanda is sharp, a trustworthy researcher (some of you might remember when I talked with her in December of 2009 regarding her study about sexting among minors).

As thorough as Amanda’s report was, it didn’t deal with the amount of time kids are actually simmering in front of the TV, the computer, or listening to music. There are several good sources to find this data, the most thorough being the 2010 entertainment media consumption report from Kaiser. We already wrote quite a bit about this report when it was released, but here is a chart revealing exactly how many hours per day students are absorbing entertainment media in recent years, compared to the past: According to this sobering report, kids are now soaking in 10 hours and 45 minutes per day of media in a mere 7 hours and 38 minutes. (This requires multitasking. In other words, they are listening to iTunes while browsing the web, all while the TV is on in the background.) You probably noticed that this is an increase of over 2 hours of daily entertainment media saturation since 2004.

Whenever I show this chart at my parenting workshops, parents are always surprised that kids spend more time watching TV than they do browsing the Internet. But the numbers don’t lie (I’ve blogged about this before), TV still rules the media war. For now, American Idol, Glee and Jersey Shore are still snaring more time from teenagers than Facebook is.