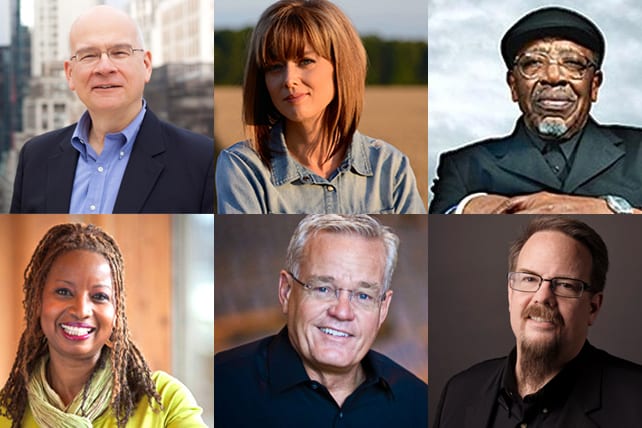 On Wednesday, February 8, 2017, the Washington Post ran an advertisement from World Relief. Instead of asking readers to contribute to the cause of the Christian organization’s mission to help the world’s most vulnerable people through humanitarian aid, the ad took the form of a letter penned to President Trump and Vice President Pence to express their concern over recent immigration policy changes.

While pushback over the immigration ban is not new news, the high-profile evangelical leaders who affixed their names to the letter are newsworthy. Signees include Timothy Keller of Redeemer Presbyterian Church in New York, Christian author Ann Voskamp, Bill and Lynne Hybels of Willow Creek Community Church, preacher and author Max Lucado, Pastor Eugene Cho of Quest Church, Leith Anderson, president of the National Association of Evangelicals, and Ed Stetzer, Executive Director of LifeWay Research.

In addition to these high profilers, World Relief has provided an online platform for sympathizers to show their support of the case of refugees. The letter, which has been signed by over 3,000 people now, expresses concern over the Trump administration’s recent actions to stop refugees from entering the United States. “This executive order dramatically reduces the overall number of refugees allowed this year, robbing families of hope and a future. And it could well cost them their lives.”

The letter emphasizes the need to help not only Christians fleeing persecution in volatile nations but also “vulnerable Muslims and people of other faiths or no faith at all.” As the writers point out in the opening paragraph, Jesus told us to “love our neighbor as we love ourselves.” As we are taught in the parable of the Good Samaritan, our neighbor constitutes anyone fleeing violence or persecution.

Concluding with a respectful appeal to Trump and Pence to reconsider their stance, the writers also express their commitment to pray for them. “Our prayer is that God would grant President Trump and all our leaders divine wisdom as they direct the course of our nation. We also pray for the vulnerable individuals whom their decisions directly impact.”

The letter was not silent on the politics involved in the refugee issue, acknowledging the government’s duty to protect the nation, however, as Leith Anderson stated, “while politicians debate and courts deliberate, we are Christians who pray for refugees.” In a previous article published by the Washington Post, Ed Stetzer states his concern that the President’s new policies are “operating on generated fear rather than facts.”

Stetzer summarizes the intent of the letter well when he says, “I hope the Trump administration hears our concerns that we have a safe and compassionate refugee policy.”