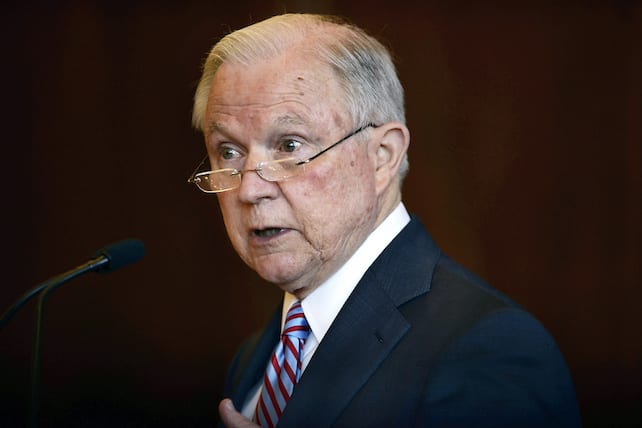 Attorney General Jeff Sessions used Scripture to defend the Trump administration’s approach to illegal immigrants, which has prosecuted numerous asylum-seeking adults and consequently separated some 700 children from their parents since October. Quoting Romans 13, Sessions admonished those concerned to remember Scripture commands us to “obey the laws of the government because God has ordained the government for his purposes.”

In Fort Wayne, Indiana, on Thursday, June 14, 2018, Sessions specifically addressed “church friends” who expressed concern “about the separation of families.” The address to “church friends” and “religious leaders” was nestled in the middle of a 32-minute speech on the Trump administration’s approach to immigration.

Sessions also explained how the Obama administration’s approach essentially helped spread the word that if one brought a child to the U.S. border, the authorities would be more lenient with that person and eventually grant them entry. Beginning in 2009, Sessions explains, the “previous administration” released the majority of illegal immigrants caught at the border. People claimed asylum; however, the majority of claims were not valid. For last five years, Sessions says, only 25 percent of claims have been found to be meritorious by immigration courts.

In Sessions’ words, the Trump administration’s message to those seeking to cross the border strikes a different tone. “Bringing children with you doesn’t guarantee you won’t get prosecuted.”

Additionally, Sessions emphasized the adults being prosecuted at the border are the ones who broke the law and “endangered their own children with this trek.” Hence the reference to Romans 13 and Paul’s instruction for believers to observe the law.

So what about the children in detention centers? Sessions says:

“We’re not sending children to jail, however the law requires that children who cannot be with their parents be placed in custody of the department of Health and Human Services within 72 hours. This is HHS (Health and Human Services)—something entirely different from the criminal justice system to take care of these children in a good and decent and proper way.”

The Attorney General stressed that the separations are “short-term.” He maintains the policy of separation is not “unusual or unjustified” and that adults are held for “only a week or two or three.”

Sessions also wants “church friends” to be aware that if the adults go to one of the United State’s “many ports of entry” to claim asylum properly, they are not prosecuted and the family stays intact, pending the legal process. In fact, Sessions admonished religious leaders to spread the message that those who come should “only come lawfully” and that “it’s wrong for them to unilaterally and unlawfully to seek to enter the United States of America.”

He reminded religious leaders that the United States is “not a church” and that he himself is a “law officer for a nation-state—a secular nation.”

Finally, Sessions used the example of Nehemiah to defend the Trump administration’s push to secure the border. He reminded “church friends” that when the Lord told Nehemiah to go back to war-ravaged Jerusalem the first thing he was instructed to do was build a wall. “I don’t think there’s a Scriptural basis that justifies any idea that we must have open borders in the world today,” Sessions emphasized.

Listen to the entirety of Sessions’ message below.