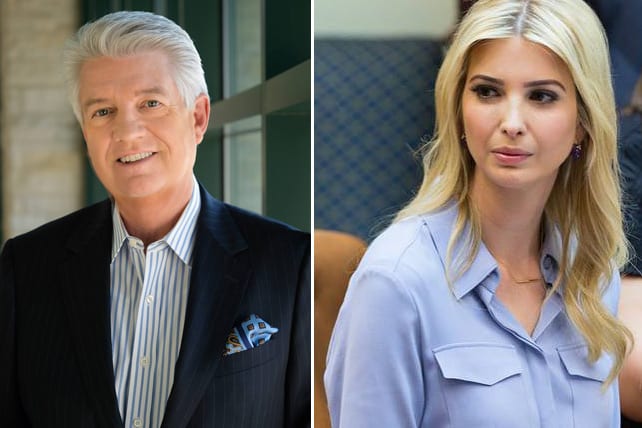 On June 19, Jack Graham, pastor of Prestonwood Baptist Church in Plano, Texas, tweeted about his church’s efforts to care for children who were in federal custody and separated from their parents after trying to cross the U.S. border illegally.

We @Prestonwood are currently working to provide solutions to care for children during this terrible immigration crisis. Our Espanol ministry let by Gilberto Corredera is stepping up to the challenge to express the love of Jesus. We are broken-hearted and determined to act

That simple tweet has gotten 223 likes. But it also caught the eye of Ivanka Trump, the daughter of President Donald Trump and one of his advisors.

She didn’t just read the tweet, Graham told his congregation at Prestonwood’s Sunday service this weekend that the First Daughter donated $50,000 toward the church’s efforts to care for immigrants.

Graham thanked Ivanka for her generosity.

“I’ve had the opportunity to meet with Ivanka Trump a number of times over the last year, and I’ve been struck by her kindness and concern for those in need,” Graham told CBN. “So, it wasn’t that surprising to know that she would want to help these families. But I certainly never expected to hear from her after a simple tweet.”

Graham told his congregation that the money would be used to make an assessment trip to the detention centers near Brownsville, Texas, to determine need and how churches can respond to it. Graham, alongside several of the informal evangelical advisers to the administration, will then plan an event the first week of July for the children being held.

“HHS officials have told us that the basic needs of the children are being taken care of,” Graham said. “What the kids really need most is someone to brighten their day. They need someone to give them hope. Our plan is to create an event for the children that will encourage them and make them smile. Of course, we will also focus on how we can provide financial aid to families to assist them in their situation.”

Since Graham made the announcement on social media, Prestonwood has been receiving calls from congregations and Christians across America who want to participate in the church’s response. Graham believes Ivanka’s donation—the largest contribution so far—will encourage more people to help.

“The beauty of America and the people in our church is that we don’t have to wait for our politicians to sort out their disagreements in order to do what is right,” Graham said. “Our country is facing complex issues that will take time to fix, but this shouldn’t delay or stop our response to the needs of others.

“Our national politics ought not to keep the churches in this country from helping people. In fact, we might have fewer challenges for our nation’s political leaders if churches did more good in their communities. I’m so proud to serve at a church known for its love and care for our community, our state, our nation and the world. All of this, of course, begins with our love for Jesus Christ.”

Ivanka Trump had been silent on the administration’s immigration policy. She had refused to speak publicly about the issue until her father signed last Wednesday’s executive order, where-after she tweeted in support of ending the separation of families.