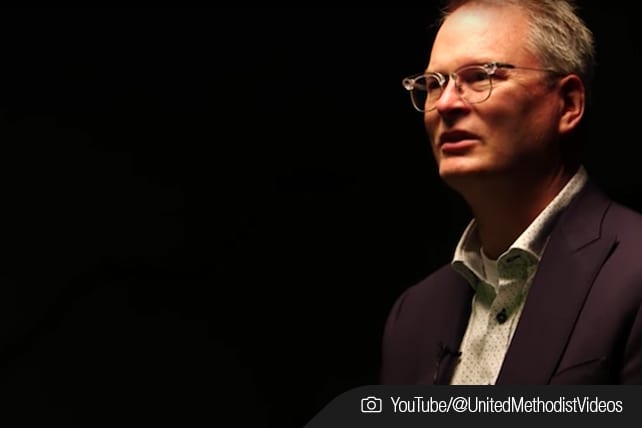 Editor’s Note: Depending on your theological background, you might not understand why some Christians believe homosexuals should be allowed to marry in the church or even become ordained and pastor others. Pastor Adam Hamilton gives a thoughtful explanation of how some Christians view and interpret Scripture. If you’ve ever wondered how more progressive-leaning Christians come to the conclusions they do, Hamilton’s thoughts are definitely worth your time.

While the United Methodist Church is struggling to hold itself together over homosexuality, Adam Hamilton, a pastor of one of the few UMC megachurches, is looking past the issue of sexual orientation; he believes the argument is essentially about how we interpret Scripture and what we define as orthodox. His argument: You can be “orthodox,” hold a high view of Scripture, and still condone same-sex relationships.

“I’d like to suggest that the topic that is leading us toward division is not actually same-gender marriage…the topic is really Scripture.”

This shift is troublesome to Hamilton, who notes, “It’s interesting that [a statement on sexual orientation] doesn’t show up in any of the creeds.”

Hamilton said for the first 10 years he led Church of the Resurrection in Leawood, Kansas (the UMC’s largest church), he would have considered himself a “traditionalist,” which is a person who welcomes same-gender attracted people, yet believes that same-gender relationships do not fall in God’s will. However, more recently Hamilton has changed his view on the topic—more appropriately, his view of Scripture has changed.

What Exactly Does It Mean to Have a High View of Scripture?

A “high view” is a subjective term. As such, it’s open to interpretation.

Hamilton says your average UMC member does not use the words “inerrant” and “infallible” to describe Scripture (although some do), and this fact causes critics of the denomination to argue that Methodists don’t have a high view of Scripture.

In other words, someone who has a high view of Scripture may not take the Bible literally, but he or she takes it seriously.