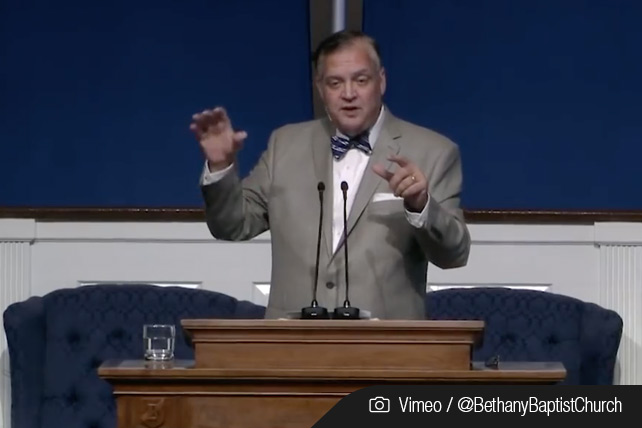 Al Mohler has been grappling with social justice for many decades now. While he appreciates the discussion the controversial Statement on Social Justice and the Gospel is stimulating in the church, the President of Southern Baptist Theological Seminary (SBTS) could not bring himself to sign the Statement.

Parts of the Statement, Mohler told students at a chapel service at SBTS, are “undeniably true…healthy and wholesome and clearly protective of the gospel.” Other parts, however, are questionable to Mohler. He said he doesn’t understand them and “certainly couldn’t affirm” these parts.

The Statement, which is essentially the brainchild of 14 theologians and leaders such as Josh Buice, John MacArthur and Tom Ascol, consists of 14 affirmations and denials that range in topic from the inerrancy of Scripture to gender roles to racism.

What Does the Statement on Social Justice Say About Justice?

On the point of justice, the Statement can be summarized this way: Justice as defined by the Bible and the gospel is good, while justice defined by a society or culture is relative and “constantly in flux.” While the Bible (inerrant) is like an anchor in an ever-changing world, justice, as defined by society, could be likened to a “reed swayed by the wind.” For this reason, the writers advocate that the church should not get taken up by the latest whim of the culture when it comes to issues that fall under “social justice” but should hold fast to its “primary role.” The “primary role” of the church is defined in the Statement as “worship[ping] God through the preaching of his word, teaching sound doctrine, observing baptism and the Lord’s Supper, refuting those who contradict, equipping the saints and evangelizing the lost.” When the church does these things, there is often a positive effect on the culture and society in general.

Further, the Statement asserts that social activism shouldn’t be viewed as an integral component of the gospel or consistent with the primary role of the church. However, this is not saying that Christians shouldn’t vote or “utilize all lawful means that God has providentially established to have some effect on the laws of a society.” Rather, the Statement asserts that laws don’t “possess any inherent power to change sinful hearts.”

So how does Mohler define social justice? “Where God’s people are, there must be an increasing realization of the justice of God in the society of which they are a part,” Mohler says. Put another way, if God’s people are behaving like God’s people and obeying the instructions of God’s word, there will be a consequential positive effect on society. People will be seen as equal in the eyes of God, the widow and orphan will be cared for, and restitution will be made for those mistreated (as the Bible instructs).

Where Mohler Disagrees With the Statement on Social Justice

While leaders all across the evangelical map are commenting on different points present in the Statement, the point that Mohler spends a lot of time addressing relates to victims.

We reject any teaching that encourages racial groups to view themselves as privileged oppressors or entitled victims of oppression. While we are to weep with those who weep, we deny that a person’s feelings of offense or oppression necessarily prove that someone else is guilty of sinful behaviors, oppression or prejudice.

While Mohler does believe there is a victim “culture and industry” in our society, there are also real victims. “There are victims right now of social forces of oppression,” Mohler says. “Just because those on the radical left point to everything as oppression doesn’t mean that nothing is oppression.”

As believers, Mohler says, we have an obligation “to speak on behalf of the victims and not on behalf of the oppressors.” Mohler implores his listeners to consider the present child abuse crisis our culture is currently dealing with. “There were structures of lies and oppression and cover up that denied [the victims’] injury and perpetuated the protection of the abusers,” Mohler states.