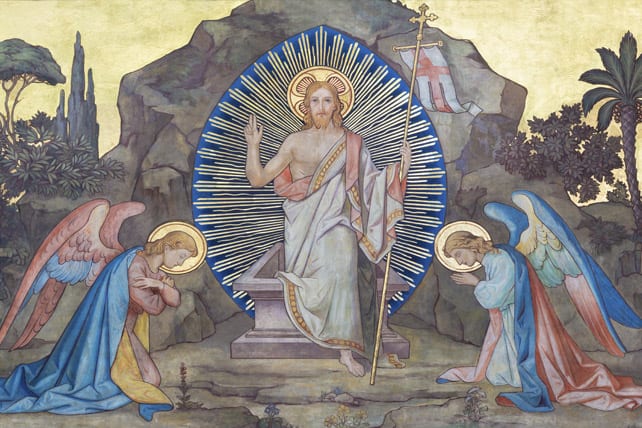 A new poll conducted by the British Broadcasting Corporation suggests that a majority of those who consider themselves Christians in the United Kingdom are not convinced Jesus physically died and rose from the dead.

“Fewer than half of Christians in the UK think Jesus actually died and rose again for the forgiveness of their sins,” BBC Sunday host William Crawley summarized.

More than 2,000 British adults were polled in an online quiz between March 4 and 5. Only 46 percent of Christians believe a “key tenent of the Christian faith,” which is that Jesus physically died and physically rose again as the Bible describes it.

To give some perspective, only 26 percent of the general population of the UK believes Jesus actually died and rose again from the dead. However, the poll also found that the majority of those who attend church at least once a month do believe in the physical resurrection (82 percent).

How Much of the Easter Story Does One Have to Believe to Be Christian?

This is not a new question for the church. Some more progressive Christians such as Adam Hamilton have discussed in detail whether to take Scripture literally. While he concerns his thoughts mostly on how we ought to view homosexuality in light of Scripture, the essence of his statements on biblical interpretation relates to this discussion as well.

Anglican Priest Dave Tomlinson told the BBC the reason a lot of people don’t believe in a physical death and resurrection of Jesus is that it “just doesn’t make sense.” The idea that it took Jesus’ brutal death on the cross to bring all of humanity back to God “makes God out to be some kind of weird monster, really,” Tomlinson says. He pointed to the fact that many believers are struggling with this idea, including a growing number in the evangelical tradition.

The idea that we may have misinterpreted the necessity of and meaning behind Jesus’ death is precisely what Brian Zahnd spent the better part of an interview discussing with us on our podcast.

Is This an Issue of Belief Vs. Faith?

So can one be a Christian and question whether Jesus actually died and rose again? This is a question the BBC posed to two subject matter experts. Lorraine Cavanaugh, a theologian and Anglican priest representing the view that one can be a Christian without believing in a physical death and resurrection, and Jo Frost, Director of communications for Evangelical Alliance representing the view that belief in a physical resurrection is integral to the Christian faith, joined the conversation.

Cavanuagh’s argument took the tactic that there is a difference between belief and faith. Many people aren’t thinking in terms of belief, instead they’re looking for something “much deeper and more complex, which we might possibly call faith,” Cavanaugh suggests. Faith, in contrast to belief, has to do with “encountering the crucified Lord.” To Cavanaugh, being a Christian is not so much signing off on a statement of belief as much as having an encounter with Jesus which elicits faith.

Is This an Issue of Biblical Literacy (or Lack Thereof)?

Frost, on the other hand, believes this poll suggests a problem with biblical illiteracy. She points to the fact that the poll showed that the majority of those who attend church at least once a month do believe in the physical resurrection.

When pressed on why does “someone have to be tortured and die on a cross in order for God to express love and forgiveness,” Frost responded by pointing to a Bible verse. Referring to Revelation 13:8, Frost implies that God showed compassion and mercy on us by anticipating and making a way for Jesus’ sacrifice even before the foundation of the world.

Still, some may struggle with the historical evidence for Jesus’ death and resurrection, a question which author Lee Strobel took upon himself to answer. Strobel, who used to work as a journalist for the Chicago Tribune, found “an avalanche of historical data” to support belief in the physical death and resurrection of Jesus. Be sure to check out the evidence he found.

We’d love to hear what you think about this discussion in the comments below.