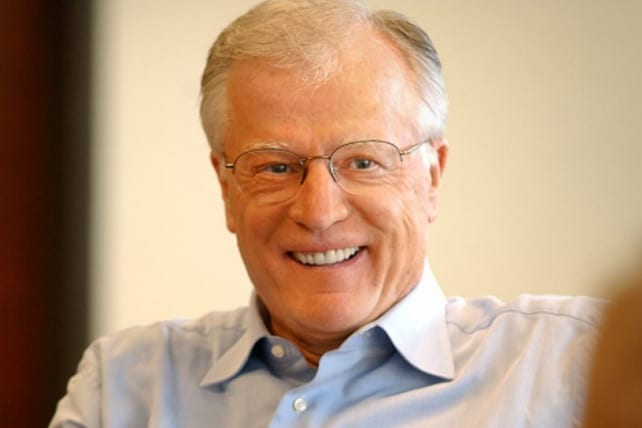 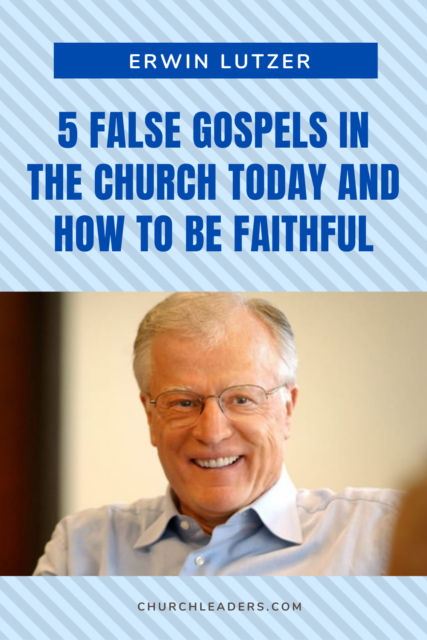 In a new podcast, Dr. Erwin Lutzer discusses the importance of Christians knowing how to follow God well while being a minority in a hostile culture. Among other topics, Dr. Lutzer laid out five “false gospels” we need to beware of and emphasized the importance of having compassion even as we refuse to compromise the truth.

“How do we live at a time when our light is perceived as darkness?” asked Dr. Lutzer, former senior pastor of The Moody Church in Chicago. “Or to put it differently, how do we live faithfully in a culture that has lost its way?”

In the hour-long podcast hosted by Dallas Theological Seminary, Dr. Lutzer discussed some of the key ideas he covers in his new book, The Church in Babylon: Heeding the Call to Be a Light in the Darkness. He believes that the biblical books of Daniel and Jeremiah are helpful for answering the questions he posed above. One challenge Christians need to navigate is knowing where to “draw the line,” that is, knowing when to refuse to go along with something that culture is pressuring them to do. “I find that in this culture, many Christians have to make up their mind as to where that line is,” he said.

Dr. Lutzer observed that the Jews tolerated quite a lot from their culture. In Jeremiah, God commanded the Israelites to pray for the prosperity of the city where they were exiled. Even though the king of Babylon was evil, God put Daniel and his friends in a position of serving that king and becoming immersed in the Babylonian language and culture. Nevertheless, Daniel and his friends still determined where to draw “the line.” Daniel refused to eat the king’s food. Shadrach, Meshach and Abednego refused to bow to the king’s image. Similarly, said Dr. Lutzer, we can accept parts of our own culture, while rejecting others.

“Are we willing,” asked Dr. Lutzer, “to have the courage that we need to draw that line and to say, ‘I’m willing to take the consequences as long as I’m committed to obedience to the Lord’?” He offered as an example a Christian teacher who was told that if he didn’t celebrate (not just tolerate) same-sex marriage, he would lose his job. For that teacher, that was a line in the sand.

At the same, we must be on guard against self-righteousness, pride and condemnation. Said Dr. Lutzer, “We must be able to handle [difficult cultural issues] in a way that is compassionate, that holds to truth, and yet at the same time with such a sense of brokenness, a sense of humility, so that we recognize and we walk that very fine line between love and truth, which…has always been a challenge for the church.”

Sometimes people use Jesus’ harsh words to the Pharisees as an excuse for justifying a similar harshness in condemning people’s sins. But Jesus’ strongest words were for religious leaders who were arrogant and self-assured. “If all that we can do is point fingers at the culture and tell them that they are going to hell,” said Dr. Lutzer, “that just turns people off.” A better model for approaching those who don’t know God is how Jesus treated the woman caught in adultery.

As we bear in mind the importance of speaking the truth in love, Dr. Lutzer warns against five “false gospels” he believes Christians sometimes fall prey to.

“Permissive grace” is the idea that God is so gracious and merciful that we can continue sinning, even after we’ve committed to following Him. This way of thinking can also masquerade as an entitlement mentality. We might think God owes us something, not understanding how deeply He has forgiven us.

Social justice turns into a false gospel when helping other people is overemphasized and divorced from personal salvation. However, Dr. Lutzer clarified that he does believe the true gospel will lead people to do good works (Eph. 2:10).

Dr. Lutzer believes that New Age and Eastern ideas have influenced Christian teachings at times. As an example, he mentioned certain forms of contemplative prayer and the works of Richard Rohr.

By the false gospel of “my sexuality,” Dr. Lutzer means that the true gospel is distorted when churches accept sexual behavior and lifestyles prohibited by scripture.