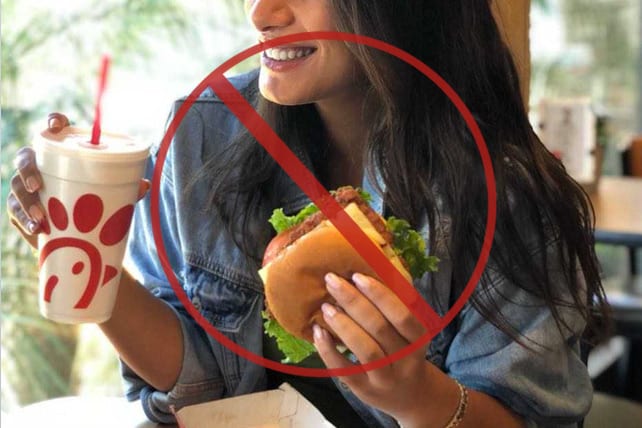 Chick-Fil-A is poised to take over the number three spot on the list of the largest restaurant chains in the United States, sitting just behind McDonalds and Starbucks. Judging from the fast-food chain’s soaring sales, a lot of people are happy about this. However, the notoriously Christian company has met with some resistance on its rise to the top due to its charitable activity. Specifically, critics are calling the company out for what they deem an anti-LGBTQ position by donating to organizations such as the Fellowship of Christian Athletes (FCA) and the Salvation Army.

“We have no policy of discrimination against any group, and we do not have a political or social agenda,” a spokesperson for Chick-fil-A told reporters in November after Rider University in New Jersey decided not to offer the chain as a dining option for its students.

In the past, the company was more vocal about LGBTQ issues, due in large part to its CEO, Dan Cathy (son of the founder, Truett Cathy). In 2012, Cathy said America is “inviting God’s judgment on our nation when we shake our fist at him and say we know better than you as to what constitutes a marriage.” The statement was not without repercussions. Several LGBTQ advocacy groups called for a boycott of the popular fast-food chain. Arkansas Governor Mike Huckabee organized a counter-boycott in turn.

A new round of boycotting has ensued, this time in unlikely places like Texas, where students at a Christian college recently voted to ban the chain’s food from their campus. The San Antonio airport recently decided to exclude Chick-fil-A from its concession offerings.

Despite the boycotts, the backlash and the fact that Chick-fil-A is open one less day than other major fast-food chains, their meteoric growth continues, seemingly unfazed. However, this does not mean that Chick-fil-A has doggedly clung to its unpopular and somewhat vocal position. They did change course with their charitable giving, and officially stated that they would focus on making chicken and “leave the policy debate over same-sex marriage to the government and political arena.”

In the past, Chick-fil-A donated money to the Family Research Council, which the Southern Poverty Law Center labeled a hate group in 2010 because of anti-LGBTQ speech by some of its leaders. After the backlash of 2012, though, Chick-fil-A announced it would no longer give money to political groups.

A report done by ThinkProgress scrutinized Chick-fil-A’s tax returns and determined that while the company claims to have changed its tune, they are still donating to discriminatory organizations. Namely, FCA and the Salvation Army.

It is unlikely Chick-fil-A will stop donating to these two Christian organizations any time soon. Recently, Rodney Bullard of the Chick-fil-A Foundation spoke to Business Insider and explained the company’s approach to giving.

The Foundation works with more than 300 charities that focus on lower-income and underserved youth. In 2017, the company gave $9.9 million to organizations seeking to help youth. Bullard wishes critics such as ThinkProgress would focus more on what the money is actually being used to do and less on the organizations’ beliefs that are using the money. For instance, Bullard says the money Chick-fil-A gives to FCA is used for summer sports camps that are a collaborative effort between the fast-food chain and the Christian organization. The goal of the camps is to allow inner-city youth in Atlanta to experience new sports such as golf, tennis and archery. Bullard says the staff has built relationships with the kids they are trying to serve.

The criticism over FCA is directed toward the organization’s code of conduct for its staff and student leaders. Those who wish to serve with FCA must agree to their Statement of Faith and, specifically, their Sexual Purity Statement. Groups like ThinkProgress find this wording, in particular, troublesome:

But Bullard notes that the camps for inner-city youth do not require attendees to sign or adhere to such a statement. Speaking to Business Insider, Chick-fil-A’s vice president of external communications, Carrie Kurlander, says, “The intent is not to try to have kids conduct their lives according to the FCA code. The intent is to expose them to all of the gateway[s] to college, exposure in sports as role models, all of that.”