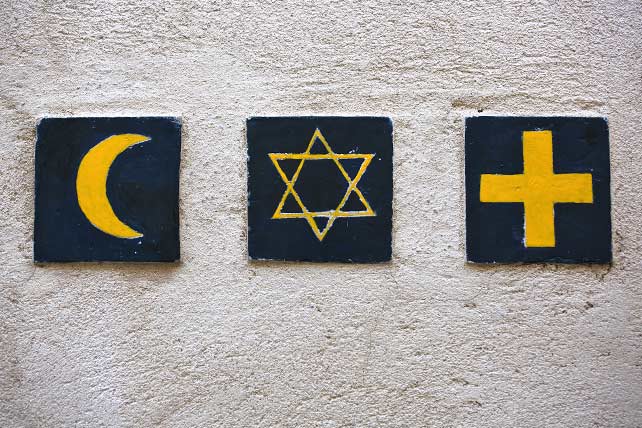 (Note: Before reading this article, you may want to take a short version of the Pew quiz here.)

For Christians, “Who” you know ultimately matters more than what you know. But as a new survey from the Pew Research Center reveals, a lack of knowledge about religion—their own and other people’s—may be impeding Americans’ interactions.

In the February online survey, almost 11,000 randomly selected U.S. adults answered 32 multiple-choice questions about Christianity and other major world religions. The average score was a failing grade of just 14 correct answers. Only nine percent of respondents answered more than 75 percent of questions correctly, and less than one percent aced the quiz.

In general, Americans are familiar with basic concepts of Christianity and the Bible, as well as with definitions of terms such as “atheist” and “agnostic.” But knowledge of other major religions is quite low; for example, only 29 percent of respondents know that the Jewish Sabbath begins on Friday, and only 15 percent know that the Vedas is a Hindu text.

Evangelical Protestants Are Among the Most Knowledgeable

Other factors contributing to better scores include having some higher education, being older, being male, and having religiously diverse friends or associates. Respondents who attended a private Christian school or who attended Sunday school as a child also answered more questions correctly than did people without that background. And adults who say they intentionally try to learn more about their own faith, whether through reading Scripture or interacting with other media, had higher scores than people who say that isn’t a personal priority.

Pew, which usually gauges people’s opinions rather than their knowledge of facts, conducted a similar religious-knowledge survey in 2010. Because the questions and methodology differ, however, researchers say the 2019 results can’t show an increase or decrease in religious knowledge. Plus, they admit, determining what people “should” know about various faiths is quite subjective.

Where Americans Can Use a Refresher

Some good news: 81 percent of U.S. adults know that Easter Sunday commemorates Jesus’ resurrection, and 79 percent correctly understand Christianity’s doctrine of the Trinity. About three-fourths of respondents correctly identified the actions associated with the biblical figures Abraham, Moses, and David (though only 28 percent know what Esther did).

In other areas, however, Americans apparently need a crash course. Only 51 percent know that Jesus (and not one of his disciples) preached the Sermon on the Mount. Only 58 percent correctly identified the Golden Rule as not being one of the Ten Commandments. And only 34 percent chose the correct definition of Catholic beliefs about Holy Communion.

Almost half of respondents say they’re not sure what the term “prosperity gospel” means, with only 22 percent choosing the correct definition. Perhaps most alarmingly, only 20 percent know that Protestantism teaches that salvation comes through faith alone.