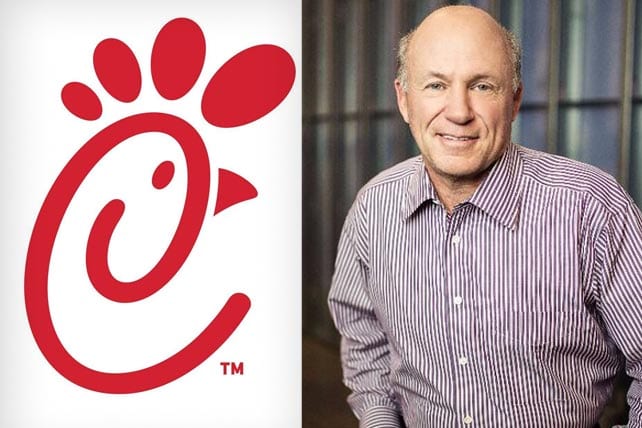 In 2000, about a decade before Chick-fil-A (CFA) would quadruple its growth, the children of CFA founder, Truett Cathy, met with their parents and entered into a covenant. Dan Cathy and his siblings, Bubba and Trudy, promised never to open Chick-fil-A on Sundays, to continue the company’s charitable work, and to be constant in their commitment to follow Jesus.

“We will be faithful to Christ’s lordship in our lives,” said the covenant, according to Business Insider (BI). “As committed Christians we will live a life of selfless devotion to His calling in our lives. We will prayerfully seek His leadership in all major decisions that impact our family and others.”

Truett Cathy’s heirs also promised to make sure their spouses, children, and even their nieces and nephews would be a priority for them. And they promised to keep CFA a private company, which they would “grow conservatively.”

Chick-fil-A has seen dramatic success in recent years. It currently ranks third in the U.S. for food chains with the most sales in 2018, coming in behind Starbucks and McDonald’s (which has first place). What is notable about CFA’s success, however, is the fact that the company has far fewer locations than its rivals. The chain with the greatest number of locations in the U.S. is Subway with 248,000. By contrast, CFA has only 2,400. Yet the average CFA location earned $4.6 million in 2018, far overperforming its competitors. The average McDonald’s unit came in second at $2.8 million, and Subway ranked eighth with $0.4 million.

What’s more, CFA is steadily growing. And because it has fewer locations than its rivals, the company has plenty of room to expand. One restaurant analyst says, “Once you start looking at all these other big metropolitan areas in all these states, there’s room for growth for, not just years and years to come but potentially decades to come.”

It’s easy to forget that Chick-fil-A didn’t always have the marked success it presently enjoys. Founded in 1946, the company had its worst year in 1982, the only year CFA’s same-store sales decreased. The previous year, CFA had experienced a major marketing failure. The U.S. economy was struggling, and the company was facing serious competition from McDonald’s. CFA’s first chief marketing officer, Steve Robinson, told BI, “The cash-flow situation was dire. It was a real potential crisis.”

But even then, the leadership’s Christian values guided their response to that impending disaster. At an executive retreat, CFA’s present-day CEO Dan Cathy asked an important question: “Why are we here?” In response to that question, the leadership prayed and then crafted CFA’s mission statement, which is, “To glorify God by being a faithful steward of all that is entrusted to us. To have a positive influence on all who come in contact with Chick-fil-A.”

And throughout Chick-fil-A’s history, the faith of its leadership has shaped the habits and policies the company is known for. The most notable of these is arguably the company policy of closing on Sunday. This decision, says BI, means that CFA gives up over $1 billion in sales every year. While Truett Cathy’s goal with closing on Sundays was to honor God, BI calls it a “brilliant business decision.” Closing one day a week not only demonstrates that CFA cares about its employees but it also creates a sense of urgency for its customers.

That’s not the only way the Christian faith has shaped the company’s culture. Chick-fil-A is well-known for its hospitality, a value that comes from Truett Cathy’s understanding of the Bible. But Robinson told BI that Dan Cathy was the one who decided to take this vision further and create specific policies based on Matthew 5:41, where Jesus talks about going the extra mile. The result is a culture where employees say, “My pleasure” while handing you a drink refill, and there are flowers on the table.

What Does the Future Hold?

Chick-fil-A’s rise is something to behold, but all companies must adapt in order to continue existing. It will be interesting to see how the heirs of the Chick-fil-A legacy implement the principles of their covenant as they lead their company into the future.