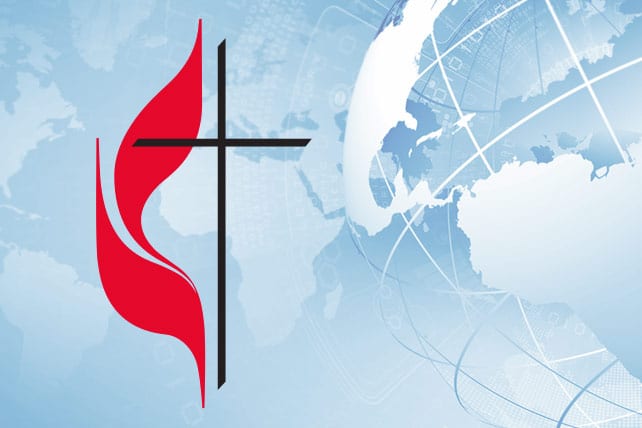 As a United Methodist Church split looms large due to conflicts over homosexuality, various options for the denomination’s future have now been submitted. These proposals, due last week, will be considered at next year’s General Conference in Minneapolis. UMC leaders will meet from May 5 to 15 to determine the future of America’s second-largest Protestant denomination.

The full text of these proposals, or petitions, will be available after they’re translated into the conference’s four official languages: English, French, Portuguese, and Kiswahili. The deadline for providing the 862 delegates with all the petitions—via an Advance Daily Christian Advocate—is February 5, 2020.

The Traditional Plan Passed in February

In February 2019, after intense debate at a Special Session of the General Conference, the UMC voted to maintain a traditional stance on homosexuality, not allowing gay clergy or same-sex marriages. Since then, talk of schism has intensified, donations have declined, and some congregations have left the denomination.

The Traditional Plan emphasizes that marriage is between one man and one woman, as stated in the Book of Discipline, the denomination’s consensus ruling document. The plan also supports the UMC’s ban on ordaining “self-avowed practicing homosexuals” and its ban on hosting or officiating at same-sex weddings. It passed in February after a more progressive One Church Plan failed to pass the Legislative Committee. Supporters of the Traditional Plan include UMC bishops in conservative areas such as African countries and the Philippines.

New Plans Up for Consideration Next May

The Indianapolis Plan would split the UMC into at least two different denominations. One would keep the language approved at February’s special session, while the other would remove wording from the Book of Discipline that calls homosexuality “incompatible with Christian teaching.” Additionally, a third denomination might allow full inclusion of LGBTQ people, allowing ordination as well as same-sex marriage ceremonies.

Each new denomination would keep “United Methodist” in its title, and regional U.S. conferences would decide which to join. In other countries, conferences could vote to join a particular denomination or create their own.

A group of 12 United Methodists with varying backgrounds created this plan in Indianapolis this summer. One organizer, the Rev. Kent Millard, president of United Theological Seminary, says, “We’ve discovered the United Methodist Church can’t live in the same house together peaceably, but we can live next door to one another.” He adds, “It’s not a divorce. It’s giving life to expressions of the church that are now in conflict.”

Lynette Fields, a lay leader at an LGBTQ-friendly UMC congregation in Florida, was one of the Indianapolis Plan’s progressive drafters. “Our internal conflict is keeping us from our primary mission to make disciples of Christ for the transformation of the world,” she says. “I believe that an amicable separation or a birthing of new expressions will allow each new group to be healthier, more vibrant and mission-focused.”

Three Other Proposals Under Consideration

The UMCNext Proposal, released last month, attempts to hold the denomination together; however, it lets congregations leave while maintaining access to denominational agencies such as the publishing house. This proposal would remove homosexuality-related language from the Book of Discipline, stop any discipline against gay clergy members, and give pastors discretion about performing same-sex weddings.

The UMCNext Proposal has received support from the UMCNext Coalition, which includes the progressive group Reconciling Ministries Network. The plan resulted from a May meeting in Kansas led by the Rev. Adam Hamilton, pastor of America’s largest UMC congregation. “Most United Methodist congregations have people of differing views and convictions regarding same-sex marriage,” he says. “The UMCNext proposal seeks to reimagine a United Methodist Church for all people.” Hamilton adds that this plan “provides a gracious exit” for congregations wanting to leave and “allows pastors and churches to minister according to their convictions.”

“A New Form of Unity,” proposed in July by two bishops, is a third strategy that delegates will consider in May. Under it, the UMC would split into various self-governing churches that remain in full communion. The denomination would serve as “an umbrella organization to facilitate this new form of unity” among three branches: traditional, open, and progressive.

Bishop David Bard of the Michigan Conference and Bishop Scott Jones of the Texas Conference say they presented “A New Form of Unity as “a thought experiment that we hope others will take seriously and consider as they are making decisions about the future of the church.” Although bishops don’t vote at the General Conference, their opinions are influential.