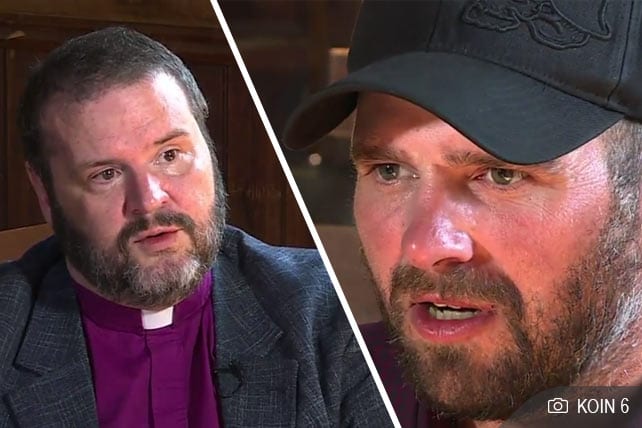 Archbishop James Cloud is a self-described exorcist who says he has “had the sight” since he was a child. He is also a mental health counselor who focuses on helping people recover from substance abuse. His training, says Cloud, is useful for enabling him to tell true demonic possession from a mental disorder.

“I have to differentiate: is this substance use, is it mental health, or is it a legitimate issue that’s going on?” he told Emily Burris of KOIN News. “So, if I can rule out the first two then what I’m left with is something that is potentially legitimate [demonic possession].”

Exorcising Demons Is a Calling

Cloud is based in Medford, Oregon, and is part of the Advent Catholic Church, an independent denomination that is not affiliated with the Vatican. “Instead,” reports Burris, “they align with traditions originating in Europe before the Catholic Church’s schism in 1870 known as Vatican I.”

Exorcising demons is a significant part of Cloud’s faith, something he says was “thrust” on him. He used to minister in the Anglican church before being compelled to leave because of this calling. Cloud says he recognizes that many people are skeptical about the idea of casting out demons. When Burris asked how he would respond to anyone who claims what he is doing is not real, he answered, “If I hadn’t seen half the stuff I’ve seen in life, I wouldn’t believe it, either — until it actually happens.”

He also said that a view of spirituality that excludes the possibility of demon possession is not supported by the Bible: “[Many people] think reality’s very sanitized. When people die, they go to heaven, bad people go to hell, the angels stay in heaven, the demons stay in hell—and that’s not the case. Throughout the scriptures, we see examples of angels interacting on Earth—devils and Satan himself interacting on Earth.”

The archbishop has performed hundreds of exorcisms, and Burris watched him conduct one on a man named Brent Goodrich who said he hears demons hissing in his ears: “They’re constantly, constantly making noise.” Goodrich said he “didn’t think any of this stuff existed prior” to his experience being demon-possessed. But he claimed several demons have been harassing him for the past two years, which is why he contacted Cloud.

At the beginning of the exorcism, Cloud prayed for protection from the Holy Spirit and asked for “the saints, the martyrs, the apostles” to intercede on their behalf. He prayed over Goodrich’s ears and commanded the demons to leave him alone in the name of God the Father and of Jesus Christ.

“They’re jumping from one side to the other and they’re trying to hiss to get back in,” said Goodrich, gesturing around his head. Cloud also spoke in tongues and then said, “You have no power or dominion over this man.” He spent about half an hour praying over Goodrich, telling him that demons don’t usually leave without making “some ruckus.”

Eventually, Cloud said he heard “a crack” and felt a vibration when the demons “slid off” Goodrich. Goodrich said he felt the demons “fighting, yelling, not wanting to obey” and that what Cloud sensed was them running away from the archbishop.

For people who want to prevent demons from coming back, Cloud emphasized the importance of “honing your spiritual life” and not opening yourself to demonic influence through drugs, Ouija boards, or other “dark materials” that are on the internet. In a YouTube video where Cloud explains his experience as an exorcist, he also stressed the importance of faith, saying that without faith, even using scripture against demons will be useless. “The devil knows the scriptures,” he said, which is why true faith in Jesus is essential. “A lively faith,” said Cloud, “comes from a life of obedience to Christ.”