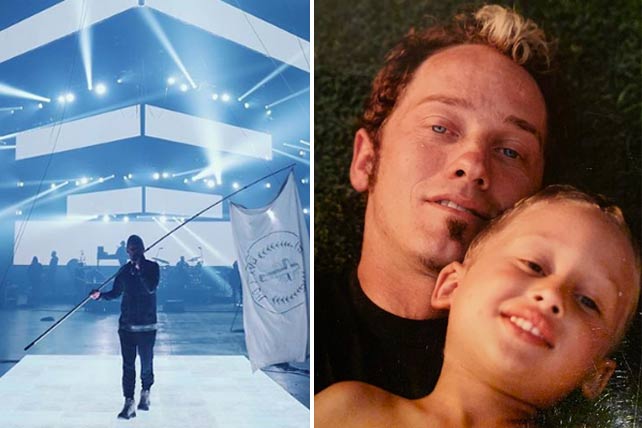 Christian artist TobyMac, who lost his first born son, Truett Foster McKeehan, to an accidental overdose in October of last year, performed his first concert since the tragedy.

Toby has spoken out on social media and even released a new song (21 Years) about how he was feeling after his son’s death, but Saturday night was the first time he has taken the stage since cutting short his TobyMac tour after hearing the news of his son while in Canada last year.

When he took the stage, TobyMac said:

Toby then went on to sing The Elements and over-emphasized the line “This world always tryin’ to rip my family apart.” The chorus then says,

Toby reminds us that only God can give us the strength to make it through hard and impossible times. We are in a spiritual war here on earth (the elements) but as long as we keep our faith in Jesus, we won’t break.

He and his son Leo walked the red carpet at the Grammy’s on Sunday and got to attend Kanye’s Sunday Service in Hollywood.

You can view his speech below. Start at the 8:00 min mark.